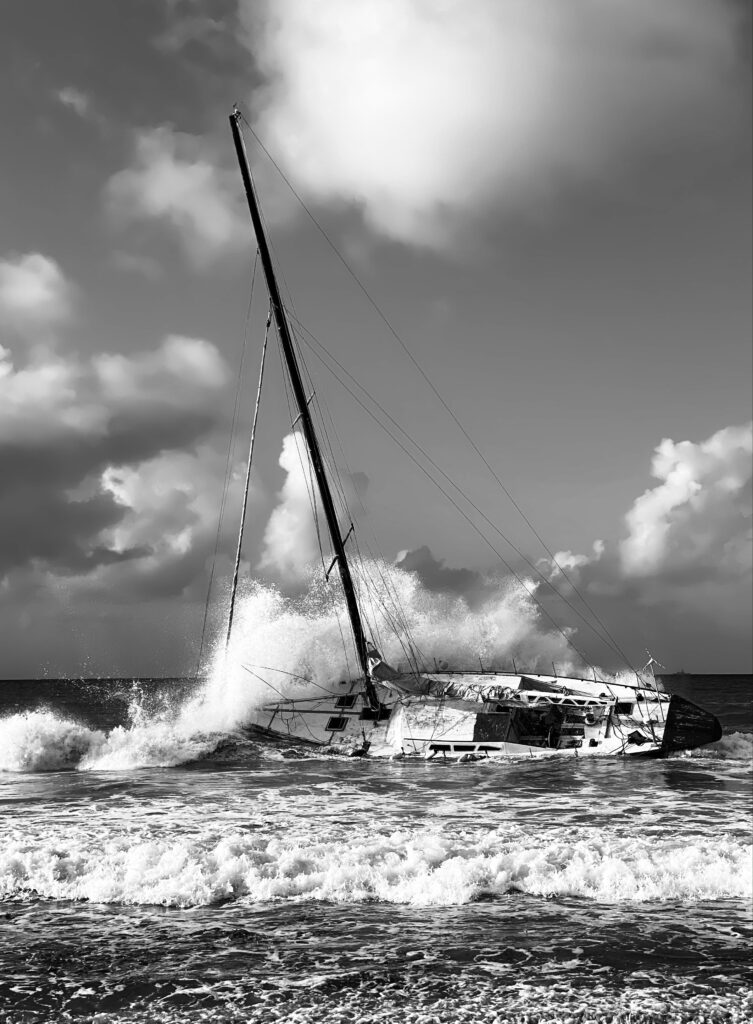 Age of Russia on the beach. Photo: Keith James.

10/11/2020
By Coronado Times, 8 November, 2020.
2020 strikes again. A large racing sailboat became unmoored early Saturday morning during a storm. It then grounded at Coronado’s Central Beach, just south of the main lifeguard tower. Initially, the boat appeared to be stuck in the sand with little damage visible, however, as the waves continued to strike the boat, it split in two and as of Sunday afternoon, the waves were pulverizing it into dozens of smaller pieces.
The name of the boat is the “Age of Russia.” It was built in Leningrad prior to the fall of the Soviet Union and attempted to compete in the 1992 Americas Cup in San Diego. Unfortunately, it was never sanctioned by America’s Cup officials to participate in the trials.  According to blogger Andy Davis, the boat spent time in both Vancouver and San Diego.
Lifeguards on the scene commented that the owner has been contacted and it’s up to the owner to arrange the removal. City workers have been piling up the bigger pieces on the beach and putting safety cones around it to keep beachgoers out of the area. Unfortunately, smaller debris has now been scattered up and down the beach.
See all the devastating photos of the beached boat at the Coronado Times.