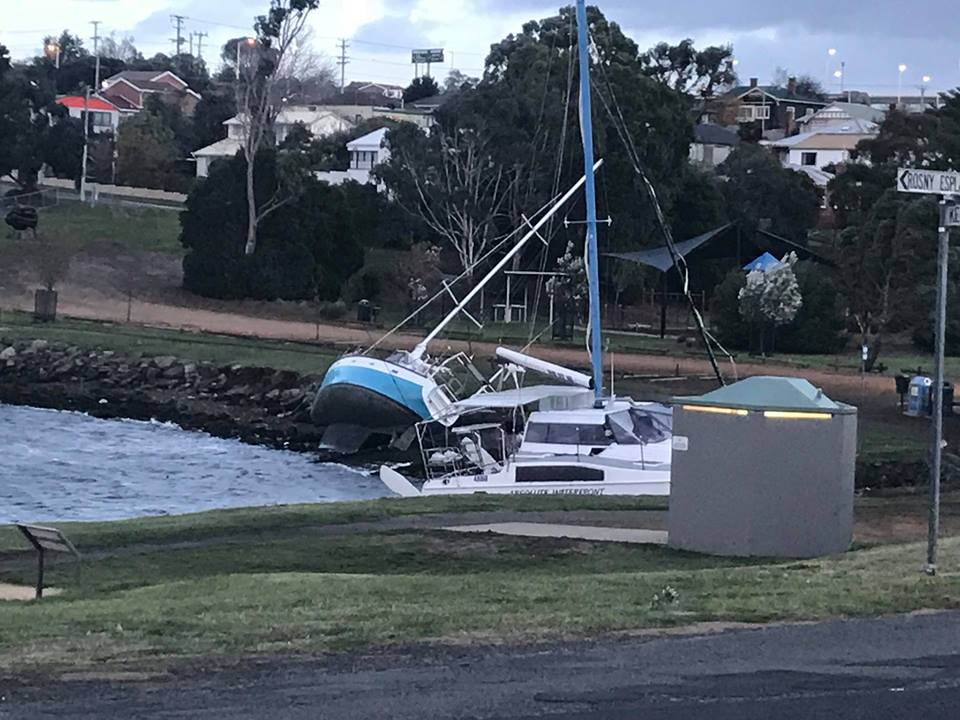 For the second time in ten days, Hobart and parts of south-eastern Tasmania have been hit by severe weather with winds in the early hours of Tuesday, reaching 113km/hour in the Tasmanian capital and 144km/hour on Mount Wellington.

A number of yachts and power boats broke or dragged their moorings on the eastern shore of the River Derwent, homes and businesses were damaged and four historic trees were ripped out of the ground at the Royal Botanical Gardens.

Unlike the first fierce storm, which flooded parts of the Hobart CBD and caused power outages for up to 20 hours, there was little or no rain overnight.

The storm force south-westerly winds roared down from the mountain between 1am and 5am…”constant 40 knots, gusting to 70 knots on the marina” reported one boat owned who went down to check his mooring lines.

The Derwent Sailing Squadron alerted members by email and facebook. “Have you checked your boat?  They might not be where you think they are…there was a bit on last.”

However,  most of the damage to moored boats was on the eastern shore of the river, including four boats aground in Geilston Bay,  north of the Tasman Bridge.

Strong to gale force winds blew again early this morning (Wednesday) with the Bureau of Meteorology last night issuing a gale warning for southern and south-eastern coastal warning and a strong wind warning for the Derwent estuary and other waters south and south-east of Hobart.

No further damage to boats has been reported although the DSS cancelled the Wednesday afternoon yacht race on the river.