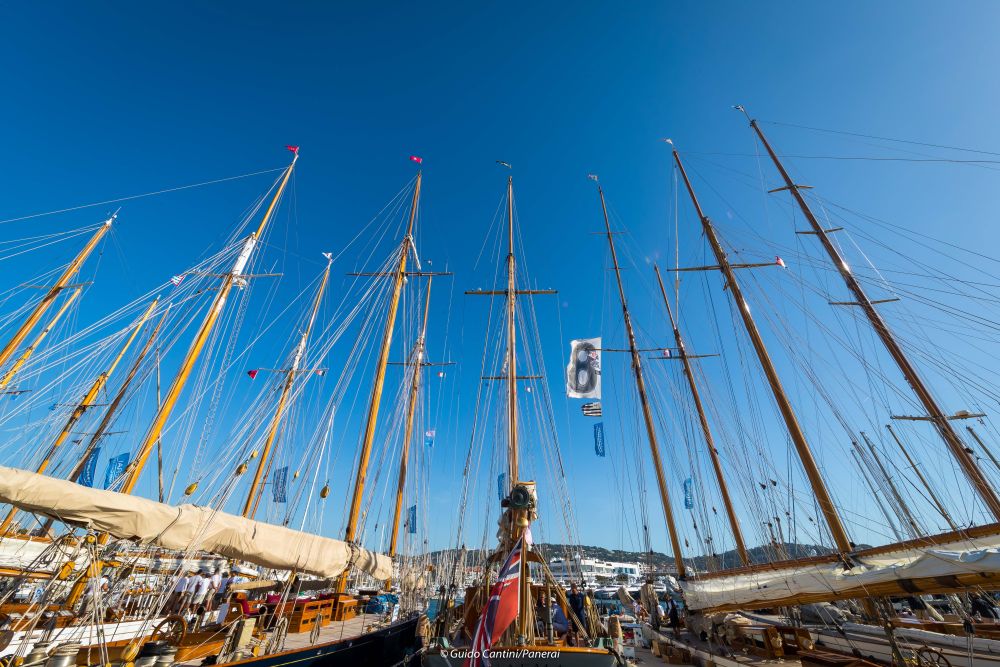 Strong wind and a big swell have halted once more racing at the 40th edition of the Régates Royales – Trophée Panerai. The 200 crews were forced to stay ashore, waiting for the weather to improve. A great opportunity to meet the sailors and get to know the stories of the men and women and of the stunning boats that make the regatta so special.

Over 40 years the regatta that started with only five 8 Metre I.R. racing in the Bay of Cannes, has become one of the top rendez-vous worldwide for classic yachts thanks to the passion of a group of local sailors.

They come from Brazil, Australia, the USA, from Russia and almost everywhere in Europe to race on some of the most handsome classic boats. “They” means sailors from all over the world and from the most varied classes and experiences, from offshore to solo sailing, from Olympic to match-racing and the America’s Cup. The crème de la crème of international sailing from more than 20 countries, is reunited in Cannes this week.

Torben Grael, Abby Ehler, Simon Le Bon and many more…
Brazilian Torben Grael, with his five Olympic medals, two participation and one victory in the Volvo Ocean Race and three America’s Cups, plus an incredible number of world titles this year comes back to Cannes to helm Vanessa. The 1974 design by Italian Giulio Cesare Carcano has been restored under the careful eye of her owner Patrizio Bertelli, fashion brand Prada’s CEO, avid sailor and classic yachting enthusiast. Vanessa and her crew are the most accredited team in the Spirit of Tradition division this year.
She has just finished the Volvo Ocean Race, a nine-months long lap around the world with Dutch-flagged Team Brunel. British sailor Abby Ehler is racing on Blitzen, a 1938 Bermudan sloop, with singer and Duran Duran’s frontman Simon Le Bon, who also took part to the round the world race in 1985 on his 78’ maxi Drum and is a regular presence in Cannes.

“I was 16 and I just moved from the mountains to Cannes with my parents, I was at secondary school. I fell in love of an 8m I.R. and bought it super cheap because it was rotting away due to some customs issues. It was the plastic-fantastic era and nobody wanted it. I didn’t know how to sail and I’ve learned all by myself. Then I met Pierrot Lambert, who also owned an 8 metre and sailed it in any kind of weather. There were three more boats: Folly, Ayana and France that sailed a lot. I was quite unknowledgeable, didn’t even know that 8 metres was not referred to the boat’s length… Pierrot and myself suggested to the yacht club de Cannes to relaunch the Régates Royales. So we were five boats, on a windless September day. The Swiss joined us on the following year and history started…” The full interview to the French sailor at this link.

The weather forecast is for lighter wind over the coming days, as the strong easterly-north-easterly has left the Cote d’Azur on Wednesday afternoon, leaving behind a light south-easterly breeze but a big swell, with waves exceeding 3 metres. On Thursday morning a south-easterly of around 10 knots should increase to reach some 15 knots, enabling the fleet to finally start racing.