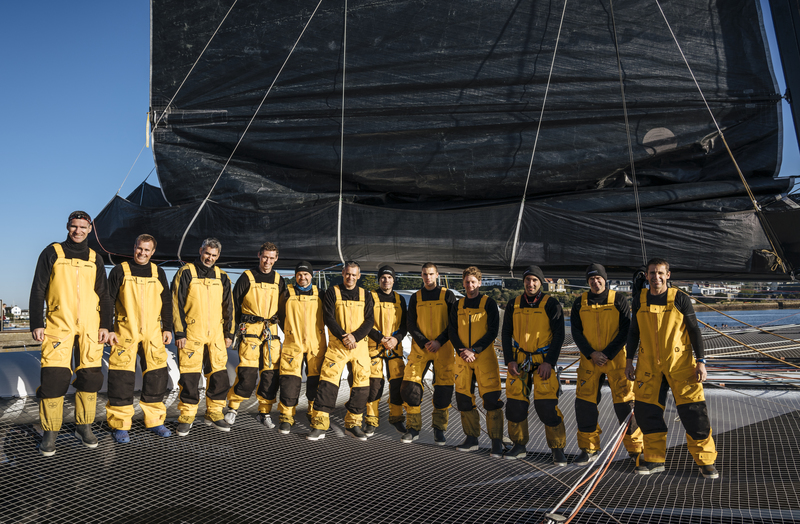 The twelve crew of the black and gold trimaran crossed the line in front of the Créac’h Lighthouse (Ushant) in a very moderate 15k easterly breeze. The relatively calm conditions are a change from the stronger conditions normally associated with a start of a round the world attempt but by daybreak, as Spindrift 2 approaches the Spanish coast, Yann Guichard and his crew should benefit from these constant winds that will veer to northerly strengthening to 25-30 knots and gusting along the Portuguese coast.

It is expected that Spindrift 2 should cross the Bay of Biscay and arrive at the Equator in a little over five days. Once into the Southern Hemisphere, the crew will be able to sail more or less directly to South Africa with a view to cross the longitude of the Cape of Good Hope in less than thirteen days. Once at the entrance to the Indian Ocean, the black and gold trimaran, will be able to assess its performance against the existing record and the potential of completing the 21,600-mile course in record time.