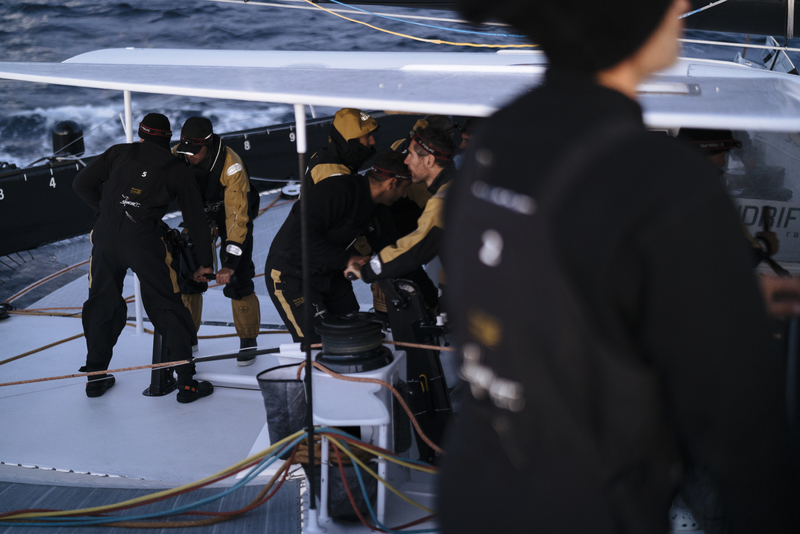 Five days after leaving the dock in Newport, Rhode Island, to set sail for her home port, the maxi trimaran Spindrift 2 returned to La Trinité-sur-mer in Brittany, France after completing her second transatlantic training in as many months.

This was an opportunity for a final ‘dress rehearsal’ in anticipation of the team’s Jules Verne Trophy record attempt later this year. The standby for this non-stop round the world record will begin in mid-November.

Skipper Yann Guichard preferred two transatlantic passages over shorter training sessions along the European coast and, as a result, the team has accrued some 8000 miles of offshore training over the summer period.

“If we had to plan our training again, I would make the same decision and train in a round the world configuration. We have made efficient use of our 12 days offshore. We have had time to test things properly, adjust the watch system, push the boat hard, testing the new sails with the time to do that properly,” Guichard said.

“This would probably not have been the case if we had taken her out on short day passages, especially given the massive logistical aspect of getting a boat like Spindrift 2 on and off the dock.

“The two transatlantics gave us very different sailing conditions with strong VMG downwind conditions (speed / distance in direction of the wind) on the first and a lot of reaching (crosswind) on the second.

“To have these varied conditions and be able to push the boat over longer periods at sea is always interesting. The crew was able to get used to the high speeds and get back into the rhythm of sailing the boat – a bonus for when we start the Jules Verne as essentially this will be strong winds.

“The round the world remains our main goal of the year and this round trip was beneficial for the entire crew and the Spindrift racing team.”

In the coming days, the black and gold multihull will come out of the water so that the technical team can double check the boat after her transatlantic passages in advance of the world tour, whose stand-by is due to start on 18 November.

In the meantime, Yann and his crew will continue their training both at sea and land. In mid-October the team will take part in a training and team building session in the Alps, which will include an ascent of Mont Blanc, should conditions permit.