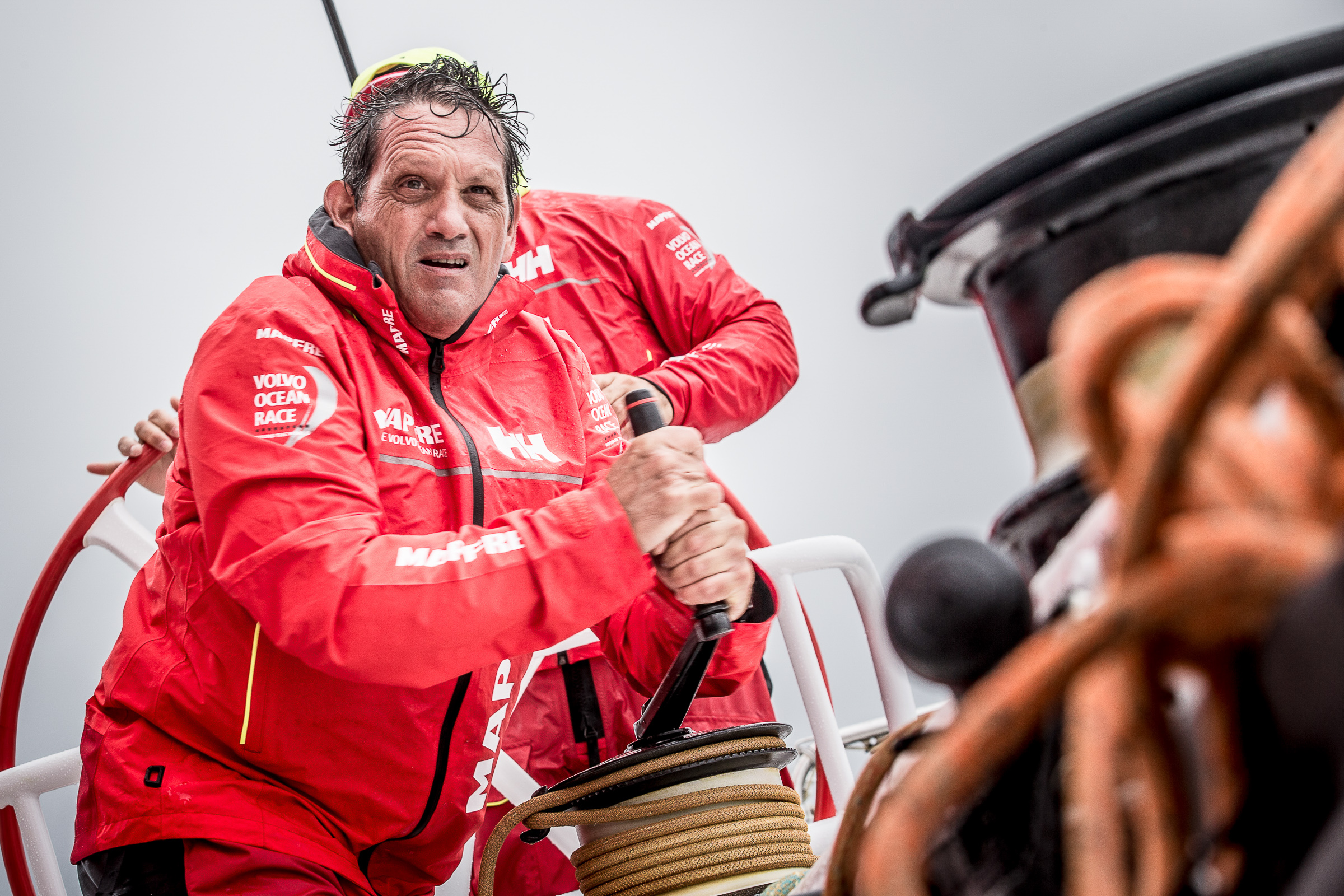 Juan Vila, one of the best navigators in the world, will return to the Volvo Ocean Race with MAPFRE in 2017-18, some 15 years after becoming the first Spanish sailor to win the coveted trophy.

One of the most decorated sailors on the planet, Vila joins MAPFRE having last competed as part of a victorious Illbruck Challenge campaign in 2001-02. Since then, he has gone on to win three America’s Cups. He has also competed in the Olympic Games – and 2017-18 will mark his fifth Volvo Ocean Race appearance.

Vila will link up with the Spanish team, skippered by Olympic champion Xabi Fernández, as navigator – responsible for ensuring the consistent best positioning of the boat to take maximum advantage of the wind and current, and getting the team from point to point as fast as possible.

“This is the best crewed race than any offshore sailor can take part in, so you always keep an eye on it,” admitted Vila, as he joined up with MAPFRE at their team base in Sanxenxo, Spain. “Unfortunately the last few years I haven’t had a chance to take part, as it coincided with other projects, but I always wanted to. I’m delighted that the opportunity has appeared for me again now, and with a team like MAPFRE.”

Vila’s skills as navigator were highly sought-after, and he admits that he had the chance to appear on the start line wearing a different coloured shirt, but turned it down.

“I had conversations with another team as well as MAPFRE, but when I spoke to Xabi and the people involved in the team, I saw the chance to be part of an excellent crew, and didn’t hesitate.”

Vila brings an undeniable amount of experience from other competitions, but a lot has changed in the Volvo Ocean Race sine he last took part in 2001-02 with German campaign Illbruck, and before that with Fortuna Extra Lights, Galicia-Pescanova and Chessie Racing.

There have been huge developments in terms of meteorology and navigational technology, but also the boat itself – the One Design Volvo Ocean 65.

Following his first sail with his new teammates in Sanxenxo, Vila commented: “what I noticed most was how well geared everything is, and how well it all works.”

The announcement comes hot on the heels of MAPFRE's signing of another America's Cup champion, Kiwi Blair Tuke – and team CEO Pedro Campos expressed his delight at the way the squad is coming together.

“It's a pleasure and a great source of pride for MAPFRE to announce the signing of Joan Vila, who, in my opinion, is the best navigator in the world. I have known Joan for many years, and it has always been my dream to have him on our team. Finally that dream has come true. I want to thank him for his trust in us, for joining MAPFRE, and I am sure he will help us achieve a great deal of success.”

Over the next few weeks, as the team continues their preparation in Galicia, further signings will be announced.

The fleet will depart Alicante, Spain on 22 October 2017 and race 45,000 nautical miles whilst taking in a further 10 stops around the planet including Lisbon, Cape Town, Melbourne, Hong Kong, Guangzhou, Auckland, Itajaí, Newport, Cardiff and Gothenburg, before a big finish in The Hague in summer 2018.