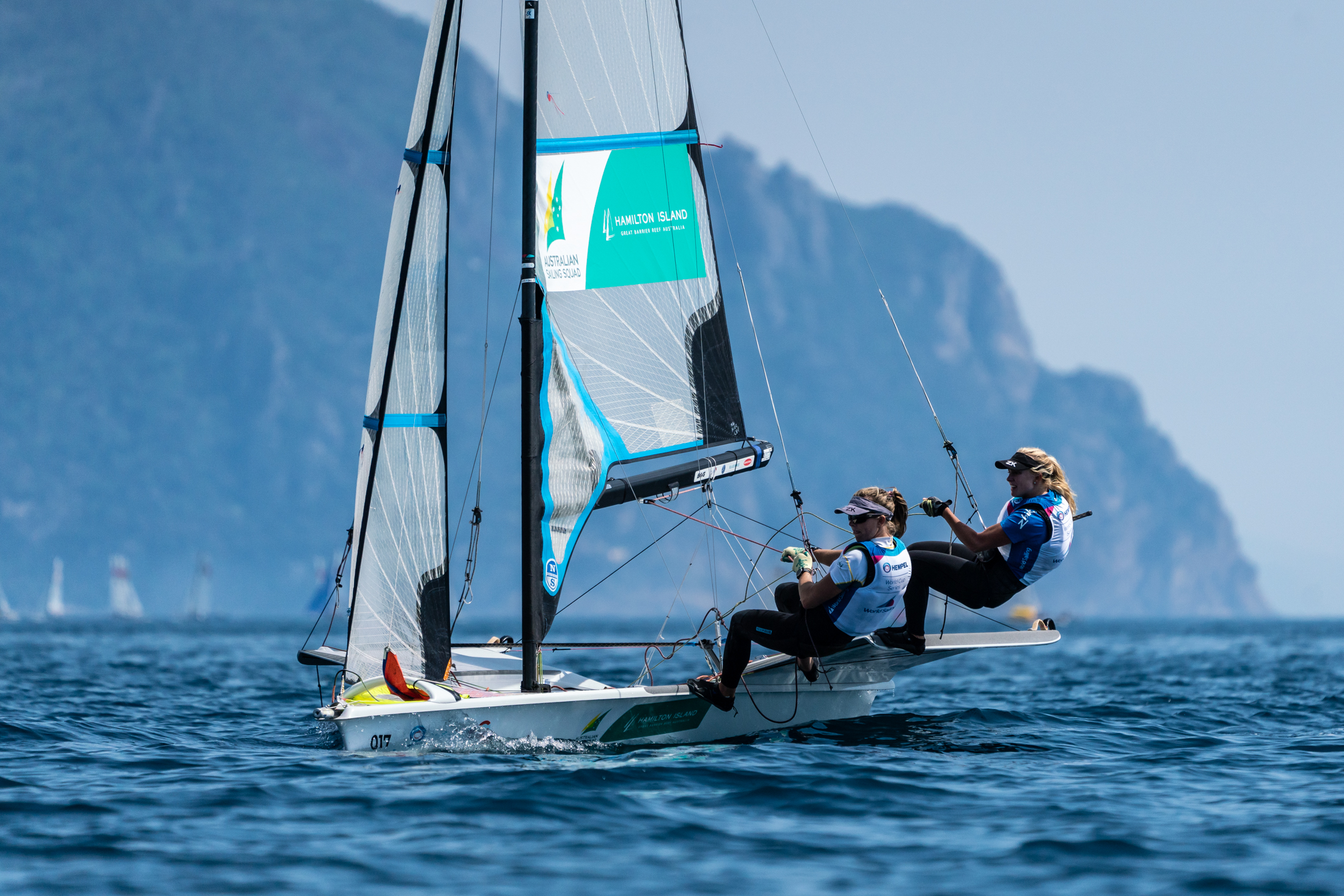 On the fourth day of the 2021 Cascais 49er & 49erFX Championship, the Cascais the Race Area once again did not disappoint, delivering epic conditions for the 49er and 49erFX fleets where Australians Tess Lloyd and Jaime Ryan are in 16th overall.

It was up to the Men’s again to open the day on the most famous race area in Cascais, Guia race area.

The Olympic class fleet found a race course at the time of the first Warning Signal of the first race with a wind intensity of 12 to 14 knots from the north-west direction.

Throughout the 49er race period, the wind increased in intensity, reaching 17 knots on average, in the last race of the day. After finishing the day in second place tied with first place yesterday, the American team of Nevin Snow and Dane Wilson moved into the lead.

Robert Dickson and Sean Waooliove (IRE), had a magnificent day with two bullets and a second. Marco Grael and Gabriel Borges (BRA) maintained third by winning the last race of the day. The Brazilians tied with Ian Barrows and Hans Henken (USA), who had a less successful day with an eighth and two fourth places, losing them the overall lead they had held since Day 1.

The 49erFX class started at 2:00pm local time in an 18 knot north-westerly.

The Championship ends on 9 May with15 races and a Medal Race for each class planned.