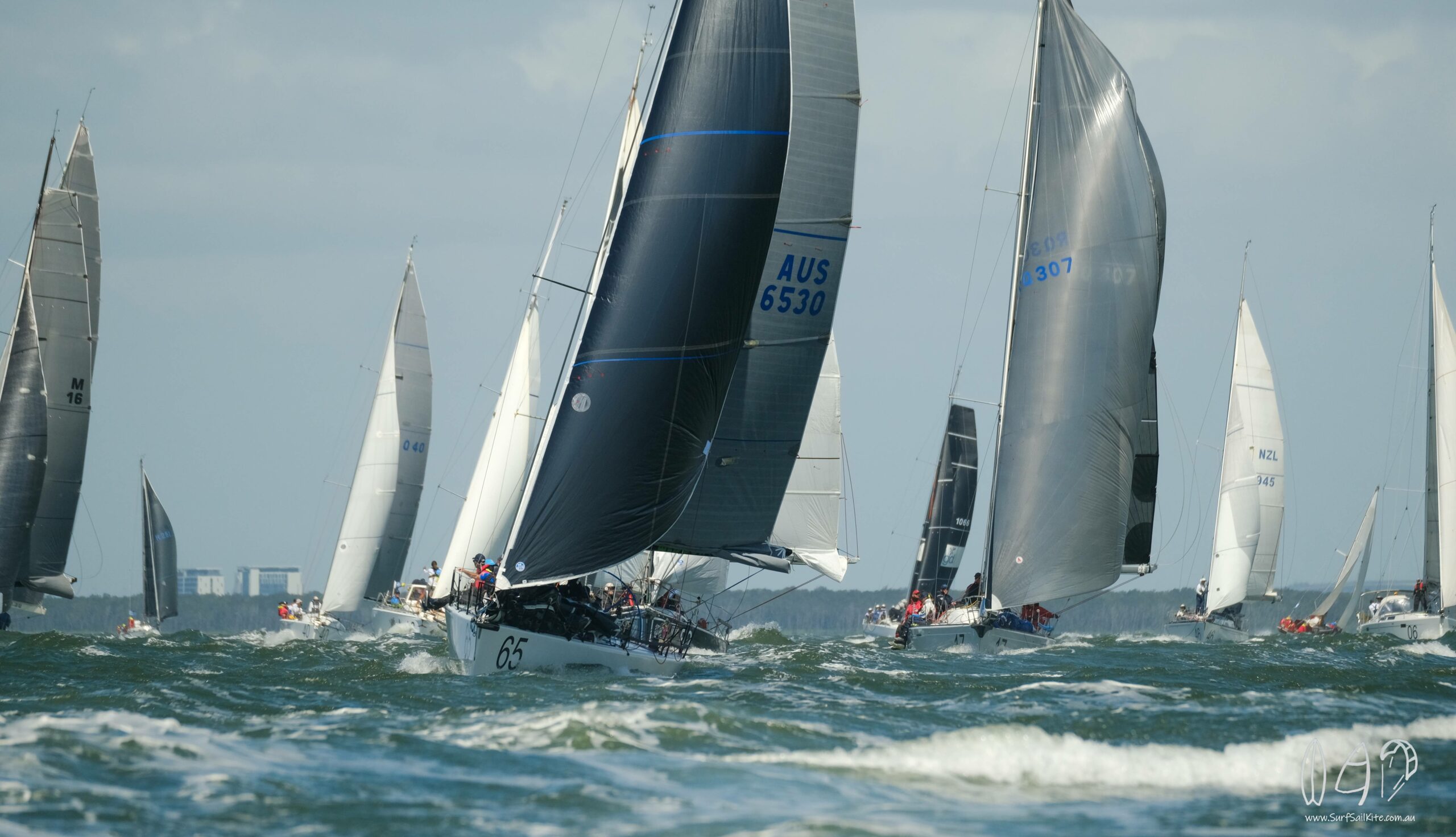 Yachts competing in the Brisbane to Gladstone Yacht Race will set sail on April 15. Pic - SurfSailKite.com.au

The current weather forecast is for south easterly winds for the duration of the race ranging from 10-15 knots.

Ian Gidlow, Commodore of race organising club, Queensland Cruising Yacht Club (QCYC) says the excitement is building with the 74th edition of the Brisbane to Gladstone Yacht Race shaping up to be one of the best in the history of the mighty race.

“QCYC is immensely proud of the reputation and stature of the Brisbane to Gladstone Yacht Race and how the best offshore sailors in the world regard our race and its management,” Mr Gidlow said.

“The race fleet this year will see some of the most competitive offshore racing yachts with skippers and crews that range from top tier sailing professionals who compete throughout the world to family-owned race yachts and credit to all our entrants – each and every race yacht is brilliantly campaigned,” he said.

“Our entrants undergo onerous safety and legal compliance to be able to compete – a process that is diligently managed by the QCYC race officials’ team.

“Furthermore, our team keeps a close eye on seasonal performances to ensure the race handicap system accurately represents the capability of each vessel according to its design which is then measured against performance with our yachts competing for the overall prize – considered one of the ‘holy grails’ of Australian sailing – The Courier-Mail Cup.

“We are thrilled to once again be live-streaming the race to the world thanks to our sponsor, Gladstone Regional Council and their ‘Easter in Gladstone’ campaign so people can watch the race from anywhere around the globe.  Last year, our statistics showed the live stream reached a global audience in excess of 61,000.”

Line honours is expected to be battled out amongst the current race record holder, Black Jack (skipper – Mark Bradford) of 16 hours, 53 minutes and 57 seconds since 2018 and first-time entrant Stefan Hair (skipper – Grant Wharington) along with Alive (skipper – Duncan Hine).

Black Jack returned to Queensland yesterday after making history as the first ever Queensland boat to take line honours in the Sydney to Hobart.  Black Jack was originally scheduled to head to Europe at the end of this month and miss the Brisbane to Gladstone Yacht Race. But the team ‘changed tack’ due to the Russian invasion of Ukraine with the boat now set to remain in the country to contest the Australian sailing season.

The winner on handicap will come down to masterful sailing with numerous past winners amongst the 2021 race fleet.

Five times winner of The Courier-Mail Cup, the Gladstone based Wistari with skipper Scott Patrick at the helm is entered for a sixth crack at the title.

Ichi Ban – which won the 2021 Rolex Sydney to Hobart Yacht Race overall and also won the Brisbane to Gladstone Yacht Race in 2017 and 2018 will also be a hot contender with veteran skipper, Matt Allen leading the boat’s charge to Gladstone.

Many other yachts who have taken past honours or placings in the history of the Brisbane to Gladstone Yacht Race are entered including Kerisima (skipper – Christopher Larsen) and Italian Job (skipper – Michael Johnston) to name a few.

From the start line which is located approximately two nautical miles east of Shorncliffe Pier (Park Parade, Shorncliffe), the yachts proceed via a mark off Redcliffe Point to the North West Channel up to Caloundra and through to Gladstone.

The race start will once again be live-streamed including pre-race commentary which is proudly supported by Gladstone Regional Council’s Easter in Gladstone. There will also be an interactive race tracker which is keenly followed around the globe.

Spectators can watch the race start on water in vessels near the start line OR on land at either the two festivals established to celebrate the start of the race – Sandgate Bluewater Festival and Redcliffe Festival of Sails.

While in Gladstone, the Brisbane to Gladstone Yacht Race is celebrated throughout the Easter weekend thanks the Gladstone Regional Council’s ‘Easter in Gladstone’. For more information, see: https://www.gladstone.qld.gov.au/easter