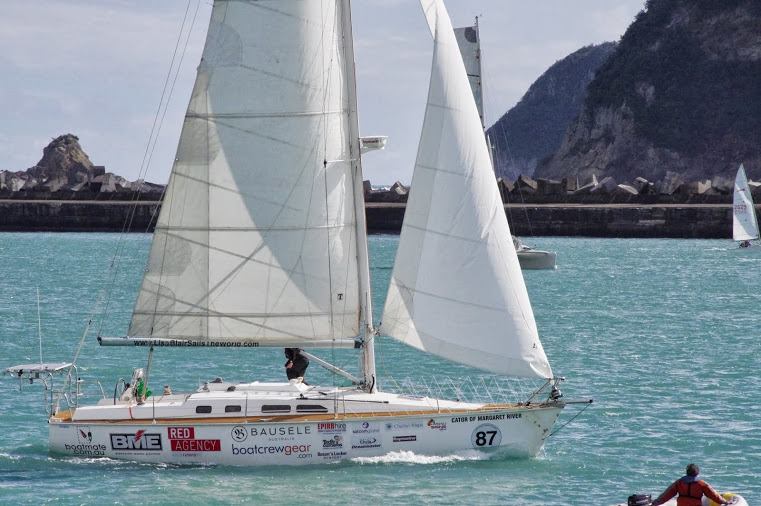 Lisa Blair at the start of the 2013 Solo Tasman Race.

Sitting around at home with nothing to do? The trans-Tasman Challenge has opened its website for entries for the next race in 2022.

The idea of holding a yacht race across the Tasman sea to Mooloolaba originated in the late 1960s. The only other singlehanded ocean race in the world, at the time, was the Observer Singlehanded Trans Atlantic Race (OSTAR) from Plymouth (UK) to Newport , Rhode Island, USA, and it was attracting large numbers of people.

For the upcoming race the finish port has been moved to Southport.

Back in the 60s New Plymouth Yacht Club NZ, contacted Royal Western Yacht Club who ran the OSTAR and adopted the same rules for the trans-Tasman event. Iconic English singlehanded sailor, Sir Francis Chichester, who had been an an OSTAR founder, also gave his wholehearted backing and support to a Tasman race.

The first race attracted five entries, three from NZ, one from Australia and one from USA – an international race. So began an event unique to New Plymouth and of endless interest to the yachting fraternity of Taranaki, New Zealand and the world.

Lisa Blair used this race as a warm-up for her future solo sailing adventures including the circumnavigation of Antarctica.