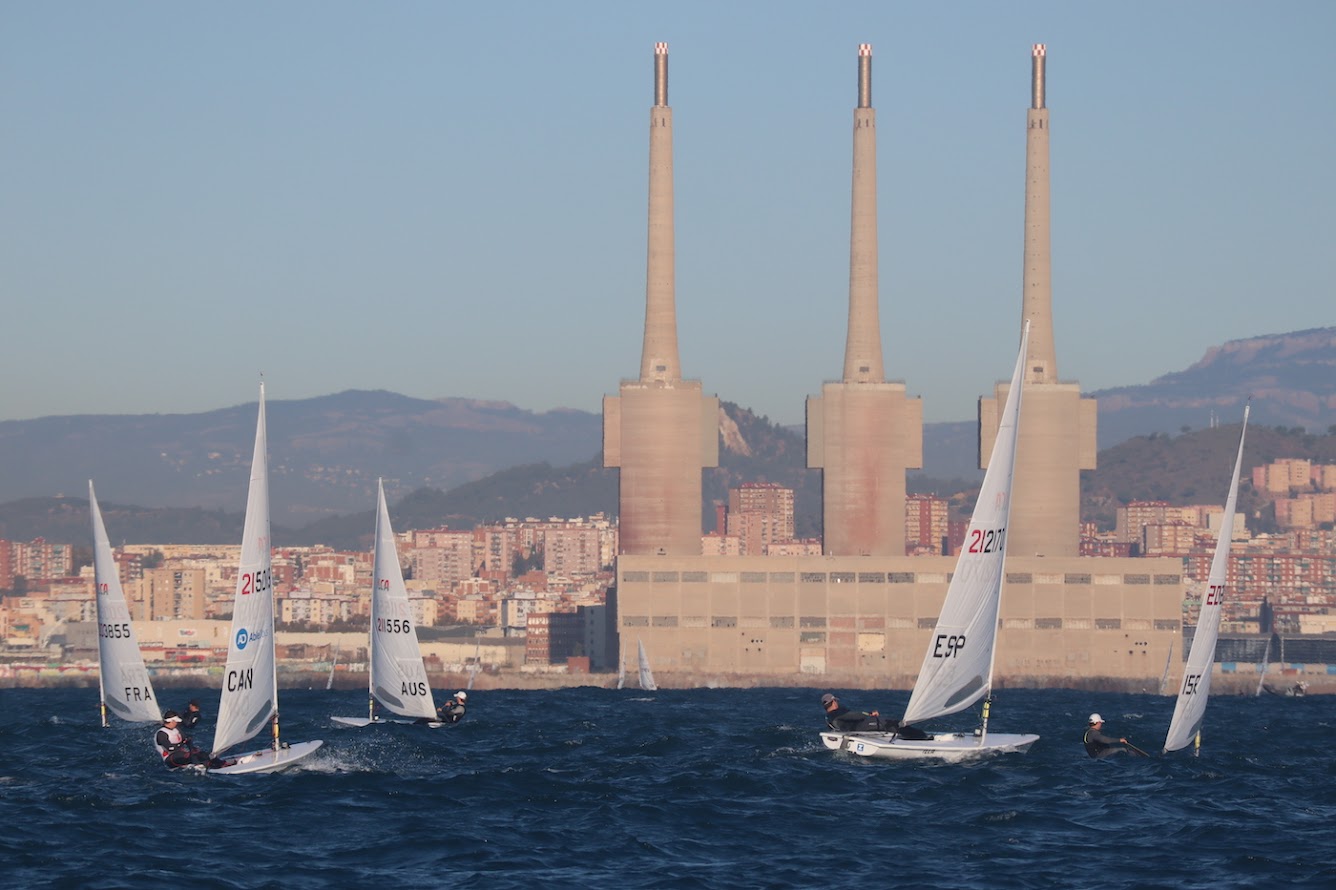 Racing recommenced on day four of the ILCA 7 World Championships following long delays earlier this week due to lack of wind.

It was a tough day of racing for the Australian Sailing Team ILCA 7 squad as marginal conditions challenged their starting skills and finesse.

Three races were completed overnight (Day 4) in Barcelona, Spain to conclude the Qualifying series. An early start allowed the race committee to capitalise on the morning breeze that is generated from the cold land.

Zac Littlewood continues to impress as he steps up from youth to open racing this year. The young Western Australian relished in the early morning racing, winning the first race of the day.

After squeezing in two races in the fading breeze and floating to the finish of the second race, sailors returned to shore for a brief period before returning to the course to battle in a light 7 knot sea breeze.

It was a mixed performance from the Australian sailors with their starting skills being a critical component to navigating to the favoured side of the course.

The afternoon racing was described as a “soldiers’ course” by coach Rafa Trujillo. “Start well, get a good lane and get to the right (of the racecourse).”

After a firing first race, Littlewood struggled to get off the start line and had some challenges dodging traffic and avoiding port-starters in the next 2 races. Littlewood was able to walk away from the day’s racing with a couple of keeper scores and sits in 12th overall.

Both Finn Alexander and Luke Elliott had mixed results but survived the day finishing 18th and 27th in the overall standings respectively, which qualified them both for Gold fleet racing.

It was a disappointing day for WAIS athlete Ethan McAullay who will be racing in Silver fleet tomorrow. “Ethan is having a tough week with a Black Flag in the first race of the World Championship, doing well in races that have been abandoned and not having many races to catch up in these light and shifty conditions,” Trujillo observed.

“It’s a little bit of bad luck, but there is a lot of potential in this young Australian ILCA sailor.”

The early race schedule continues tomorrow in order to bank some racing in the morning breeze before the winds are expected to build which will reward the sailors with a change of pace.

“We are all excited as we expect a strong north-easterly wind on Tuesday with big winds and waves to showcase the skills of the ILCA sailor,” Trujillo finished.

Three races are scheduled tomorrow for both Gold and Silver fleet as the regatta runs a day behind schedule.