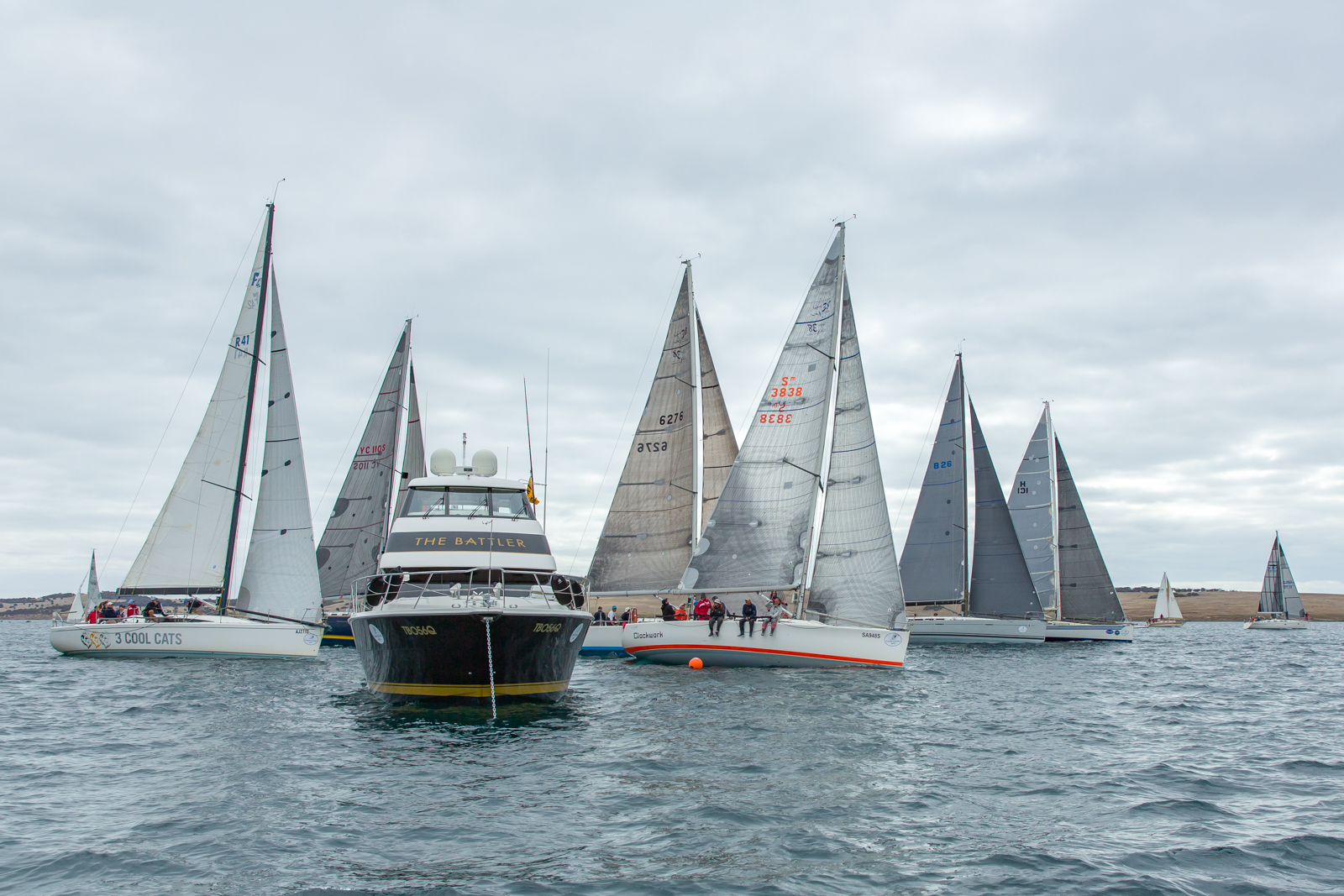 It is one of the most picturesque days on the South Australian sailing calendar, however yesterday's Teakle Classic Lincoln Week Regatta 'long race' was slow going in light conditions for the four divisions.

Divisions one and two raced out of Boston Bay past Point Donnington before turning right and making their way to Taylor's Island, enjoying some of Eyre Peninsula's most beautiful coastline.

Division three sailed a similar course however not quite as far as Taylor's and turned around at Carcass Rock, while Division 4 being the slower fleet sailed out to Donnington Rock before returning.

The five-boat fleet in Division 1, made up of three TP52s, Concubine and Shining Sea, went down to the wire on IRC, however it was regatta favourite Ichi Ban, skippered by Matt Allen, that got the chocolates.

Allen finished a little more than a minute (on corrected time) ahead of Andrew Corletto's Shining Sea in second, and Jason Ward's Concubine in third.

It was a tough day for the other TP52s, Geoff Boettcher's Secret Men's Business and Chris Dare's Ambition, who had a fourth and fifth respectively.

The results put Ichi Ban well in the lead on the overall honours with Secret Men's Business, Concubine and Shining Sea now jostling for the remainder of the podium.

Division 2 saw another dominant day by Richard Harries' Magic, which took out the race win in both IRC and AMS and also gained a second on PHS.

Division 3 saw Murray Mackay's Doesn't Matter from the Sandringham Yacht Club in Victoria continue its winning ways with a race win on IRC and a second on AMS.

They were followed by Dan Haynes' Poco Loco in second on IRC, who sailed a very quick race, and Adrian Wotton's School's Out in third.

Doesn't Matter holds a picket fence lead on the overall IRC followed by School's Out in second and Denby Steele's Rocksalt in third.

Simon Turvey's Born to Mentor took out the race win on AMS, followed ahead of Doesn't Matter in second and Ron Parker and Dale Price's Taniwha in third.

Phil Kelly's Steeple Jack, skippered by Port Lincoln local Phil Kelly, continued its great form in the long race with a race win on PHS Division 4, and maintains the overall lead with a 1,1,2 scorecard.

It shakes things up in the overall honours down the leaderboard, but Steeple Jack remains strong on the top, followed by Caillin Howard's Stretch in second and Hugh Longbottom's Academy 1 in third.

Today's racing will be a short passage race throughout Boston Bay on the way to Spalding Cove in the Lincoln National Park for the Megga's BBQ event, one of the most enjoyable events of the regatta.

Megga Bascombe was a legend of the Port Lincoln sailing community and the beach barbecue named in his honour gives sailors at Lincoln Week a chance to celebrate and enjoy all that the Port Lincoln region has to offer.