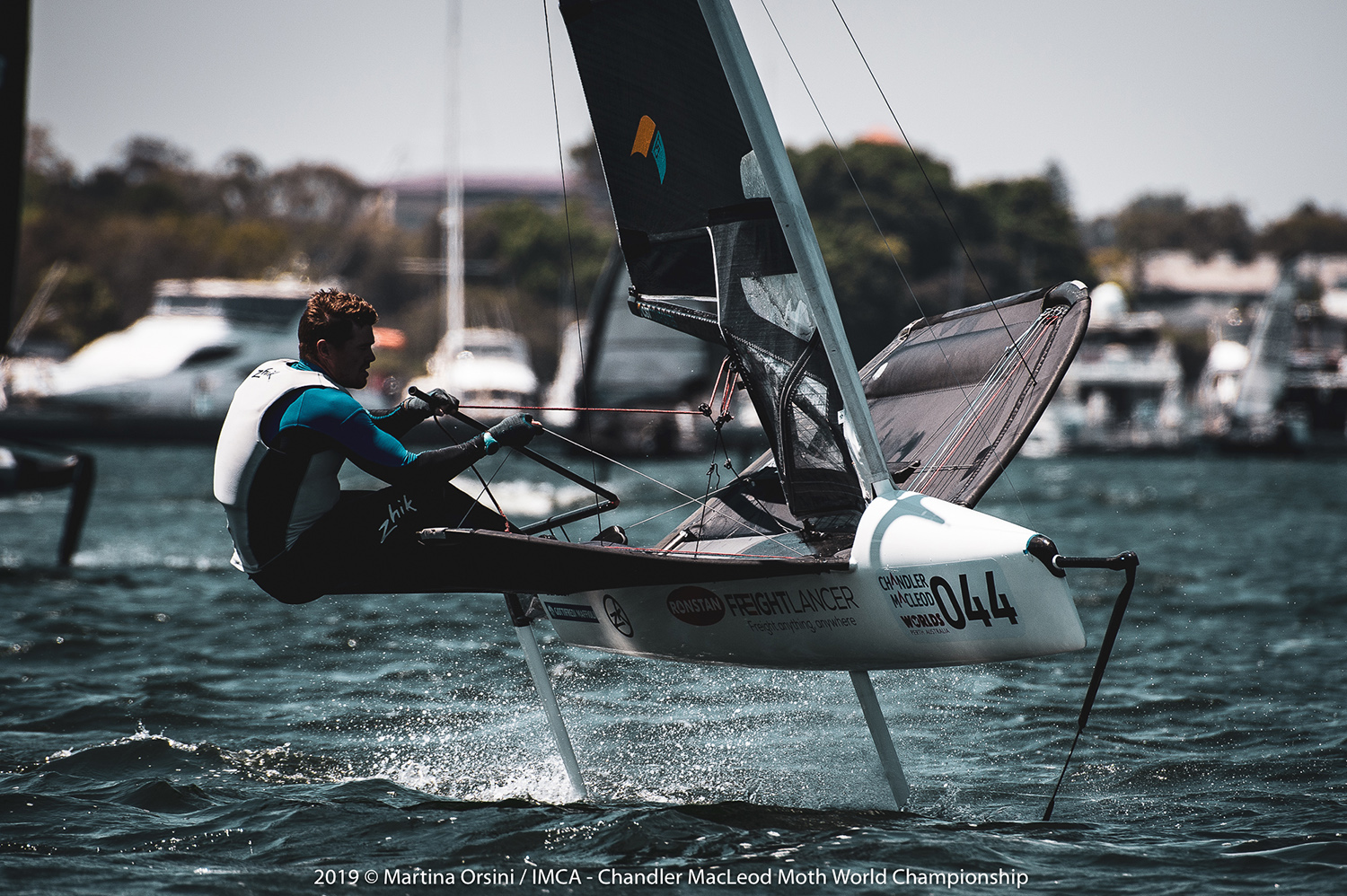 Tom Slingsby has taken out his first Australian Moth Championship as sailors prepare for the Worlds starting on Friday. Photo Martina Orsini.

He has been trying since 2010, but one of Australia's most accomplished sailors, Tom Slingsby, took one of his sweetest victories by winning the Australian Moth Championships at Mounts Bay Sailing Club in Perth on Wednesday.

The event that doubled as the pre-worlds event has been hard fought and was the perfect dress rehearsal for the Chandler Macleod Moth Worlds starting on Friday.

With Perth experiencing unprecedented heat, the racing was sailed in scorching conditions, along with glamour cloudless blue skies and a very puffy 12 to 14 knot breeze from the east with very flat water and strong gusts.

It wasn’t the only thing scorching with many of the contenders starting to show what they are capable of, with Scott Babbage, Rob Greenhalgh, Tom Burton and Will Boulden all showing wheels in the blue fleet and all four sailors using different configurations.

There are Bieker, Exocet and MACH2 platforms with a variety of sails and rigs, showing again that any platform is sound and personal preference and tweaking is the key.

The yellow fleet raced in Melville Water West with slightly lighter and puffier conditions where Australian SailGP Team counterparts Tom Slingsby and Kyle Langford were both showing fantastic speed to put an exclamation point on their Worlds preparation.

Slingsby took the championship win on a count back to Scott Babbage in a battle that looks to continue for days to come – however they certainly won't have it all their own way.

“Usually I would be worried to win the pre worlds event because I’m a bit superstitious,” Slingsby commented on his Facebook page. “However I have been racing in the moth class since 2010 and this is the first event I have ever won in the class, so I will take anything I can get! Thanks to our fun training group at WSC and a big thank you to the companies that help me with my boat. Worlds start on Friday with light tricky winds forecast, should be fun!”

It was a great day of Mothing with the whole fleet enjoying the milder conditions compared to yesterday, with most of the fleet getting through the four-race session, however there were some pretty tired sailors when they came ashore.

The afternoon kicked on with entertainment as the presentations for the Australian Championships commenced, which was followed by a traditional Indigenous Australian Welcome to Country ceremony and more live entertainment – some great Australian culture on display.

With a rest day tomorrow before the Worlds, it will be the last chance to get the boats dialled before things really heat up – literally – with Perth expecting 40 degrees over the next few days, the breeze may play some tricks.