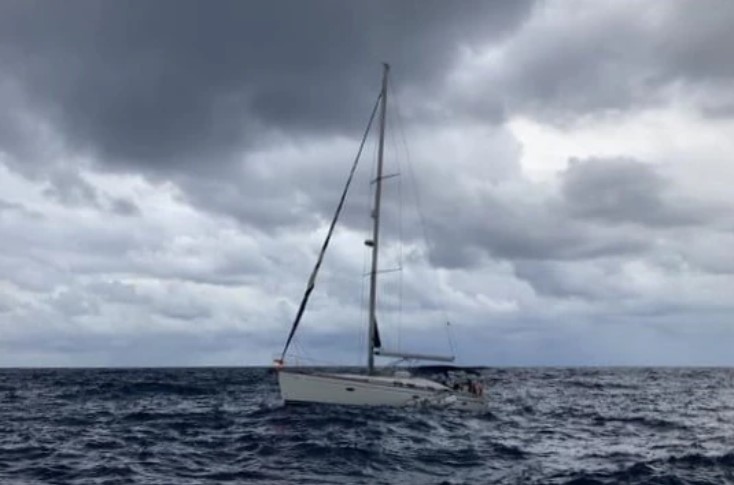 The 42-foot yacht sunk off the coast of Nambucca Heads after it couldn't be towed back to shore.(Supplied: Marine Rescue NSW)

ABC Mid North Coast. By Hannah Palmer. Six people have been rescued by emergency services in the middle of the night after their yacht began to sink off Nambucca Heads on the New South Wales Mid North Coast.

The group was travelling to the Gold Coast on Wednesday and was six nautical miles off Nambucca Heads when the 47-foot yacht lost its steering and began taking on water.

Coffs Harbour Marine Rescue unit commander Graham King said they received a call for urgent help at about 1:00am.

“We talked with the Water Police and they asked if we could go and assist this vessel, so we got to sea,” Mr King said. “Our blokes were in the dark, in the wet and horrible conditions, and were able to get a rope to the skipper. But we were unable to tow it.”Read the rest of the story at ABC.