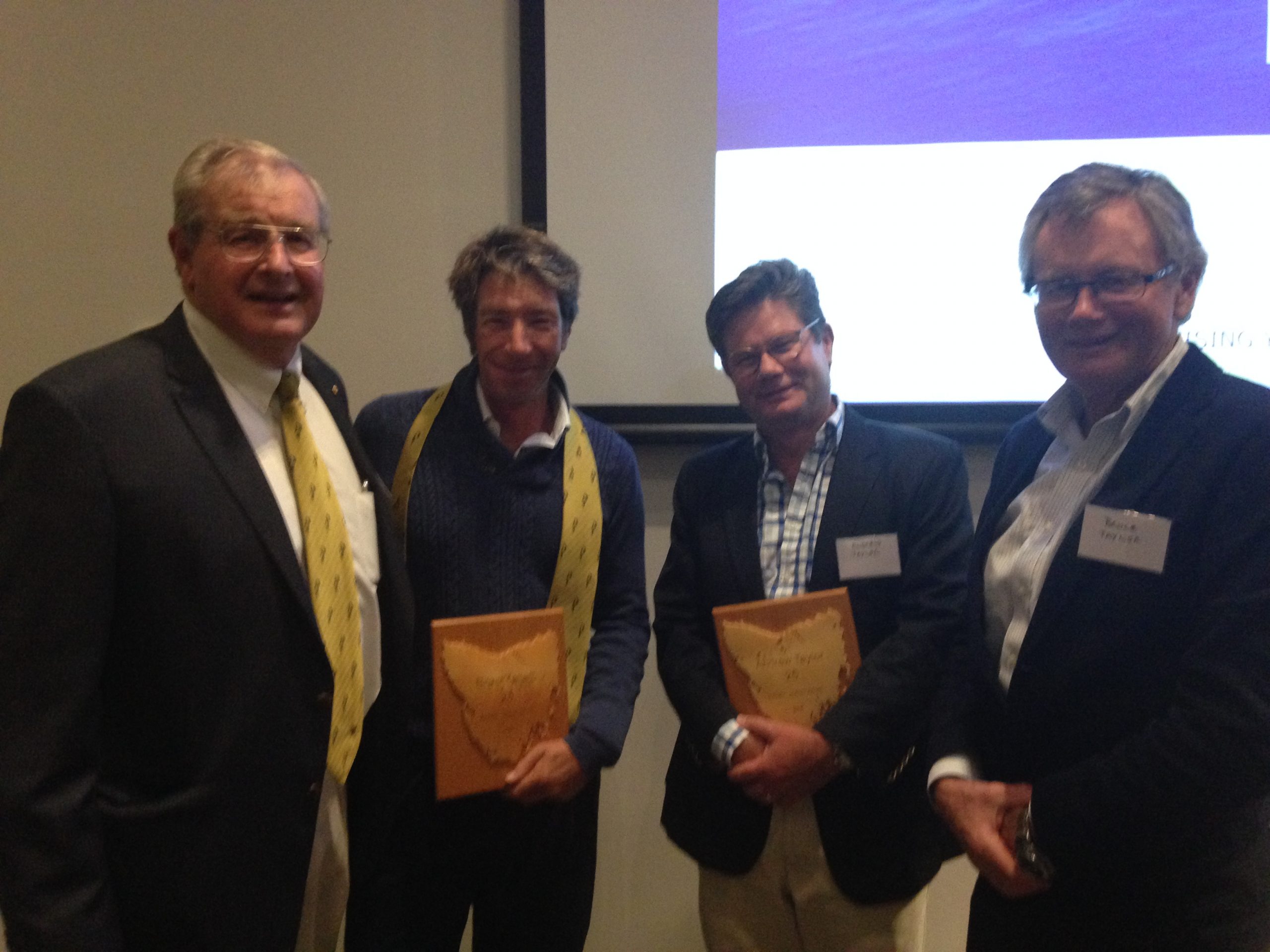 Following last year’s race, another six yachties joined the ‘25’ Sydney Hobart names on the Map of Tasmania at the Cruising Yacht Club last night, and among them were a number of ‘firsts’.

Adrienne Cahalan became the first woman in history to rack up 25, while two fathers/sons, David and Brad Kellett and Bruce and Andrew Taylor were added to the board.

Adrienne, who has paved the way for women in sailing in a number of areas, completed her 25th on Syd Fischer’s TP52, Ragamuffin, skippered by Fischer’s grandson, Brenton.

Brad Kellett sailed his 25th in style, aboard Perpetual LOYAL for her record breaking race, so joins the prestigious ’25 Club’ as a record holder. In doing so, the 40 year-old also became the youngest to achieve 25 successive Hobarts.

Bruce and Andrew Taylor from Victoria also make the firsts lists as the only father/son to achieve 25 together, on Bruce’s various Chutzpahs. Bruce will make it 37 this year and Drew will join his father again.

Long-time Brindabella crew, Peter Sheldrick (Love & War in 2016), joined the Club too, and was present to receive his 25 plaque and tie.

Other 25ers’, Michael Bellingham (Patrice) and Bruce Clark (Black Jack), who along with Michael Spies (40th Hobart on Hollywood Boulevard in 2016) who once held the distinction of the youngest to achieve 25 Hobarts (he remains the third youngest) and who has won both line and handicap honours in his successful career, were unable to attend, as all three were away.