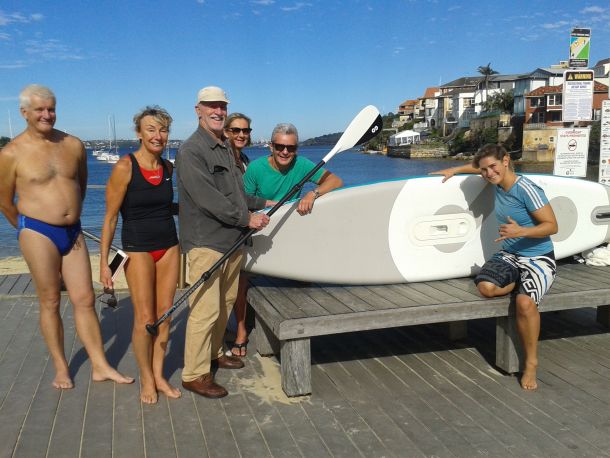 Sipa Boards (SIPA) is hoping to open up a world of stand-up paddleboarding (SUP) by providing extra convenience, safety and fun to water sport enthusiasts of any age.

Let’s first consider the problems associated with conventional paddle boards for yacht owners. Paddling is not as easy as it looks for the inexperienced enthusiast. Especially the young, old and first timers. And then there is the effort and difficulty of paddling over a long distance, into a wind or in choppy water. For the inexperienced, safety in rough water is a real issue, particularly when the paddler becomes tired and stressed. Finally when the paddling is over it is a problem storing it on board a yacht.

Advertisments for stand-up paddle boards don’t mention these problem. The solution? SIPA. The fact that it is self-inflating and self-propelled, means that it instantly overcomes the major problems of bulk, weight, manual propulsion and storage. Suddenly the enjoyment of paddle boarding is open to all ages and fitness levels.

SIPA is the world’s first self-inflating, self-propelled SUP. Its in-built mini motor provides inflation in minutes and propulsion at 3.5 knots when needed.

The SIPA project was launched worldwide on 14th April, 2015, via the Kickstarter website. Kickstarter provides people who like innovative projects an opportunity to pledge financial support and receive an 'early bird' discounted price for product purchase.

SIPA has been an instant hit. 173 backers worldwide want to buy the product. The project funding goal has already been exceeded, with over $190,000 committed to date with one more week to go! The project is set to proceed into mass production with product delivery expected in September 2015.

Based on trials in Sydney with a prototype model, Australian stand-up paddleboard experts have already expressed their enthusiasm ….
“… takes the SUP sport several leaps further” – T. Ruault, SUP Instructor Level 2, Manly.
“Great board for touring! … I’d give it 9¾ out of 10!” – Tony Henry, Avalon SUP.

The SIPA project originates from Slovenia and was founded by Sebastian Sitar who envisioned a safer way to experience SUP after his daughter was caught in strong current. SIPA is th e Slovenian w ord for 'cuttlefish' which are among the most intelligent invertebrates in the ocean.