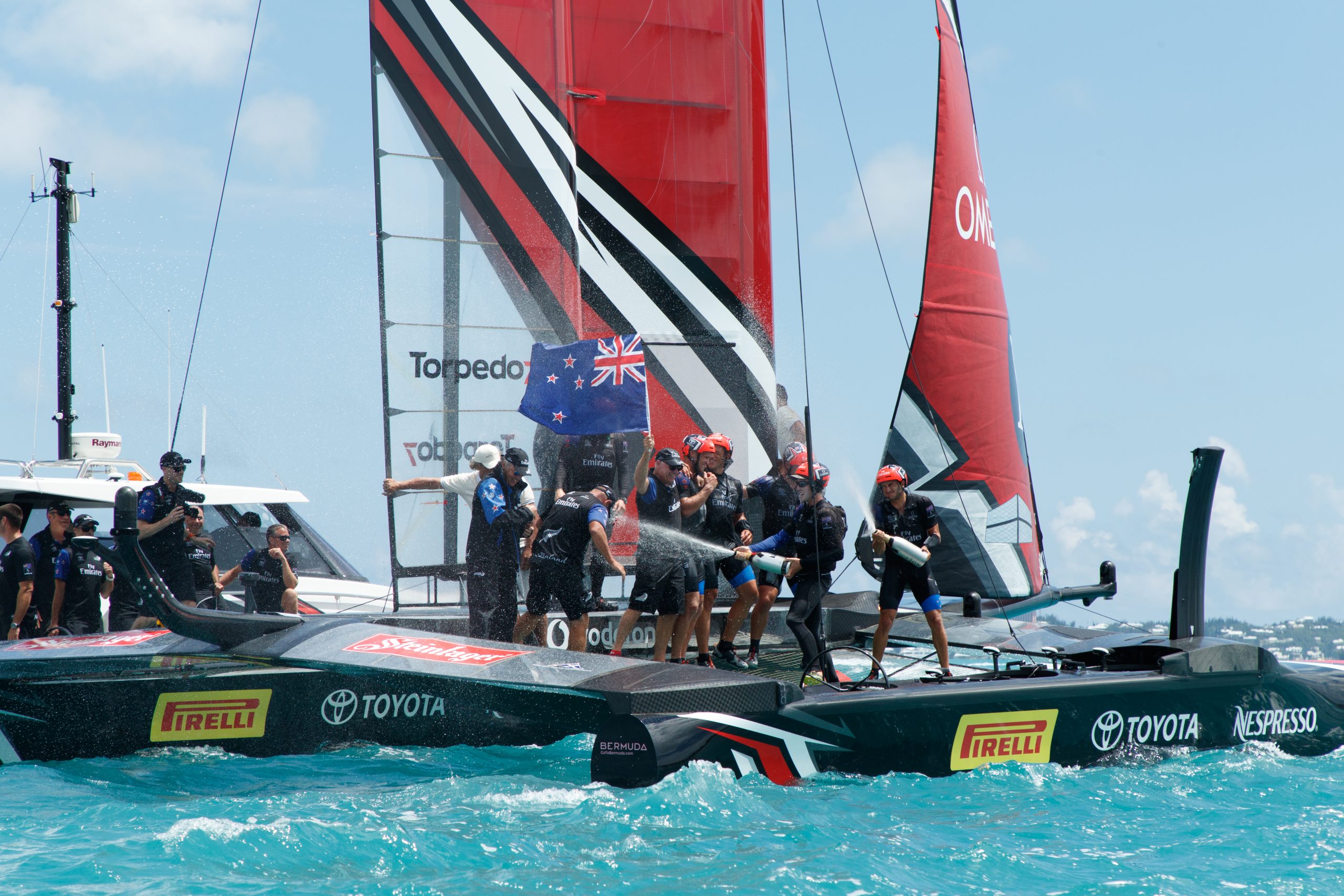 Sir Stephen Tindall is retiring as Chairman and Director of the Board of Emirates Team New Zealand after a long and successful tenure as Director of the 4 x America’s Cup winning team.

Sir Stephen is best known as a businessman, philanthropist and investor. He is the founder of the Warehouse Group which he started in 1982 and has also recently retired as Director of the Warehouse Board after almost 40 years. He has had a long association with Emirates Team New Zealand having backed the team for more than 20 years and as Chairman of the board since 2013.

He has been an integral leader of the team through a number of evolutions, but notably winning the America’s Cup back for New Zealand after 14 years in 2017 at the 35th America’s Cup in Bermuda, and successfully Defending the 36th America’s Cup in Auckland earlier this year – on both occasions proudly displaying the New Zealand flag on the winning boats moments after crossing the finish lines.

Despite his retirement from the Board, Sir Stephen will continue his involvement with the team as the Emirates Team New Zealand Sustainability Ambassador to continue driving environmental and sustainability initiatives and innovations with the team such as the partnership with The Warehouse and Toitu for Emirates Team New Zealand to achieve a carbon zero certified 36th America’s Cup campaign.

There are literally hundreds of team members and no doubt supporters around the country that will be acknowledging Sir Stephen for what he has done for this team and this country.”

Sir Stephen has mixed emotions about his latest retirement.
“Emirates Team New Zealand is like a family. But for a long time, I have always anticipated retiring from my role once we successfully won the cup back in Bermuda and subsequently Defended it again in New Zealand.” said Sir Stephen Tindall.

“I have enormous pride in the team and all of the people associated with it. It is not an easy undertaking committing yourself to an America’s Cup campaign, so I want to say thank you for the support of my fellow Directors and to everyone in the team for their absolute dedication shown over the years, working so tirelessly for the benefit of putting New Zealand and technology and innovation on the global stage which is something I am always passionate about in my endeavours.”

“I still feel there is much more work for me to do for New Zealand using Philanthropy through our Tindall Foundation both socially and for the environment. Also helping develop much more profitable innovation using our investment resources at K1W1 to assist companies to grow our exports to be a cash flow positive country. The innovation ethic I have learned through Emirates Team New Zealand will also help me in our endeavours to reduce the effects of climate change. A very exciting few years ahead!”