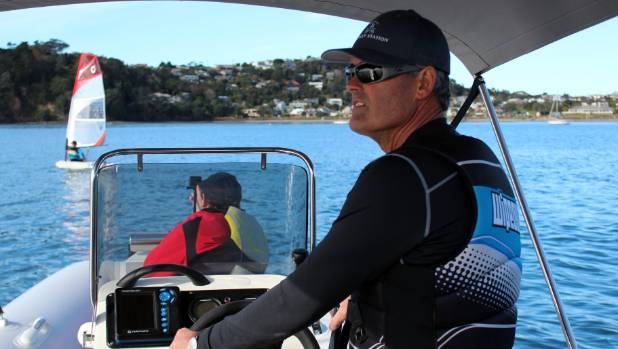 Outgoing America's Cup boss Sir Russell Coutts has been like a “big dog with a bone” since taking over as commodore at a small sailing club on the Hibiscus Coast, north Auckland.

The man who skippered Team New Zealand to Cup glory in 1995 and 2000, Coutts became the new commodore of the Manly Yacht Club following their annual general meeting earlier this month.

Coutts lives close to the club when he is in New Zealand and vice commodore and longtime friend Harold Bennett said he had already begun to make an impact.

“He's so passionate about it and has so many ideas,” Bennett told Yachting New Zealand. “He's really put his nose to the stone already.

“He can be commodore as long as he wants the job. We don't have set terms here.

“He's said he's done with the America's Cup so has time and he's also said he needs something else to get his teeth into. All of a sudden, he's like a big dog with a bone.”

Coutts had been involved with the Manly club since last year as they attempted to increase numbers in their junior sailing programme and his presence had already created a membership surge.