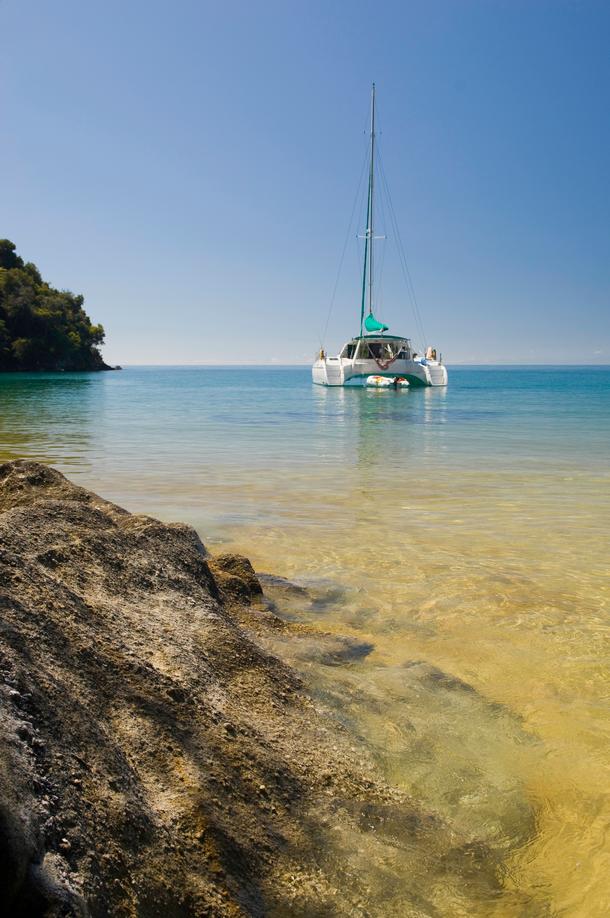 A reader of Cruising Helmsman, and well-known contributor of excellent cruising stories, Cherylle Stone recently received the latest Notice to Mariners regarding military exercises in the popular Shoalwater Bay area. Due to live firing occurring the Army were to close off the bay for over a month  from 23 June to the 27th July.

Shoalwater Bay is a large bay on the Capricorn Coast of Central Queensland, Australia 100 kilometres north of the coastal town of Yeppoon and 628km north of Brisbane. Since 1966, the land surrounding Shoalwater Bay has been under the ownership of the Australian Defence Force, for the purpose of military training exercises.

But to close off access to the bay's yacht moorings for over a month was too big an ask for gallant Ms. Stone. In a letter to the local member, Meryl Swanson, MP for Paterson, Cherylle noted the anchorages at Port Clinton and Island Head Creek will only be available subject to contacting the Coast Guard who will liaise with Defence. However, the verbal advice given to her by two Army personnel noted that those anchorages will only be available in emergencies.

Stone explained to Ms. Swanson that the military exercises being conducted at this time is prime season for cruising yachts sailing north for the winter in preparation for summer. To not have access to those moorings would put many yachts at a danger of sailing overnight; not a good option for many crews sailing short-handed and mostly elderly.

Cherylle has managed to get the ADF to agree it is not suitable and has been assured “the Brigadier informed me that from 10 JULY UNTIL 27JULY all vessels can have unrestricted access to safe anchorages at Pt Clinton and Island Head Creek because operations will have moved from the east of Shoalwater Bay over to the west around Stanage.

“We can all live with and work around a 12 day closure but a month long one was never fair,” Stone said.

Cherylle was delighted with the outcome, but notes it was not easy to get the Deputy Chief of Staff to take her seriously and treat the matter as genuinely urgent: “He hung up on me twice!”

We all owe Cherylle Stone a debt of gratitude. Well done and have a well-earned sundowner on Cruising Helmsman.