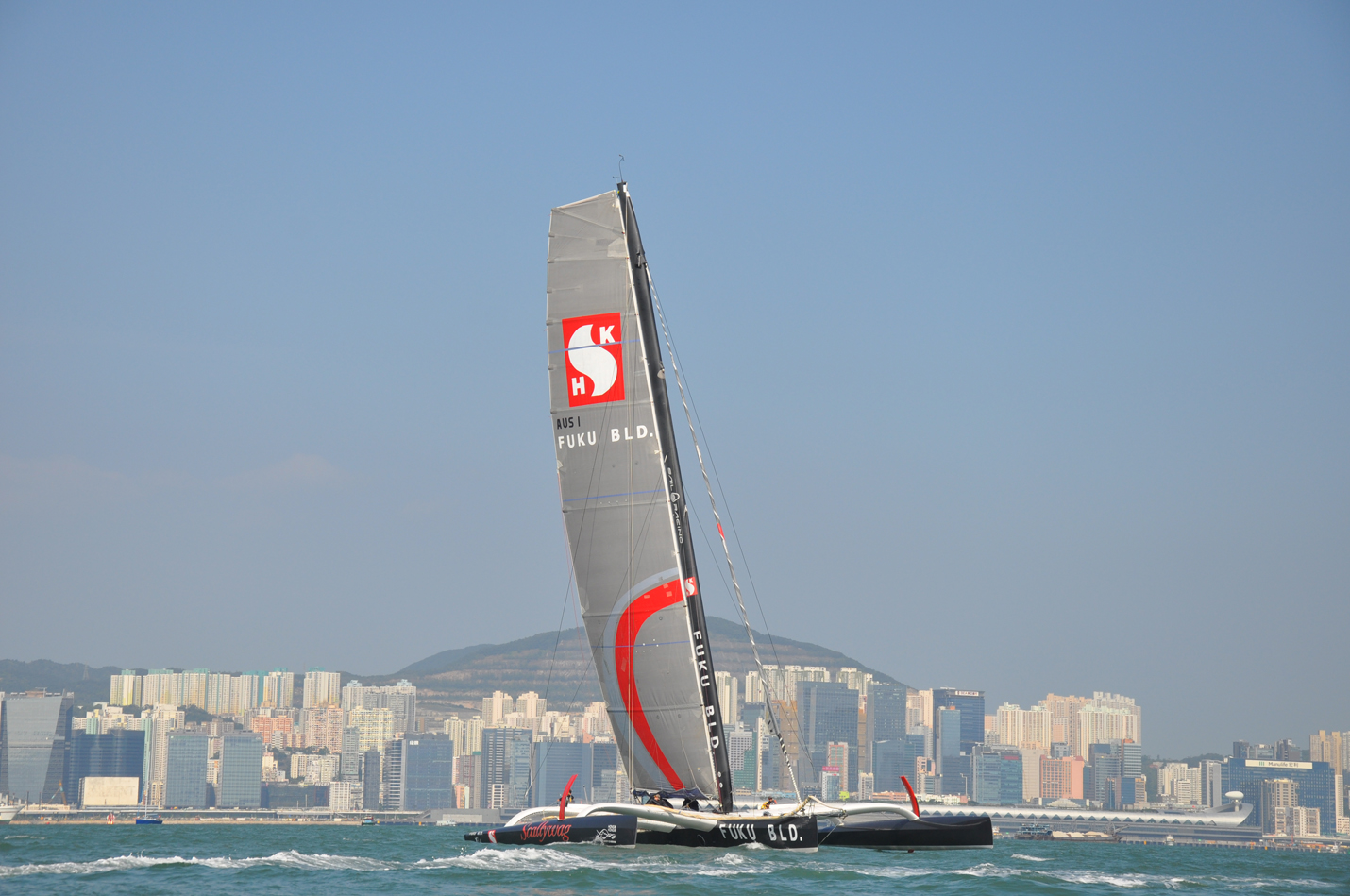 The current monohull record holders for the Groupama Race around New Caledonia will return in 2020 with the Hong Kong team hungry to also claim the multihull record for the biennial South Pacific race starting June 21.

As well as a spiffy new paint job and set of North sails, structural changes include new front foils with a rake system, new T rudders to allow the boat to fully foil, plus new hydraulic, PLC and electrical systems.

“Basically everything on the boat has been renovated or replaced to make it like new, and is at the frontline of foiling technology for an offshore racing boat,” Witt commented. “We are expecting an increase of boat speed reaching and running of approximately 20 – 30 percent.”

He recalls from the 2016 race with the 100-foot super maxi: “The start of the race was well supported with hundreds of boats on the water and thousands of people on the shoreline, which was very impressive. Sailing around the atoll with clear, flat, blue water, breeze and high cliffs was one of the best sailing experiences the team has had.”

SHK Scallywag 100 set a time of 2 days 13 hours 19 minutes and 55 seconds. Rather than return with the same boat, the ORMA 60 trimaran from owner Seng Huang Lee’s stable is going to have a crack at the multihull record of 2 days, 00h 33min 12s. The fastest course time was also set in 2016, by another ORMA 60 – Frank Racing/Team Vodafone, skippered by Simon Hull from New Zealand.

“Scallywag 100 holds the monohull record and we’d like to break the multihull record, and hold both the Groupama and the Hong Kong to Vietnam Race,” Witt added.

For owners considering adding their names to the growing entry list, the Australian international yachtsman says: “It will be well worth the trip.”

A number of Sydney owners have signed up for the double, including Ian Edwards’ Wings, a Dehler 46. The 2018 entrant is making a return to the French paradise, as well as Stephen Dadour’s Solutions, a smaller Dehler 41.

Discounted marina rates at Port Moselle are available to competitors entered in both the Ponant Sydney Noumea and Groupama races. Right beside the marketplace is where the race village will be set up for daily live briefings, live entertainment and fun activities. It is also where newly arrived crews will talk on stage each evening about the highs and lows of the 654 nautical mile challenge.

As well as fully crewed (minimum of three crew) monohull and multihull categories, organising club Cercle Nautique Calédonien is, for the first time since the debut Groupama Race in 2008, offering a shorthanded division (minimum of two) plus a cruising division.

All information including entry: www.groupamarace.nc