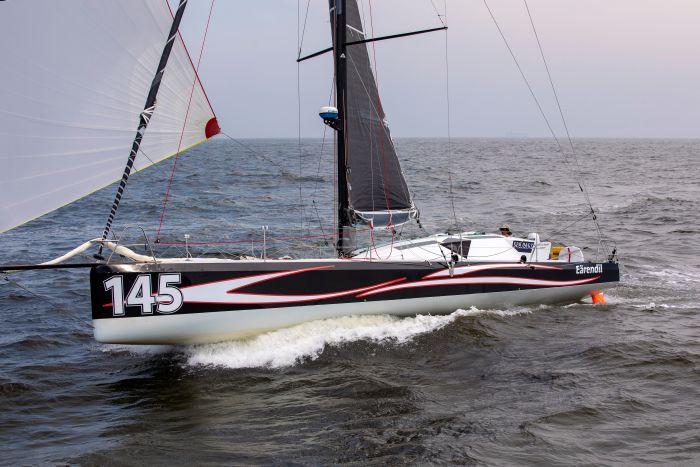 NEWPORT, RI (June 19, 2019) – Manuka Sports Event Management announced today the seventh edition of the Atlantic Cup. The longest offshore race in the Western Atlantic dedicated to the Class40 will start from Charleston, South Carolina on June 10, 2020 and culminate the weekend of June 20-21 in Portland, Maine. Defending 2018 champion Eärendil has confirmed their entry along with three other teams with many more expressing interest. In addition, Sea Bags Maine will return as an official sponsor.

The 2018 Atlantic Cup will start in Charleston, South Carolina June 10th with a 648-nautical mile race to New York City. The race will stop-over in New York before departing on a 360-nautical mile race to Portland, Maine. The Atlantic Cup will culminate in Portland June 20-21 with a two-day inshore series. Initial interest for the 2020 race is strong and this, the seventh edition looks set to be the largest and most international yet.

Atlantic Cup Race Director, Hugh Piggin, stated,“We’re very proud to be announcing the start of the seventh edition of the Atlantic Cup! The Class40 fleet has continued to grow in the United States and with the international racing calendar aligning we expect to see our largest and most international fleet yet. For a race that started as a concept and to have turned into the highly regarded, and internationally known event it is today is testament to the appetite for short-handed offshore racing in the United States and our thanks must go to our commercial partners that assist in making the event a reality. It’s therefore a pleasure to announce a continuation of our partnership with Sea Bags Maine.”

Beth Shissler, President and COO, Sea Bags Maine, said, “We are thrilled to partner with The Atlantic Cup, America’s most sustainable sailing race. World class sailing, combined with a sustainability mission and focus on educating children is exactly in our wheelhouse. We are so fortunate for this race to end in our great city, Portland and  look forward to this being the best race yet.”

With over 1,000nm of ocean racing, the Atlantic Cup is the longest offshore race in the Western Atlantic, the only race that includes both Cape Hatteras and Cape Cod and the only short-handed offshore race dedicated to the Class40. The race was created in 2011 to showcase short-handed, offshore racing with hard fought competition and exciting shore based events, while also being the most environmentally sustainable sailing race in the United States. The Atlantic Cup has been carbon neutral since 2012 and was the first and is the only sports event in the U.S. to be ISO 20121 compliant.