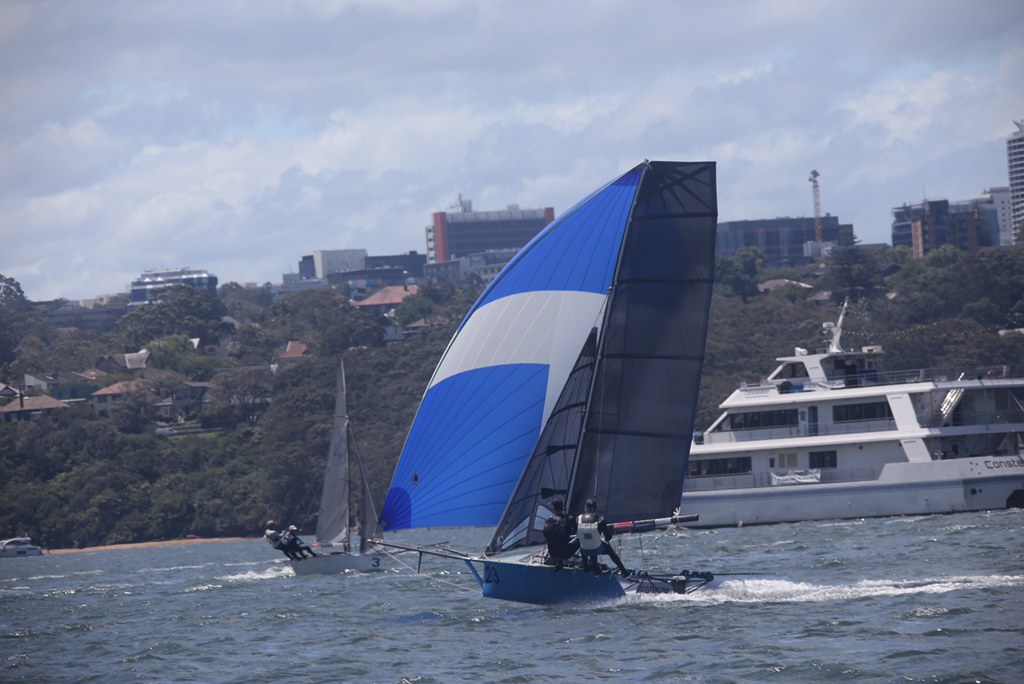 The NSW 12ft skiff Championship has been raced and won with all six races completed in some very windy conditions over the last two weekends (December 4-5 and 11-12).

Thanks go to the hosting clubs and volunteers at both the Sydney Flying Squadron and Lane Cove 12’ Skiff Club. The racing was close across the fleet with conditions of 20 to 30 knots on two days and 15 to 20 knots on the other two.

At the finish of the last race one second separated the winning skiff Geotherm, skippered by Brett Hobson with crew Pete Nicholson from Sail Inc, Nick Press and Noddy Hay. That one second win gave them the championship by one point. A great result following a very consistent series from both skiffs.

The third and fourth placed skiffs also had close quarter racing, again with one point separating them at the end of the series. Third was Sydney Sailmakers, James Francis and Brendan Jenkins with fourth going to the also veteran winners Murray Press and Mark Muirhead in Red Energy. LCC Asia Pacific, Jono Temple and Richard Jones finished in fifth place, only 3 points adrift.

Geotherm capped off a great series winning the handicap trophy on a count back from Red Energy.

The 12’s are putting racing back together after a COVID affected the start of the season and caused the postponement of the major Interdominion Championship. But next up will be the running of the Your Move Conveyancing 86th Australian Championship in early January 2022 at the Sydney Flying Squadron. A great opportunity to see 12’s on the harbour with skiffs from NSW and Queensland getting together.

For the full results, see: http://www.sailingresults.com.au/ScoreItV2/Public/Templates/Default/class-results.php?class_id=2686#scratch