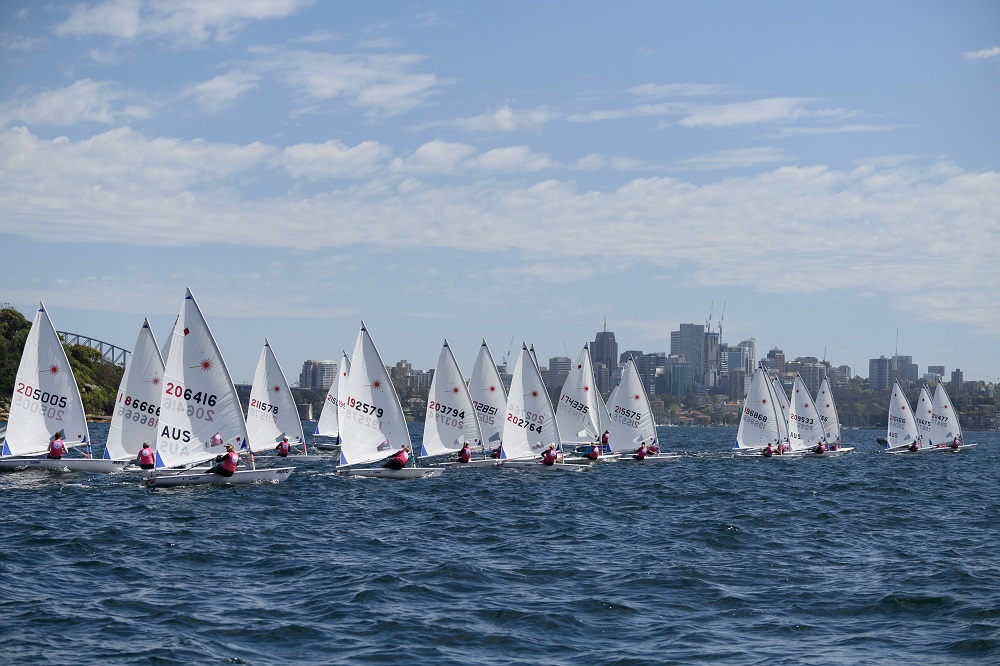 Held over two days on the weekend of 28-29 September, the Women’s Laser Regatta, hosted by Double Bay Sailing Club, was an unmitigated success, attended and coached by some of Australia’s highest profile sailors, mixed in with keen young sailors on their way up.

Run, coached and competed in by women and girls on Sydney Harbour, the intention of the regatta is to encourage greater female participation in the Laser class. The Club’s ethos is based on volunteering, and this came through with a lot of the membership involved and supporting the event.

In only its second year, co-organisers, Clare Alexander, Christine Patton, and Christine Linhart were thrilled by the number of those wanting to attend.

Patton commented, “We were over-subscribed this year. When we started the event last year, we couldn’t have guessed how popular it would become so quickly.”

The trio was joined by DBSC’s Marlena Berzins, a former Australian Sailing Squad member in the Laser Radial, and Charlotte Alexander, an up-and-coming match racer with wins to her name. Louise Davis, an experienced International Race Officer from Brisbane, flew in to preside as Race Officer.

The two-day event comprised yoga each morning; an on and off the water coaching clinic; debrief and Q&A dinner at DBSC; racing all Sunday and the prize giving.

Among the entries was Australian Sailing Team member and Tokyo Olympic Games campaigner in the Laser Radial class, Mara Stransky. The 20 year-old Queenslander won the event, although it was not all about winning.

“I thought I’d come down and see how the younger girls are progressing and share some insights with them,” Stransky said.

“I’m impressed by the younger girls (the majority were from the Royal Sydney Yacht Squadron and DBSC). They have a good work ethic and they’re disciplined.”

Karyn Gojnich, from RSYS herself, responded: “They’ve been training all winter under the guidance of Marlena (Berzins) and Mike Leigh (an Olympian). I think our girls gave Mara a run for her money.

“It was an amazing weekend. The organisers did a fabulous job in bringing it together; a small club like this putting on such a big event.”

Katie Spithill agreed. “Everyone seemed to love it and already there has been discussion about next year. We had five coaches for 50 boats, so each coach looked after 10 sailors. Krystal (Weir) likened it to a gym circuit – everyone got to see every coach in rotation. Today, on the water, we again looked after 10 sailors each. It was successful,” she said.

“Today was a great day’s sailing and coaching yesterday was just as good. It’s been a worthwhile weekend,” Dudley said. “I found the girls from the Squaddy (RSYS) were very good and it was great to have Mara (Stransky) here. The effort that the Club put into it was really good.”

Entrants came from NSW, Queensland, Tasmania and ACT, with Cleo Boyd flying in from New Zealand.

Full results and all information: http://www.dbsc.com.au/womens-laser-regatta