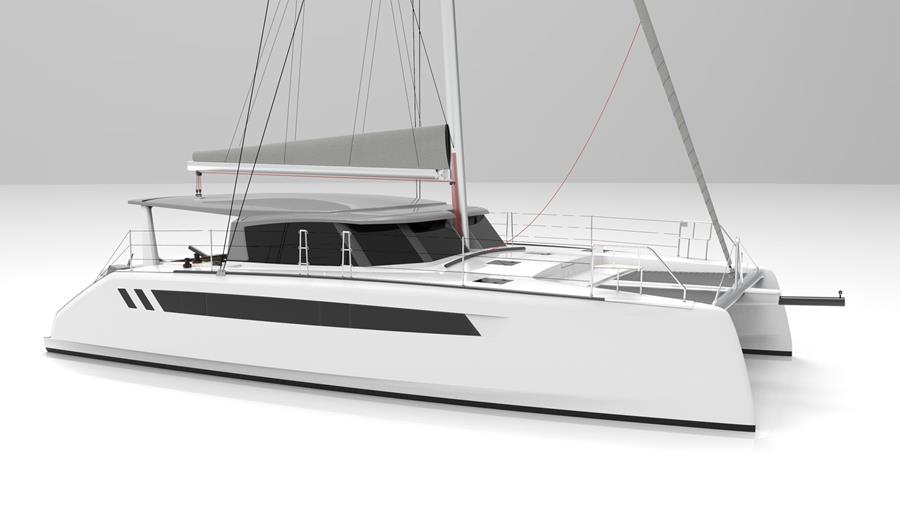 Seawind Catamarans is thrilled to announce it’s first all-new model of the new decade: the Seawind 1370.  This completely new-from-the-ground-up 45ft catamaran carries a huge array of advancements in design, technology and craftsmanship, while also retaining the most crucial Seawind DNA. It marks a new beginning for the company which is steeped in catamaran history – this being its first entry into the mid-40’s multihull market.

Seawind became prolific on the back of designing cruising catamarans for couples seeking a boat in the 35-42ft range – and nearly 700 such boats have been built. The company has also had great success with the Seawind 1600 – a 52ft offshore performance catamaran of which 15 have been sold in only a few years. Company founder Richard Ward comments on the new direction created by entering the 45-ft market:

“In the past, there was no real need or strong demand to enter the 45-ft market.  45-foot designs of the past offered little more space – and often smaller beds than our current 41-ft Seawind 1260.  They were also notably underperforming compared to our 52-ft Seawind 1600. But new technologies and a new generation of designers has come up with a boat that truly demands to be built.  It’s a greatest hits parade of the last 10 years of catamaran design advancements, but we’ve gone way beyond that in adding new features which we think will be demanded everywhere in the future. It’s got the crucial Seawind characteristics of our windows, doors and all-round ventilation strategy. It’s got our best twin-helms yet, with amazing visibility for a 45-footer.  It’s fast, but carries all of your gear, and has all of the sailing ergonomics expected of us. This is going to be some adventure boat.”

The new Seawind 1370 features a galley-up design of a style familiar to those who have seen the award-winning Seawind 1600 interior. Open-plan living is the theme, with saloon, galley, cockpit and helms all on one level to achieve an incomparable open living area in a true sailors boat.

For the new model, striking a balance between performance and lifestyle has been of upmost importance. The boat weighs in at only 11 tonnes – very light and nimble for a 45-footer, but crucially the 1370 is capable of being heavily loaded with only the minimum of impact on performance. Seawind sees this as a key characteristic needed for modern cruisers, and notably missing in the market today. The 1370 was designed to a strict brief which carefully balanced sea handling performance and live-aboard comfort.