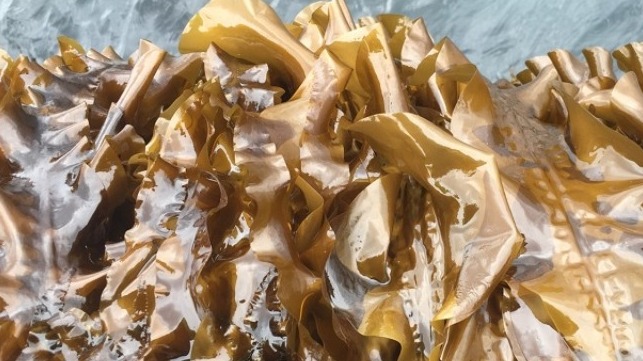 Research scientists from the independent research organization SINTEF say that kelp could share many of the applications of soya and oil, and, it could also be used to capture CO2. Oil-based plastic, for example, could be replaced with an eco-friendly, seaweed-based plastic.

Researcher Silje Forbord says that seaweeds can be broken down into their basic constituents and recombined to make useful products such as clothes, furniture materials, food packaging, drinking straws and biodegradable bottles. Forbord and her colleagues have been active in a research project called MACROSEA, which is examining the potential of seaweed farming in Norway.

According to SINTEF, farming in the productive regions of the oceans is essential for meeting the food, animal feed, raw materials and energy demands of an ever-increasing global population. Currently, the greatest volumes of macroalgae are produced in Asian countries such as China, Indonesia, Japan and Korea. However, Norway is catching up fast and has a massive potential to cultivate a wide variety of macroalgal species along its coastline.

The research group has studied cultivation, fouling, and the genetics of the brown alga sugar kelp and, for the first time in Norway, has succeeded in growing the much-coveted red alga Palmaria (also known as red dulse) in nets at sea. They have also developed algal growth models, which in turn are linked to 3D hydrodynamic-ecosystem models, in order to estimate how seaweed production progresses under different conditions. The results demonstrate that seaweed farming has the potential to become a major new industry in Norway.

Forbord and her team have been looking into how to manipulate macroalgae growth and the content of chemical constituents such as proteins by cultivating seaweeds in a variety of locations with contrasting environmental conditions. “Large stretches of the Norwegian coast offer excellent growing conditions for seaweed,” says Forbord. “From 20 million tons of seaweed we can extract 100,000 tons of protein. This corresponds to a third of the mass of soya protein that Norway currently imports annually for salmon feed,” she says.

Throughout the growing season, parts of the seaweed blades flake off. The blades contain carbon and sink to sea floor where they may provide food for benthic organisms. They also combine with the bottom sediments and are thus stored either permanently or for a prolonged period.

By dumping the biomass at great depths, or by using it to make biocoal, it is possible to make an active contribution towards reducing the concentration of CO2 in the atmosphere. The cultivation of 20 million tonnes of seaweed can bind about four million tonnes of CO2.