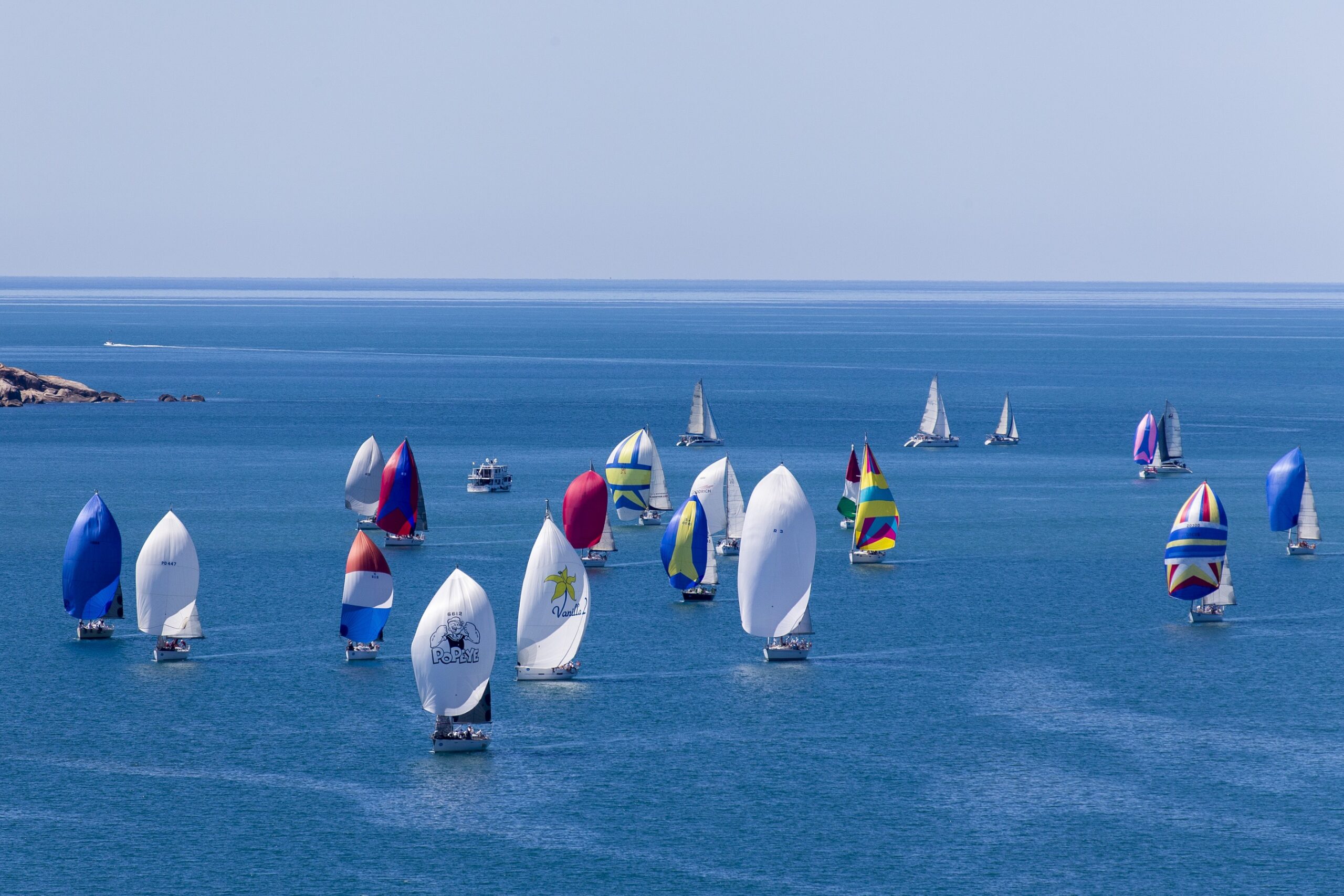 Within 15 minutes of entries opening for Townsville Yacht Club’s (TYC) SeaLink Magnetic Island Race Week (SMIRW), the belle of the north was at 50 percent capacity in 15 minutes, and less than four hours later, was a complete sell-out – an unprecedented response for any major Australian sailing event.

“The response has well exceeded our expectations,” a thrilled event Chairman, Mike Steel said of the 15th edition of SMIRW, to take place from 1-7 September, 2022.

“We sold out within days last year, but never dreamed it would happen so quickly this time. Some of our own regular club members have missed out – they can’t believe it – we are putting them and others who were too late on a waiting list.

“It’s a beautiful Island in a beautiful part of the world and I think SeaLink Magnetic Island Race Week offers something a little different to other regattas,” he said, rationalising the sell-out.

Steel is right, the annual regatta has a certain je ne sais quoi. Part of the attraction is everything from the ferry terminal to Peppers Blue on Blue Resort, its marina, restaurants, supermarket and bottle shop are within shouting distance. And the fun factor is unlimited.

‘Maggie Island’ has such a strong pull it has enticed several interstate competitors to set up businesses and/or purchase homes there over the years.

Among the newcomers yet to sample the delights of the event, is Andy Kearnan with his and Peter Wriigley’s grand prix racing yacht, Koa. The Sydney based TP52 has not travelled this far north to race before, but Kearnan has heard about TYC’s marquee event from others, and it has piqued his interest.

“I’ve never done Magnetic Island before, so I’m keen to experience it. I’ve been told by others is that it’s a fantastic regatta; relaxing and enjoyable. It’s an opportunity go racing and to have some fun. It’s a combination of all those things that is taking us there.

“It’s going to be a bunch of friends getting together and I’m really looking forward to it. Koa’s doing Airlie Beach, Hamilton Island and Magnetic Island. I’ve done 11 Hamilton Islands, but never gone further.”

Shaz and Bob Colman are bringing their Delphia 40, Red Knot, all the way from the Northern Territory to race at Maggie for the first time too.

“I’ve done last two Magnetic Islands on Celebrity (Wayne McNee’s Swarbrick S111), so Bob and I thought we’d bring our own boat this time. We’re leaving this week. We’ll make a beeline for Cape York and stop at Flinders Island Group (in the Lakefield National Park, Queensland). We’ll do Port Douglas Race Week in May to warm-up,” Shaz Colman said.

“I love the spirit of Magnetic Island Race Week. It’s fun, but it’s also got serious competition if you want it. We just love the Island. We’ve made friends there and in Townsville, so we’re keen to catch up again.”

On whom will crew the boat, the Darwin yachtswoman said: “I’m trying to encourage a few Darwin people to join us. Two of my women friends are keen to come. We’re going to do Townsville Yacht Club’s GaLS Regatta after Magnetic Island.”

Colman and her husband bought the Polish design performance cruiser in Brisbane in 2014: “It’s well set up for cruising – it’s got everything down to genset, air-conditioner and water maker – so we did some cruising on the way home and now it’s time to come back,” she ended.

A wide variety of boats from multihulls to monohull racers, cruisers and sports boats are taking part. Entries representing Victoria, Tasmania, NSW, Western Australia, South Australia and the Northern Territory will mix it with the Queenslanders in various classes and divisions.

For all information, including list of entries, please visit: www.magneticislandraceweek.com.au/