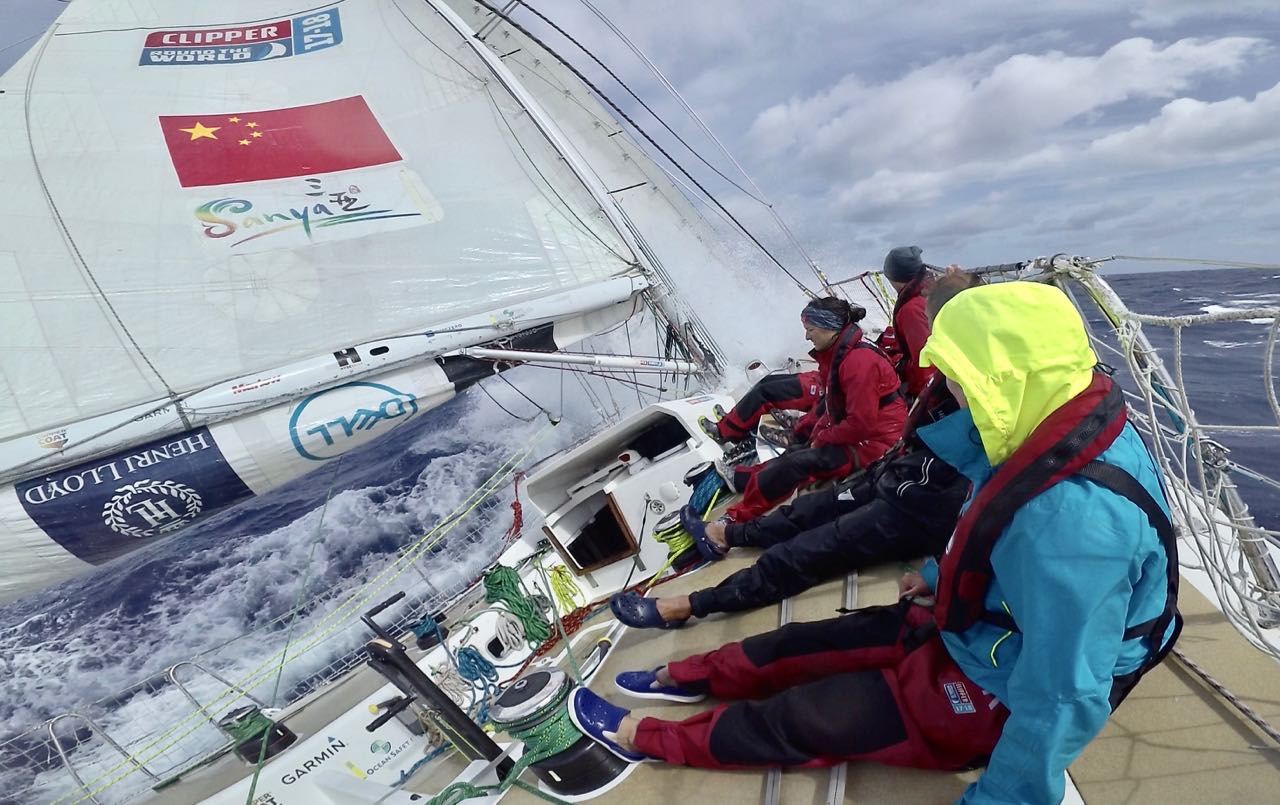 The Clipper Race fleet leading pack has entered what should be the final 24 hours of Race 11: Nasdaq Race from Panama to New York, but finishing positions are still very much up for grabs.

Just like the majority of the races so far in the Clipper 2017-18 Race, the end of Race 11 is set to be a close one. The latest Estimated Time of Arrivals has the majority of the teams crossing the finish line within an eleven-hour period, from mid-afternoon UTC time today.

PSP Logistics remains in first place for a fifth consecutive day and has a 30 nautical mile (nm) lead on the second placed GREAT Britain, with just 77nm to run until the finish line. And PSP Logistics Skipper Matt Mitchell is enjoying where his team is at, saying: “We are ghosting along towards the finish line with just under 80 nautical miles to go as I write. It's been a lovely day today with nice clear skies and decent breeze.”

Things are far less settled in the chasing pack. Currently, there is just 26nm separating second from sixth, and with the wind is forecasted to remain patchy for the next 24 hours, the final two spots on the podium are anyone's. GREAT Britain Skipper Dave Hartshorn explains: “The interesting bit is, no one knows what the end picture looks like. Earlier we were thundering along at 14-15 knots, now we are just making 7 knots.”

Sanya Serenity Coast, currently in third place, has also been experiencing changeable conditions. Skipper Wendy Tuck reports: “So, it's been a very mixed up sort of day. Started off blast reaching smoking along with the aid of the Gulf Stream. It was a bit of a rodeo ride and very splashy but heaps of fun. Then more reaching with an easing wind and sea state. Finally popped the kite and now charging to the finish line.

“Unicef is in our rear-view mirror, snapping at our heals, and over on the other side of the course we have Garmin and Nasdaq. In the last couple of position reports we have traded places from third to sixth – it is a fight to the end.”

In order to podium in its home port of New York, the sixth placed Nasdaq will no doubt be looking for the same speed which saw it win the Elliot Brown Ocean Sprint. Nasdaq picked up three bonus points after completing the 180nm sprint in 15 hours, 14 minutes, and 10 seconds, at a very impressive average speed of just under 12 knots. Garmin was just 29 minutes and 1 second behind to earn two bonus points, whilst GREAT Britain set the third fastest time, 16 hours, 24 minutes, and 25 seconds – just 15 minutes ahead of the fourth placed Qingdao – to collect one point.

On the push to the finish line, Nasdaq Skipper Rob Graham says: “We spent last night weaving around some very shifty winds as a squally weather front passed overhead, then had a few hours storming progress northwards helped by the Gulf Stream.

“Conditions were initially a little sporty for the Code 2 (Mediumweight Spinnaker) but have been easing ever since, so I'm now going back on deck for a peel to the Code 1 (Lightweight Spinnaker).”