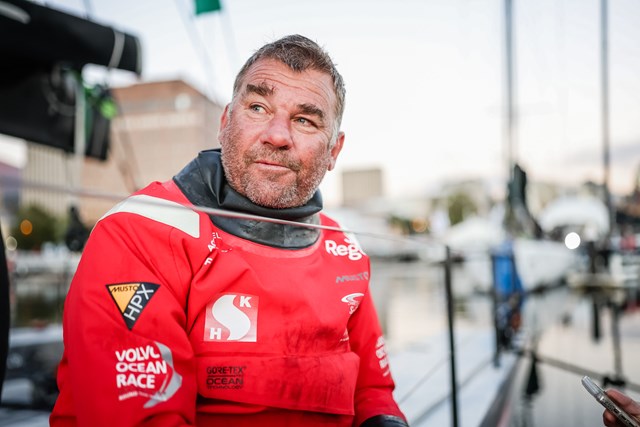 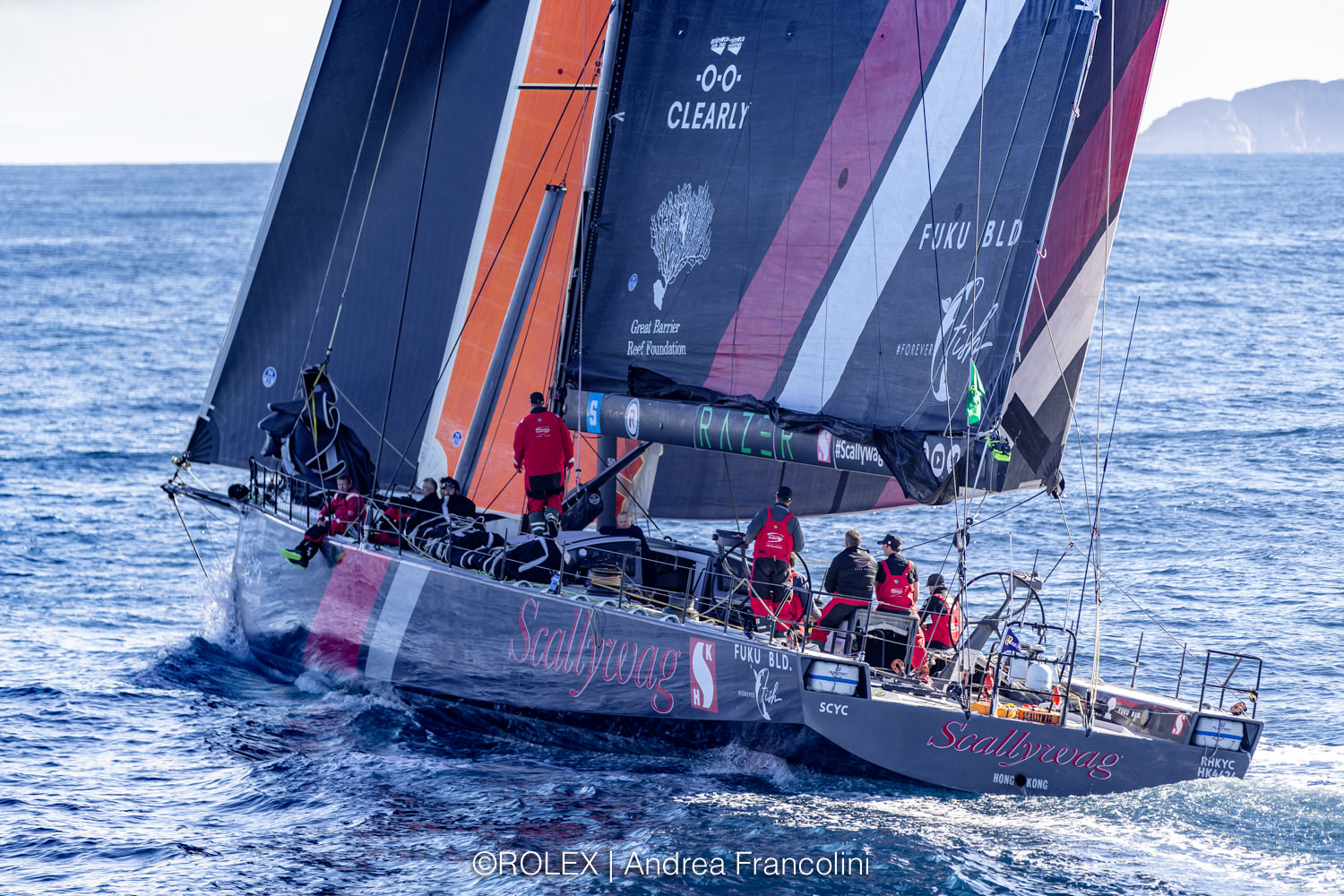 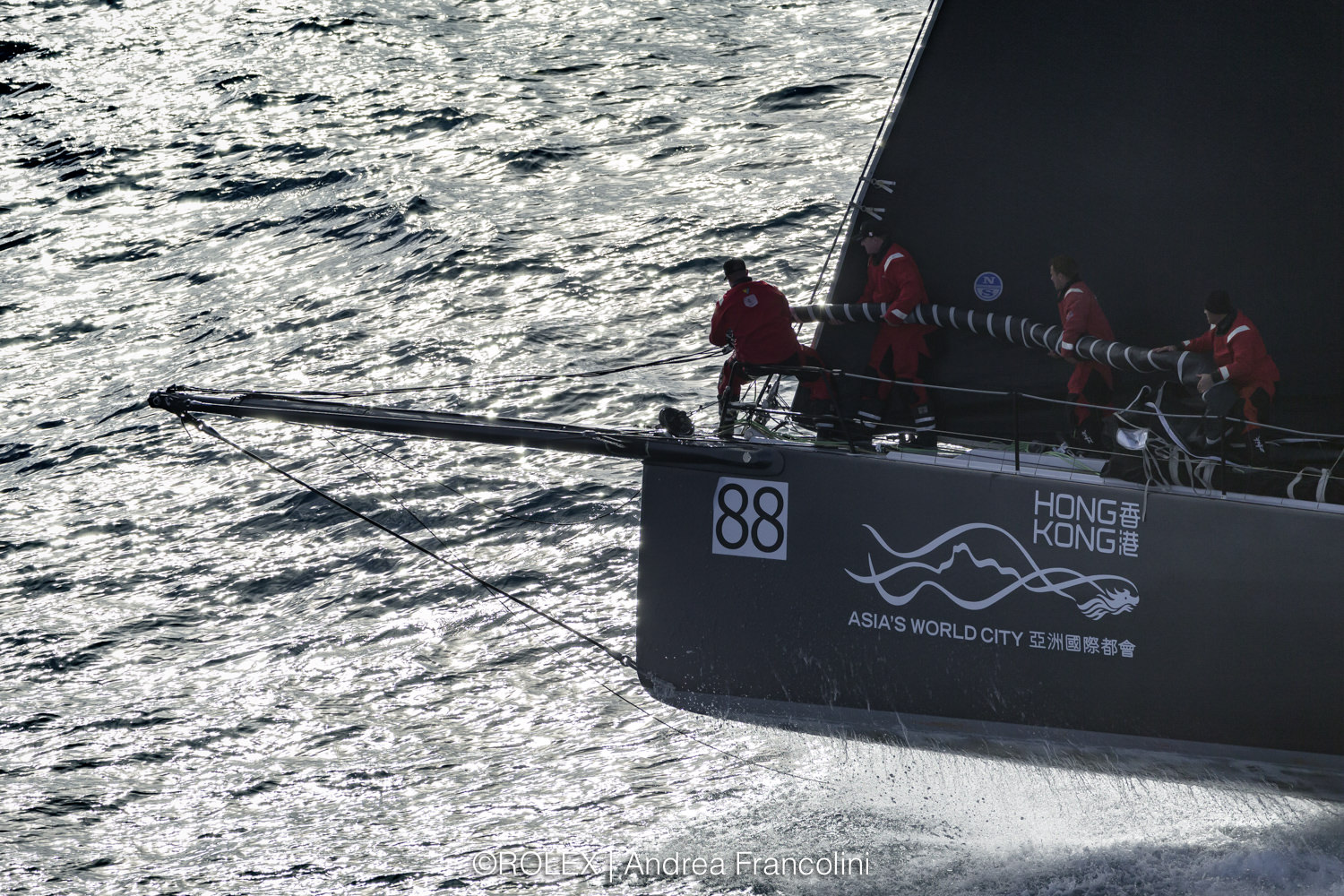 David Witt could not hide his frustration for again missing out on his first Line Honours win in the Rolex Sydney Hobart Yacht Race after he skippered SHK Scallywag 100 to third place.

Black Jack took Line Honours in the Cruising Yacht Club of Australia’s 628 nautical mile race at 1:37.17am. She crossed the Derwent River finish line in the time of 2 days, 12 hours, 37 minutes, 17 seconds.

After mooring the Seng Huang Lee-owned 100-footer, which is registered with the Royal Hong Kong Yacht Club, Witt calmly sat by the rails of the boat and expressed his feelings.

For Witt and his crew, it was a race that promised so much after the Sydney Harbour race start on Boxing Day, when they sailed SHK Scallywag 100 out of the Heads in first place.

But soon after SHK Scallywag 100 passed the two offshore marks, the boat suffered its first breakage – with the J2 foresail tack fitting – and was passed by LawConnect and Black Jack.

For Witt and crew, the race then became a series of mechanical issues. The one consolation was their ability to find speed nearer the end and challenge for second place.

After finishing in Hobart, Witt said: “The crew did an amazing job. We probably don’t deserve to have a 100-footer arrive here in the condition the boat ended up in after the first night.

“It’s a credit to the team they got here, that we got here, and that we were still in the race just before Tasman Light.

“On the other side, it’s really disappointing. We’ve been trying to win (Line Honours) in this race for a long time.

“COVID has really bitten us on the arse, so to speak. I live in Hong Kong. I don’t live here.

“We’ve had to leave the boat in Australia and haven’t been able to prepare it as well as we would have liked.

“But the crew did a great job. The boat was fast enough. We just couldn’t keep it together.”

Asked what breakages SHK Scallywag 100 had specifically suffered during the 76th running of the Sydney Hobart, Witt, who sailed into Hobart having done his 25th race, said: “We broke a J2 tack coming out of the Harbour. We broke it again – those two times cost us 20 miles.

“Then we lost all the electronics and then we sailed three quarters of the race with no instruments at all. In a 100-footer, that’s a pretty difficult thing to do.

“Then the ‘PLC’ [Programmable Logic Controller] shut down. So, we couldn’t turn the winches. At one stage we were trying to hand wind the top of the winches.

“But ‘Scallywags’ never give up. To win your first Sydney Hobart, you have to finish. We finished. We just didn’t win. We lost between 40 and 50 miles because of breakages.”

Still, it won’t be long before Witt starts thinking about preparing for another tilt at the race.

First up was to share some race reflection over a few drinks with his crew, then a few days of R&R in Hobart with his wife Kim, after a hard year in which they came down with COVID.

“We had a pretty tough year this year,” Witt said. “We were stuck in the Philippines for 10 months and got COVID. It was a pretty serious thing for us.

“But I think the borders have just opened. So, we can get the boat back to Asia where we do all the [boat] maintenance and spend the next six months preparing to come back next year.

“For five years, we’ve been trying to win (Line Honours) on Scallywag. We’ve always been off the pace. But we certainly know that we have the team and that the boat’s good enough to win.”