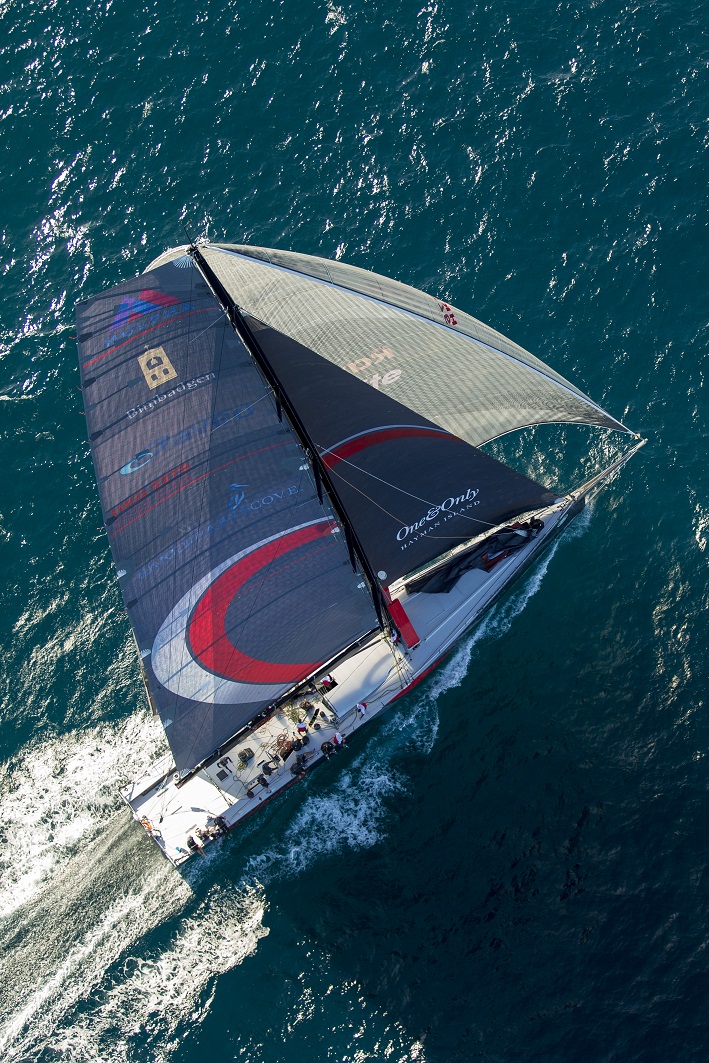 David Witt, the skipper of Seng Huang Lee’s Scallywag, reported this morning the super maxi had retired from the 2016 Land Rover Sydney Gold Coast Yacht Race after a keel ram exploded on the super maxi as they were sailing near Smoky Cape shortly after 9am. All crew members are safe and well.

“Such a pity, we were right alongside Wild Oats XI,” Witt reported from the yacht, which was giving the race record holder a run for her money in the 31st running of the Cruising Yacht Club of Australia’s 384 nautical mile race.

“We are at Trial Bay near Smoky Cape floating around – we can’t sail. A rescue boat has taken some crew members of the boat into Trial Bay, including SH (owner Seng Huang Lee). We are fine, just not happy,” said Witt, who plans to motor the yacht to Newcastle.

Any chance of race leader Wild Oats XI breaking her 2012 record of 22hrs 3mins 43secs will expire shortly after 11am today. Mark Richards has kept the boat moving in light airs, but they are still 173 nautical miles from the finish at Main Beach, Southport.

Scallywag’s retirement means five of the original 75 yachts are out of the race, leaving 70 racing. She joins Concubine, Merlin, Secret Mens Business and Wax Lyrical.