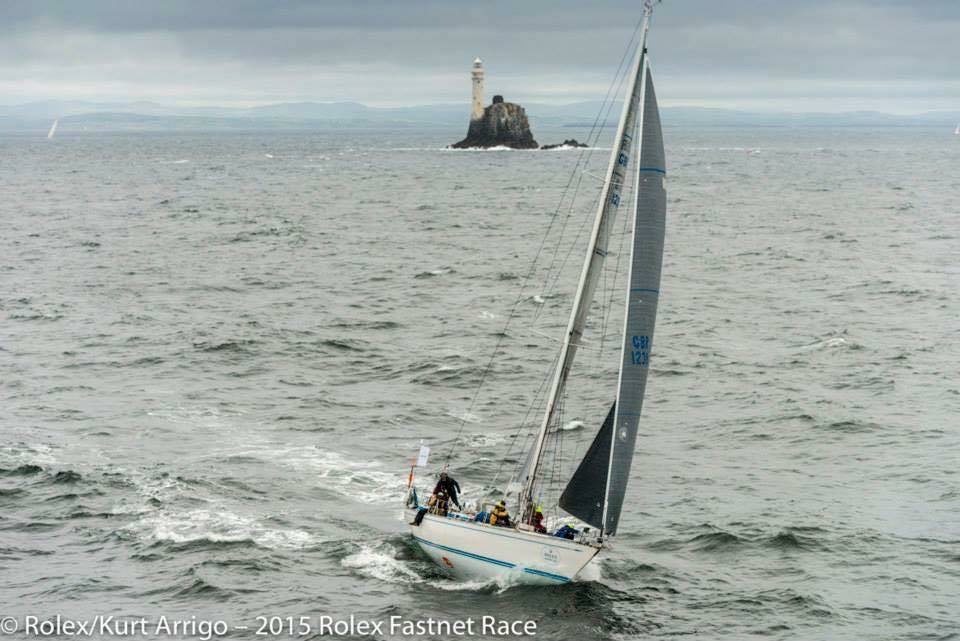 Sarabande may soon be heading for her 50th birthday, but that won't stop her and her loyal crew from enjoying a healthy competitive streak in this year’s Volvo Round Ireland!

Rob Mably, a farmer from Cornwall, bought Sarabande over fifteen years ago as a family boat, and has since spent many happy summers cruising the waters of the Scilly Isles, Britanny and even the Caribbean.

In recent years, he has spent his time updating and modernising the boat in order for her to compete in some of the most prestigious races in the world, including the Rolex Fastnet 2015 and the cross channel race to Roscoff kicking off today…not to mention his 2013 L'Aber Wrac'h win!

Given that Rob and many of his very diverse crew are West Country sailors and have a deep affinity for the Atlantic, it seems only fitting that the Sarabande joins the Volvo Round Ireland fleet. They even have an Irish sailor (and dear friend) Donal O'Halloran, joining them for the gruelling challenge. Donal is from Cork where he campaigned a 720 for years at International level, and is highly regarded in Cornwall as a first class sailor. He also gives crew member George Fairhurst (another Cornish farmer’s son, a good run for his money in telling Jethro jokes!

How are they preparing for the race?

“None of this dried food nonsense. Boeuf bourguignon, Chilli Con Carne, Tarragon Chicken, and good selection for the vegetarians!  We ensure the kitchen of the Sarabande is well-stocked with plenty of cake!”

Indeed, cake seems to be the flavour of the month with the crew, as it is a tradition that they celebrate crossing the finish line with a baked masterpiece of some sort!

So, what is Rob most looking forward to about the race?

“For me, it is about keeping my lovely old Swan going and being as competitive as we can. I need the younger ones to help me do that, and I have a great sense of gratitude to them and to life itself. There is something very poignant about being at sea, it is where I feel at ease with myself, and I can share that with my crew.”

Sounds like the Sarabande and her crew are in for a smooth sail ahead. We're looking forward to welcoming you to Wicklow, Rob!