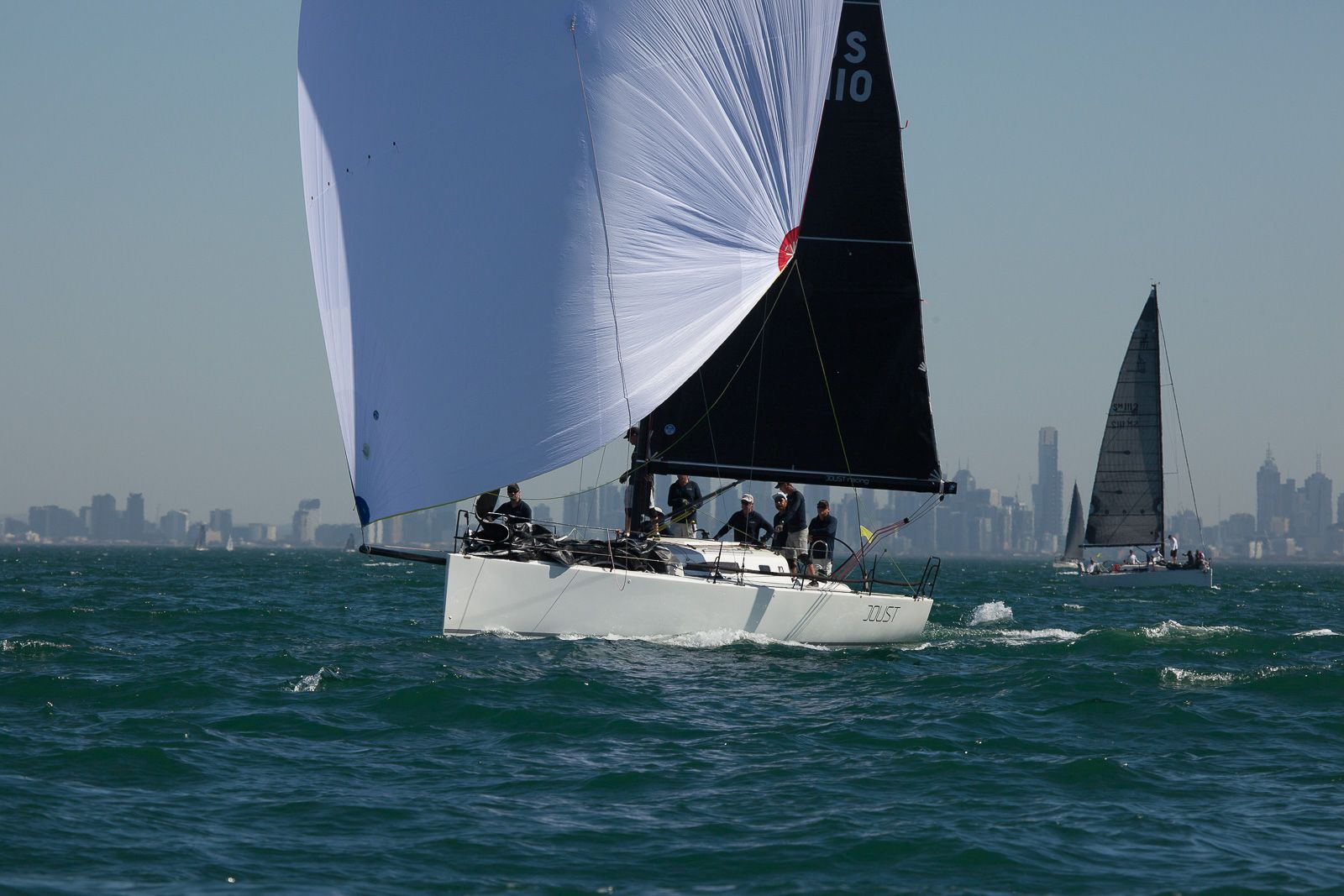 Sandringham Yacht Club in Melbourne recently hosted a myriad of major events, the most recent being the J24 Nationals and the Australian Yachting Championship (AYC), inclusive of the Australian J/111 and Multihull Championships this month, continuing to position itself as a serious yacht racing club.

Finishing the AYC with an unblemished scorecard, Matt Allen was crowned Division 1 champion after sailing his new TP52, Ichi Ban, to eight wins. He has raced at the Club previously, but has come away with even more respect this time.

“It was a fantastic event. The great thing is Sandy (SYC) is very focussed on sailing. They have a great passion for it – which is quite evident at their events,” he says.

“The staff and volunteers are amazing in a sense that they did a terrific job putting the Championship together, including producing a great services directory especially for competitors.

“And they got right behind the promotion too, so everyone knew it was happening,” said Allen of SYC.

Allen, President of Australian Sailing, had arrived in Melbourne fresh from winning the 2017 Rolex Sydney Hobart, said he and the crew were well looked after.

“We had to swap our offshore rig to our inshore rig and the quality of assistance they gave us, including bringing lunch out to us in the yard, was incredible.  And everything in their yard worked well. It all happened so easily – they couldn’t have done more for you.”

Others, including fellow Sydney competitor, Tony Kirby, echoed Allen’s thoughts. “It was a very well run regatta and we were made to feel at home; it was a pleasure sailing out of Sandringham –  and the atmosphere after racing was really great,” he said.

And the Club’s fleet of J/111’s is building. A fast one-design 36 foot keel boat, the class recently held its Australian Championship in tandem with the AYC. Five of six owners call Sandringham YC home. The final competitor came all the way from South Australia.

Claiming victory in six of eight races with his ‘Joust’ to win the Championship title, SYC member Rod Warren said he was pushed hard by fellow Club rivals, including Phil Simpfendorfer (Veloce) and Rob Date (Scarlet Runner 11). The two are new converts to the class, transferring from successful offshore racing careers.

A member for four years, since buying Joust, Warren has nothing but praise for SYC: “The main thing is the racing – Sandringham has the premier racing program in Victoria and good boats in all areas, inshore and offshore,” he explains.

“The races are well run – the race committee is focussed – and there are good services onsite like riggers, sailmakers and a chandlery. It’s a one-stop shop. We (the J/111 crews) enjoy getting together at the Club after racing, especially on Saturdays. It’s a sociable club and we find the bar and restaurant facilities very good.”

Warren says the Club’s J/111 fleet has grown quickly in the last 12 months with Veloce, Scarlet Runner 11 and Playlist (Mathew Powell) the latest additions. “They are very experienced and skilled sailors.

“They are increasing the competition level a lot. It will only get better and harder – so it’s good preparation for the Worlds – we’ve done the last three. If we’d gone after these Nationals, we likely could have done better than our third of last time.”

Currently, Warren says, the J111’s are scattered at the marina. “But at the Nationals, the six were moored together. It looked good and the camaraderie was good. We hope to have us moved together permanently in due course,” he ends.

Commodore Rob Davis commented, “We are incredibly proud to have been chosen to host a number of such high profile events in recent times. We pride ourselves on being able to offer a diverse and complete range of services to our members and visitors alike, whether it’s just popping down to the club to enjoy a quick meal or undertaking major boat repairs, we have all bases covered.

“Having said that, we are a boating club first and foremost and running great on water activities is at the heart of what we do. The quality and size of our keelboat fleet is continuing to build and we are generally able to accommodate new boats with limited marina berths currently available.”

The vast SYC floating marina can accommodate 360 boats and is accessible 24 hours a day. In good news for local boat owners, in mid-2018 the Club’s rental pool increases significantly which will present berthing opportunities for keelboats in Victoria looking for an active racing club. Combined with onsite parking and wide-ranging club services, SYC has a comprehensive offering.

Most of the fleet is now bedded down at the SYC, where some competitors are beavering away on their boats to make the March start, making use of the Club’s travel lift and other extensive facilities.

For further information go to: www.syc.com.au