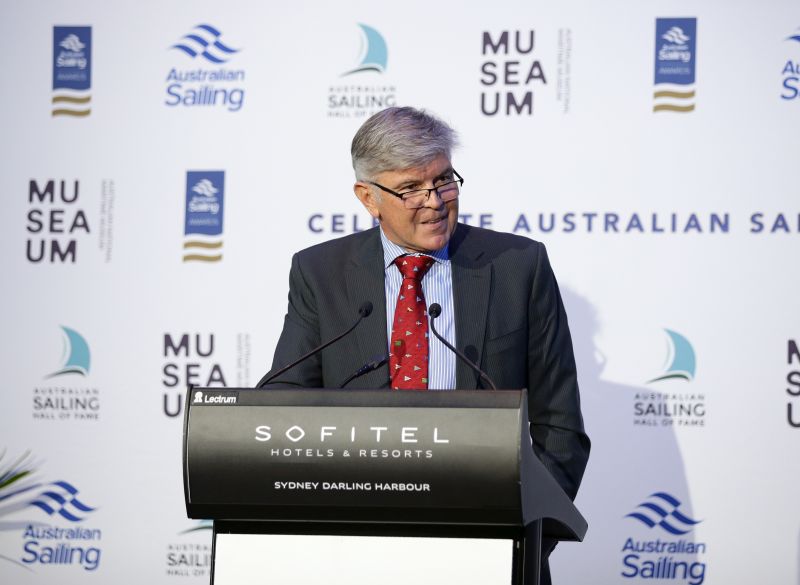 Three members of the sailing community have been recognised for services to sailing in the Queen's Birthday 2020 Honours.

Mr Glenn Bourke AM, Mr Patrick Bollen OAM and Mrs Jean Wilmot OAM all from New South Wales were among the list of notable Australians recognised on this year’s list.

“We are overjoyed to see Glenn, Patrick and Jean recognised on the list of recipients this year,” said Australian Sailing President Daniel Belcher. “All three have given so much to the development and promotion of our sport, and today we thank them for everything they have done. The awards are all thoroughly deserved.”

Olympian Bourke has dedicated his life to our sport, and has been recognised for his significant service to sailing at the elite level as a competitor, coach and administrator

On the water, he was one of Australia’s premier sailors across the late 1980’s and early 90’s. He was selected to the 1980 Moscow Olympic Team but missed the opportunity to compete due to the boycott. He won three consecutive Laser Class World Championships from 1988-90 before switching to the Finn where he represented Australia at the Barcelona 1992 Games. He also won back-to-back Yachting Australia Yachtsman of the Year awards in 1989-90, sailed in three Admiral’s Cup campaigns and in the 1987, 1992 and 1995 America’s Cups.

After retiring from professional sailing he has forged a career in the sailing industry. He did a four-year term with the Sydney Organising Committee for the Olympic Games culminating in a role as competition manager for sailing at the Sydney 2000 Olympic Games. He then held CEO roles for the Cruising Yacht Club of Australia and Germany’s Illbruck Challenge team for the Volvo Ocean Race and was also CEO of the Volvo Ocean Race. In 2008 he commenced his current role as CEO of Hamilton Island, home to Hamilton Island Race Week.

In that time he has also contributed to the development of the sport. He was a Coach at the 1996 Atlanta Olympic Games and has been a member of the Olympic Nominations Committee for Australian Sailing for the past three Games.

Patrick Bollen OAM has been recognised for his service to the community, and to sailing. A long-time member of the Cruising Yacht Club of Australia, Bollen is one of the most credentialled sailing journalists and has done so much for the promotion of our sport.

Over the years he has covered sailing for the Sydney Morning Herald, the Australian, 2UE, 2GB, News Corp, Fox Sports and the Macquarie Network. He has reported on the America’s Cup, the Pan Am Clipper Series and the Sydney to Hobart every year since 1974.

Jean Wilmot OAM received her honour for service to sailing, and to dance education. Wilmot has dedicated her life to the sport and is a member of the well-known sailing family from Sydney’s Northern Beaches.