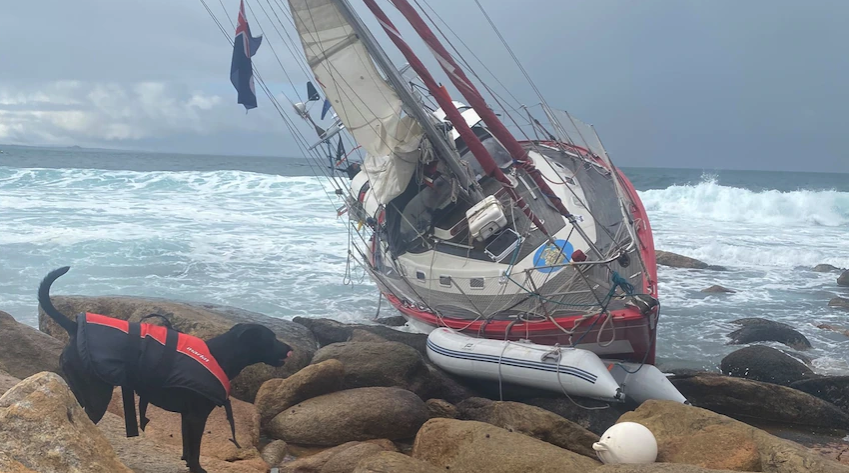 A solo sailor has spent seven hours trapped on his yacht after it smashed onto rocks off the Coffin Bay National Park on South Australia’s west coast.

Will Fantom clambered off his yacht SV Skeese with the clothes on his back, his dog Mischief and a few belongings at low tide after the accident to a sandy beach 300 metres away. He was later flown by helicopter to safety. Mr Fantom was circumnavigating Australia raising money for para-sailing funds, which support people with a disability in the sport.