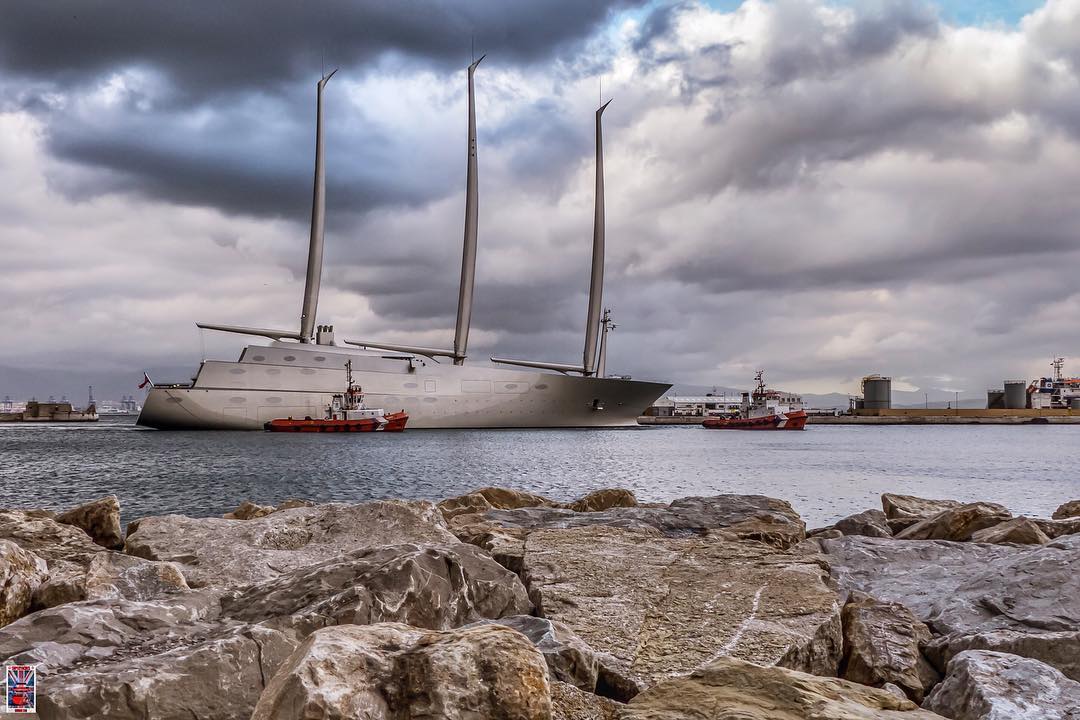 The 142.8m S/Y A, largest private sailing yacht in the world, had been arrested in Gibraltar following a €15,3 million claim filled by Nobiskrug, the shipyard it was built at, late last week. According to the Yacht Harbour website, the judge approved the order to release the yacht and it will leave Gibraltar soon.

A spokesman for the yacht owner said, “This unfortunate incident concerning Sailing Yacht A is now resolved. The yacht will now be handed over to the owner’s project team and will leave Gibraltar shortly.”

On February 5th, the “sail assisted motor yacht” left Kiel to undergo further fit out works and sea trials in Spain, and arrived in Gibraltar a few days ago. The vessel is scheduled to be handed over to Mr Melnichenko in late Spring 2017.
However, lawyers acting for Nobiskrug have filed a claim against the yacht for a breach of contract. The claim indicated that the final €9,8 million installment was not paid by Valla Yachts Limited, the company that owns S/Y A,  despite its January 27th deadline stated in the shipbuilding contract according to their lawyers. This sum is however now in arbitration.