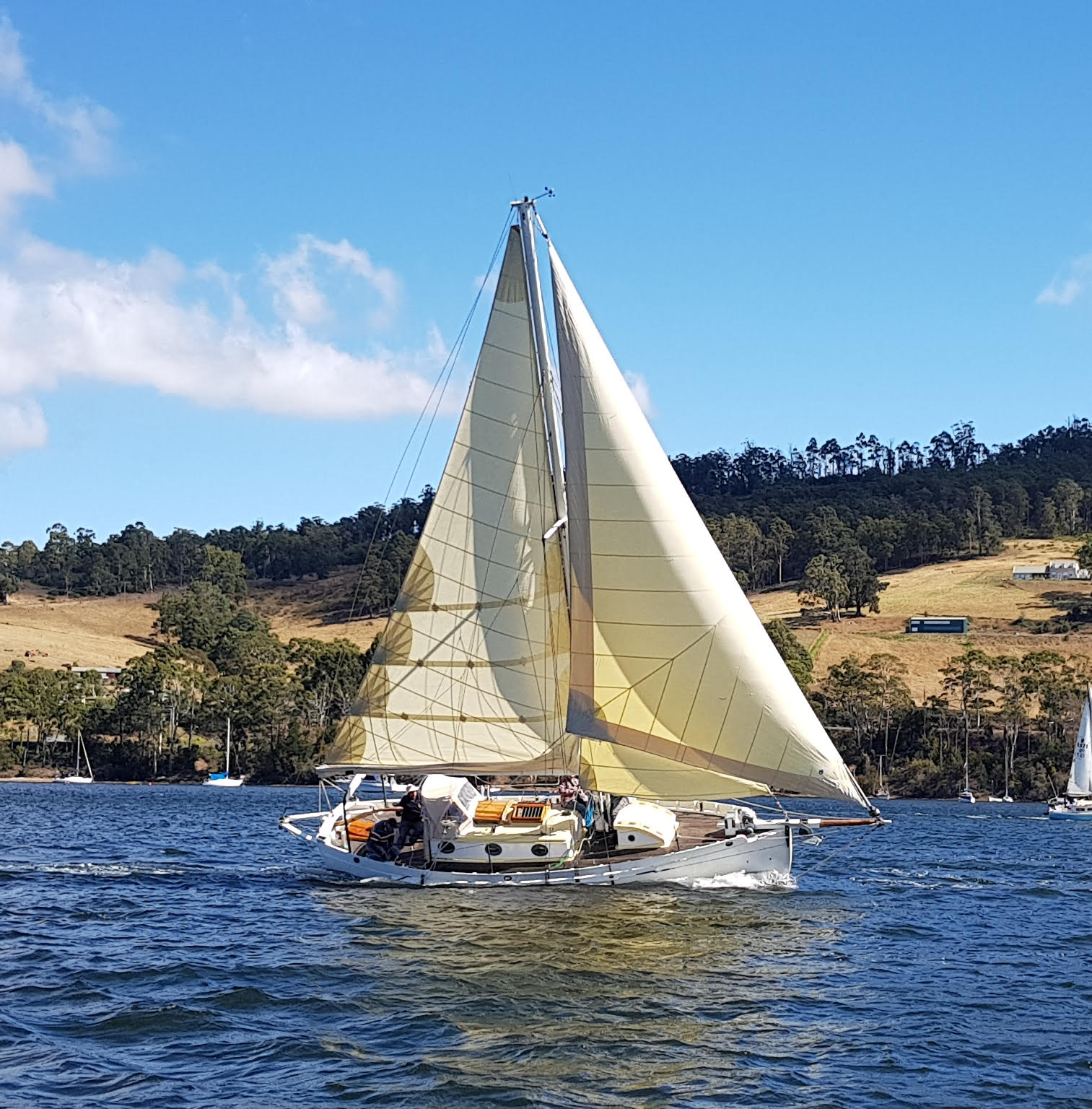 Since Tasmania’s colonial days, regattas have been a significant part of the way of life of sailing Tasmanians, in particular those who live in Hobart, down the D’Entrecasteaux Channel or in beautiful the Huon Valley.

Some, such as the Shipwrights Point Regatta down the Huon, have long gone but many continue to thrive and new ones have been established, thanks to the enthusiasm of volunteer local organisers and the support of sailors.

Still to come at the end of March are the Port Esperance Regatta way down south at Dover and the Barnes Bay Regatta which winds up the summer yacht racing season with a big barbeque ashore on Bruny Island.

The Port Cygnet Regatta brought yachts from the Royal Yacht Club of Tasmania, Derwent Sailing Squadron, Bellerive Yacht Club Port Huon and Kettering to join those racing out of Port Cygnet Yacht Club in a bay named after its prolific waterbird life by French navigators exploring the Huon River back in the 1770s.

There were even a couple of trailable yachts from Port Dalrymple Yacht Club at Beauty Point on the Tamar River in a fleet that ranged from Etchells, a venerable 12-square metre Sharpie, the ocean racing yacht Tilt, several multihulls, some fine cruising boats such as the Bristol Channel cutter April of Cygnet and the beautiful Eight Metre class Varg.

The long weekend of racing started with Port Cygnet boats racing up to Kettering and Hobart entries sailing there in a Friday evening race. On the Saturday, the combined fleets raced back down the Channel to Cygnet and on the Sunday afternoon they all lined up again for the Port Cygnet Regatta,

After a frustrating light wind race from Kettering to Cygnet, the nor’wester howled in on the Sunday afternoon, gusting to 30 knots.

Despite some local knowledge, results in the two main races were widely spread between clubs and craft.

In the Kettering to Cygnet race, line honours in Division 1 went to the Bellerive Yacht Club entrant Ciao Baby II, skippered by Bill Batt but on corrected time the winner was Rose, a Swarbrick 44 whose owner Rob Williams has relocated from Queensland to Tasmania.

Sunday’s Port Cygnet Race around the buoys saw some spectacular sailing as the strong and gusty nor’wester.

In Division 1, local Henry Sheerwater in his Paper Tiger Trigger outsailed the fleet but was beaten by just eight seconds on handicap by Brent McKay’s Radford 35L, Rad, from Kettering Yacht Club.

Mike Hutchinson’s Hobie 33 Emotional Rescue (a keelboat, not a catamaran) from the Derwent Sailing Squadron, placed third with former Sydney Hobart winner Ultimate Challenge, a Dubois 40 skippered by Peter Jenkins from the DSS, in fourth place.

First in Division 2 was the 1950s vintage 12-square metre Sharpie, Sabre, sailed by Gordon Stewart and his crew from PCSC. The 12-square metre (heavyweight) Sharpies were a sailing class at the Melbourne Olympics in 1956.