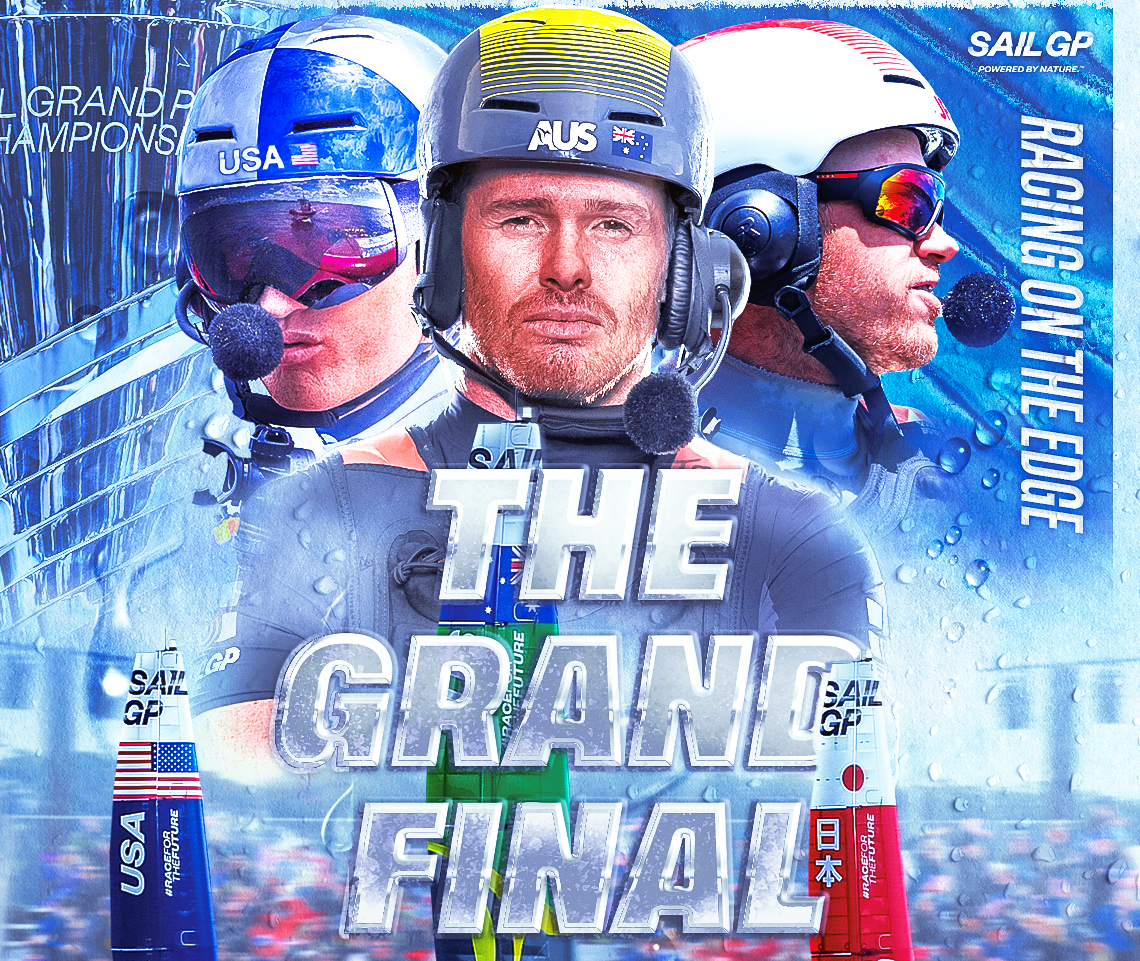 The final Season 2 episode of SailGP’s docuseries ‘Racing on the Edge’ is out now.

The final Season 2 episode of SailGP’s docuseries ‘Racing on the Edge’ covers the Grand Final weekend in San Francisco that had everything, from dramatic collisions to challenging conditions, to a whale interrupting the winner-take-all race for $1 million.

The drivers of the three teams in that Final Championship race, Australia’s Tom Slingsby, Japan’s Nathan Outteridge and USA’s Jimmy Spithill, give viewers an exclusive insight into their mindset, tactics and emotions from an unprecedented Grand Prix weekend at the Mubadala United States Sail Grand Prix.

Slingsby’s Australia team ultimately prevailed in the shadows of the Golden Gate Bridge to claim back to back SailGP Championships. Slingsby speaks of his immense pride in the episode at once again beating the best field in world sailing.

“To have Australia on the top step of the podium, it’s huge, we’ve shown time and time again that Australia is the strongest sporting sailing team in the world. And it’s the glory that’s more important than any prize money,’’ Slingsby said.

Slingsby also discusses how he overcame pre-race mindgames from his competitors alluding to his fiery temper, and the dangers of what Outteridge called the ‘red mist’.

“A coach once said to me when someone asked him, how do you deal with Tom and his temper, when he loses his cool? And he said, ‘Look, you can’t kill the beast. The beast is the reason he’s the best in the world.’ Racing with this team, I feel privileged and we help each other to become better sailors and better people, I feel like I’m managing my temper and growing as a person all the time with this team,” he said.

For Spithill it was a case of wondering what might have been after a massive collision with Spain in an earlier race on Grand Final day tore a hole in the back of the USA catamaran and led to frantic on water repairs. But the two-time America’s Cup winner conceded in his view the best team won.

“I think the way the Aussies sailed that final race was much like how they’ve sailed all season, and that was really a level above everyone else. They really have been the benchmark team the entire time. And I think the pressure that they’ve been under to go back to back- that’s a sign of a very, very strong team that they won,” Spithill said.

*more Season 3 events to be announced