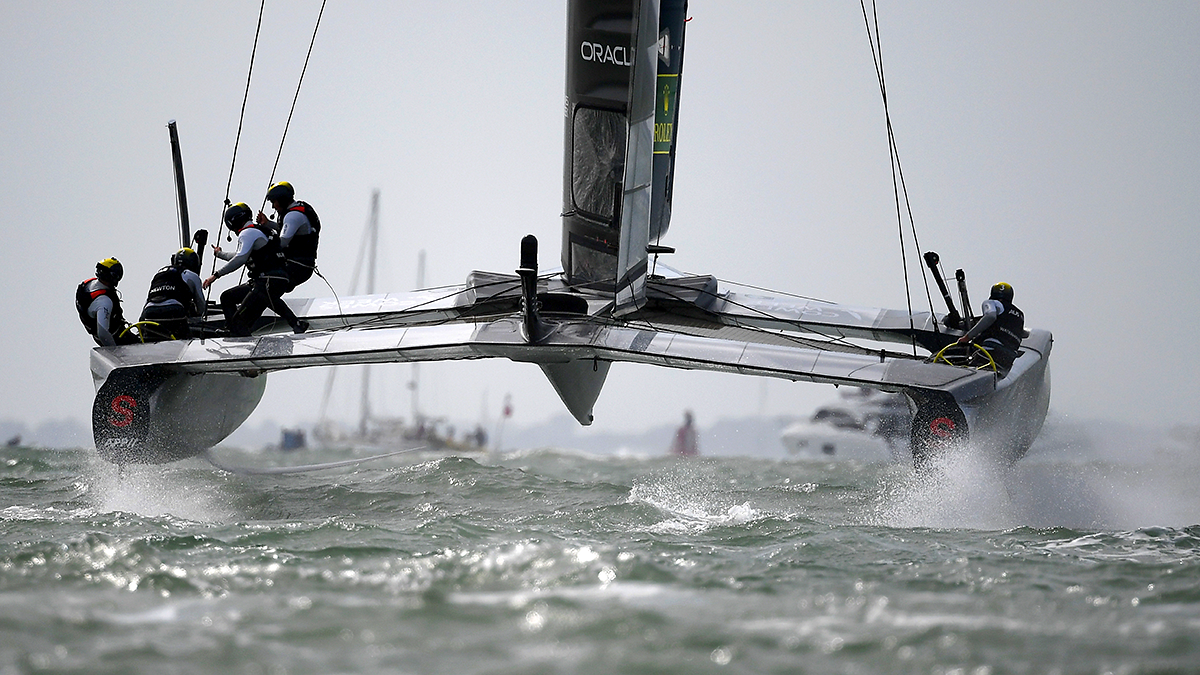 SailGP on red alert over lockdown

All operations at SailGP’s racing facility on Cross Island have been suspended in compliance with the Bermuda Government’s latest Covid-19 restrictions, which came into effect this morning.

Sir Russell Coutts, the SailGP chief executive, confirmed last night that the facility is now off limits amid discussions between his organisation and the Government in the hope of being granted clearance to resume operations in preparation for the inaugural Bermuda Sail Grand Prix presented by Hamilton Princess on April 24 and 25.

Both parties met yesterday in the wake of the Government’s tightening of Covid-19 restrictions in response to the recent surge in active cases, which has included four additional deaths to take the overall total to 16.

“We’ve been talking to the government officials today because clearly this situation is potentially really problematic for us,” Coutts said.

“First of all the F50 are highly technical boats. When we shut down operations after February 2020 because we knew we weren’t going to be operating for the rest of the year, we made pretty significant changes to the controls systems and electronics and so forth, and so the teams have not had a lot of time in these boats yet. In fact only three of the teams have now sailed these boats in Bermuda, and only for very limited number of days.

“So with them being such highly complex boats and going at these sort of speeds, we really need to try and get hours on the water to make sure the boats are reliable and the systems are working as they were designed to be, and that the sailors actually become familiar with how the systems operate because when things go wrong in these boats and they are doing the speeds that they are definitely, safety is a consideration.

“We have been explaining that to the government officials and they have been certainly attentive in hearing these concerns and have certainly requested additional information in many cases, but by in large they recognise the situation.”

“In addition to that in particular the New Zealand boat arrived in Bermuda unfinished because it takes considerable time to build these boats,” he said. “And with the current disruption with the shipping schedule, we thought it was safer to get the boat to Bermuda and finish it here, rather than risk finishing it in New Zealand and having late shipping delayed by Covid and the boat won’t arrive on time.

“The problem is if we lock our staff down for a week or even a few days, we’re almost certainly not going to get that boat finished in time for racing in the event, which would be obviously not the desirable position.

“But we are supplying more information; for example, which personnel are actually involved in the build of the Team New Zealand boat and also which sailors would need to be given a dispensation to perform their duties and which technical crew would need to also be there to perform their duties in the layout of sailing operations with their correct safety procedures and so forth in place.

“So we have really got two major concerns — one is getting sufficient hours on the water for these teams. Anyone that was out there watching them in the early days, you would recognise that they really do desperately need some hours out on the water to refamiliarise themselves with the boats.

“Some of the crews have not raced on these boats yet, so pretty much every hour counts a lot, so we need the time on the water and we also need the time within the Cross Island facility where our technical facilities are to complete the boats in time for racing.

“The good news is that our teams have been working within really strict bubbles, even to the point that the individual teams operate in their own bubbles. We are well used to that procedure and can manage it well, so that’s one of the good points about it.”

Coutts also raised concerns about the unsuitable weather that has also hindered preparations.

“The other thing that we are hoping for is that we don’t have any further weather delays because clearly if we get more strong winds and so forth and we’re unable to sail and we lose days now then it could really be problematic going forward,” he said.

“With all these delays, it’s a scramble. We can still do it but we definitely can’t afford to lose more days in terms of the sailing schedule.”

Coutts said the worst-case scenario would be to cancel the event if the necessary safety requirements to do so were not met.

“We wouldn’t be able to hold the event if we can’t get enough time on the water,” he added.

“What you got to remember is in the America’s Cup racing there were two boats racing at any one time. This championship all eight teams race at the same time in a fleet race, so you’ve got to be on your toes even more, so to speak.

“Worst-case scenario, if we lost too many days we would not be able to safely hold the event and we’d have to cancel, which of course none of us want to do. We all want to turn this into a success.

“I’m optimistic that we will find a way to operate. Other professional sports leagues in other countries have operated during Covid lockdowns, including Formula E recently in Rome.

“So, provided we have the right protocols in place, I believe that we can work around it and we obviously need to be diligent about making sure that nothing slips through those processes and that they are strictly adhered to.

“I’m confident our people are well organised in that regard and that we would able to manage the process really well.”

This article first appeared in the Royal Gazette