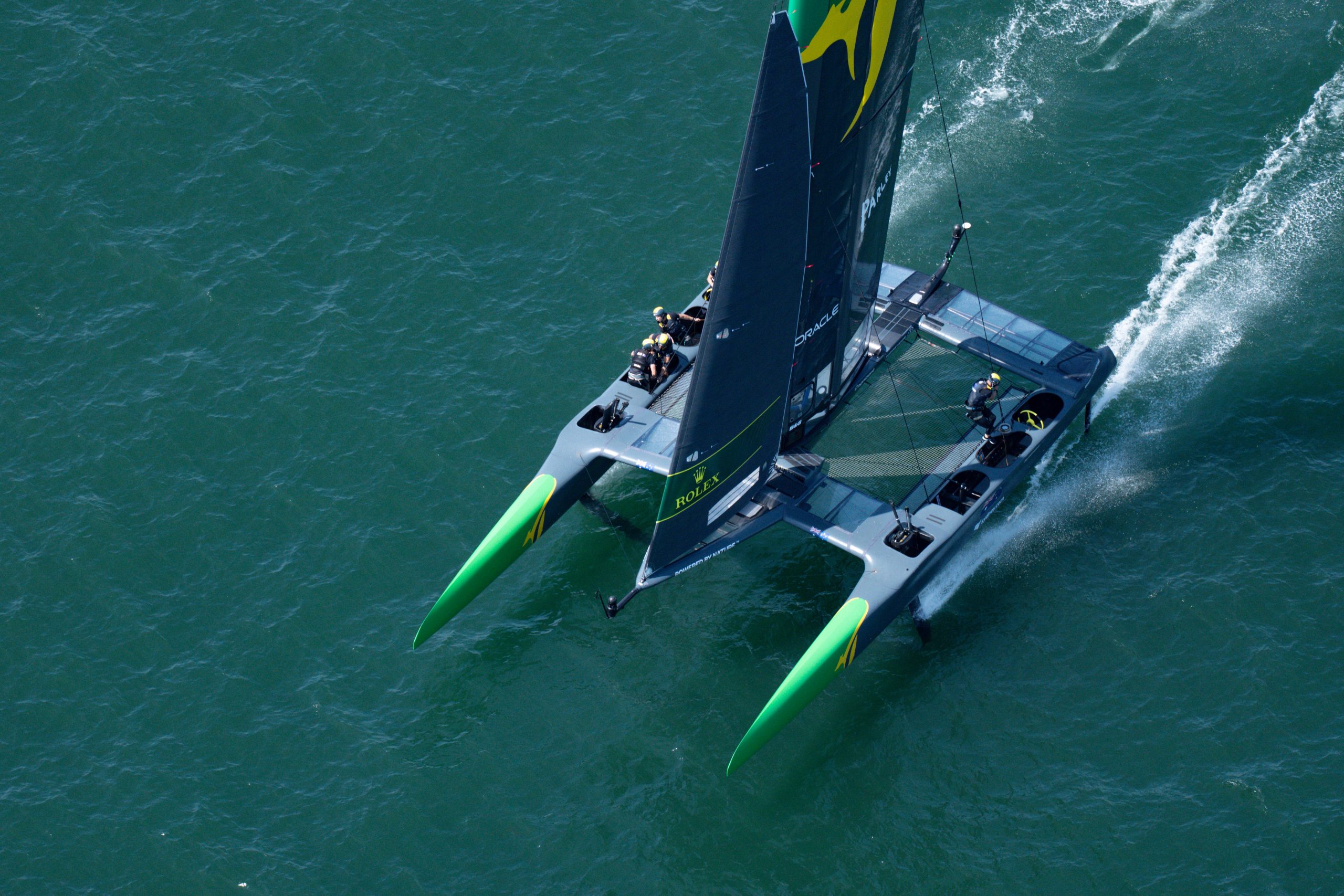 Tom Slingsby has proven that the Australian SailGP team can deliver against all odds after triumphing on UK waters at the Britain Sail Grand Prix, in a dramatic final race.

The team stormed home to victory, beating France and the United States in a nail biting winner-takes-all Podium race to move up to first in the Season Championship. There were several lead changes throughout the race, with shifty wind conditions and a challenging course delivering some of the most exciting racing SailGP has seen this season.

Slingsby commented on the race saying, “It was a crazy last race. We went from leading, to coming last, then battled our way to second and then had to push to get over France and we got there. It was so close and heading into that last maneuver it could have gone either way but we nailed the perfect foiling gybe and victory was ours.”

“You could say that in the form guide we wouldn’t have been the favourites going into this event, but I think we perform well when we are under pressure”, said Slingsby.

The victory was even sweeter for Slingsby and the team, given that they had just three days to train with a predominately new squad for the event. This challenge was compounded with the light winds, a known weakness for the Australian Team, who generally perform better in big, gusty winds.

“I really focused on working on my light air sailing in between Taranto and this event, and I think as a team we have improved and have shown we can perform in light air conditions”, said Slingsby.

“We had a few obstacles as a team for this event, especially with training up new sailors in a matter of days. With this and everything going on at home in Australia with COVID, I just feel so proud that we can take home this win and some good news for our country,” Slingsby added.

Whilst the Australians now sit at the top of the Season Two leaderboard, Slingsby says anything can happen in the upcoming events.

“We have shifted from the top of the leaderboard, to bottom after Italy, and now back to the top after Great Britain, in just three events. You can see that there are just a few points between the top of the fleet, which just shows how close this competition is”, said Slingsby.

The next SailGP leg will be held in Aarhus, Denmark on August 20 and 21, before the Championship heads on to France, Spain, Australia, New Zealand and San Francisco.