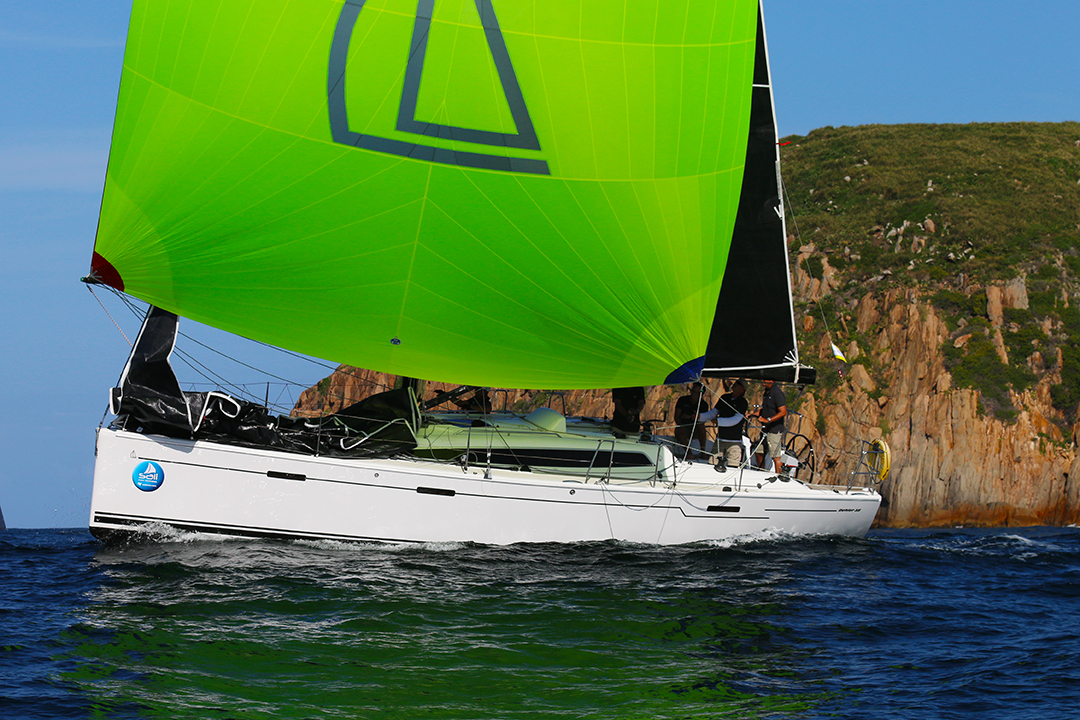 Some 120 yachts are tugging at their mooring lines like thoroughbreds, and a race track commonly described as Australia’s best is perfectly groomed just in time for tomorrow’s start of Sail Port Stephens Part 2.

The juicy prospect of a head-to-head battle with Marcus Blackmore’s Botin-designed TP52 Hooligan will have to wait until another day. Regardless, the 22-strong IRC fleet is arguably the best assembled in Sail Port Stephen’s 11-year history.

Wild Oats X is lining up for the prestigious IRC championship for the first time, having long been an event supporter with their wines. Sandy Oatley’s canting-keeled Reichel-Pugh 66, representing Hamilton Island Yacht Club and Royal Prince Alfred, will be firm line-honours favourite in Division 1.

“We’ve been watching this regatta grow for a number of years now,” program manager Paul Magee says. “We are really excited to be competing there this year, especially after a great race south to Hobart.”

The Sailors with disAbilities TP52 Wot Eva, skippered by David Pescud, will compete in Performance Racing. There are 18 entries in the division, scaling down to a pair of Melges 32s and including Jim and Mary Holley’s evergreen Farr IOR 40 Aurora.

Performance Cruising is the largest category with 51 starters across two divisions – many of the Commodores Cup boats are making a full week of it.

The record 16-strong NSW Super 12 fleet is set to welcome two super-sized newcomers – the Corby 43 Anger Management and Judel Vorlijk 42 Elena Nova. At the opposite end of the scale are four Fareast 28rs in their strongest class showing at Sail Port Stephens.

In the sports boats, meanwhile, Andrew York is defending his hard-won national title aboard Reo Speedwagon and facing strong competition from the Viper 640 helmed by Tyler Ratcliffe, boatbuilder Brett van Munster’s Boatspeed 23, and a clutch of Melges 24s.

Strong westerlies today have flattened the offshore course and moderate north-nor’east breezes are predicted for tomorrow, with summer-like temperatures of around 30 degrees. The winds will swing to the northwest at around 15 knots for Saturday’s passage race to Broughton Island, nine miles off the Port Stephens Heads.

Sail Port Stephens is supported by the NSW Government via its tourism and major events agency, Destination NSW, along with Port Stephens Council, Pantaenius Insurance and Garmin.