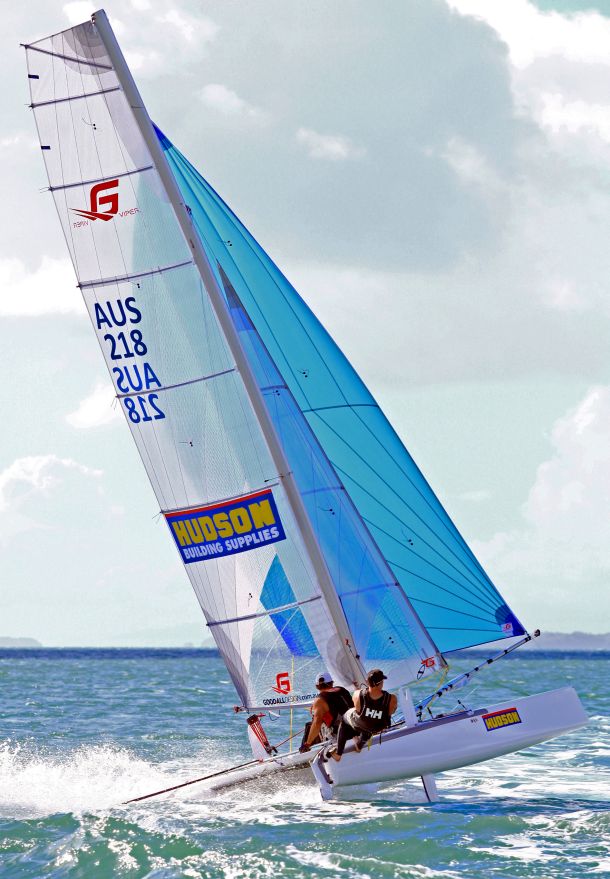 It’s the first time the Viper World Championships will be staged in Australia after the inaugural event was held in Erquy, on the north coast of Brittany in France last year.

International Viper Class Association President, Mark Stichbury-Cooper said Royal Geelong Yacht Club was the standout choice for staging a world class championship. “Royal Geelong has great facilities and is very professional when it comes to running a world championship,” he said. “They’ve got the runs on the board with off-the-beach racing after the success of the I-14’s in January this year.”

RGYC Commodore and Chairman of the Festival of Sails, Chris Williams said securing another world class event is a major coup for the club. “Our club is delighted to be chosen as host for the 2017 Viper World Championships. This will be the third time we’ve staged a world titles event in four years and that’s a huge acknowledgement of the club’s ability to handle competitive racing at an international level.”

Spectators can expect to see some exciting racing with plans to keep the sailing course as close to the beach as possible.

“Royal Geelong Yacht Club has excellent facilities for this style of racing with easy access to the beach and Corio Bay offers near perfect sailing conditions because of consistent winds,” said Chris Williams.

The Australian designed Viper is a high performance racing multihull that is built for speed and spectacular sailing. The Viper can reach speeds of up to 60 kilometres per hour.

The 2017 Viper World Championships will kick off the sailing action on Corio Bay ahead of the 2017 Festival of Sails. The dates for the 2017 event have been set with the passage race from Melbourne to Geelong on Thursday 26th of January, with the remainder of the race days from Friday 27th – Sunday 29th of January.

The Festival of Sails is presented by Rex Gorell Land Rover and is supported by the State Government of Victoria and the City of Greater Geelong.