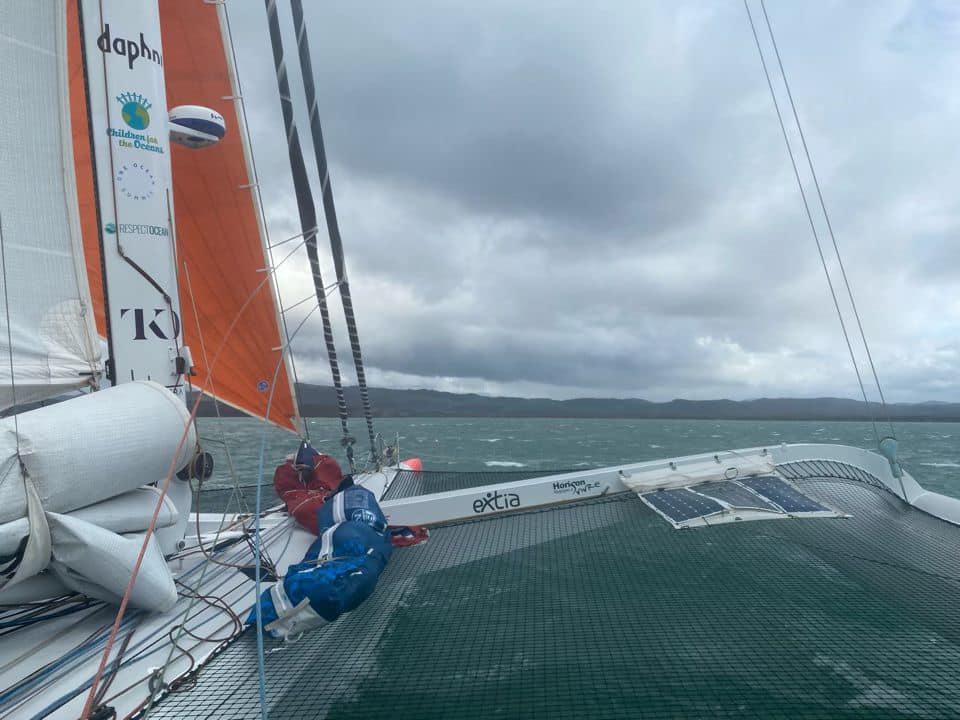 Romain Pilliard and Alex Pella will attempt to pass Cape Horn on Wednesday. Pic - Use it Again!

Romain Pilliard and Alex Pella, accompanied by Christian Dumard, their router and meteorologist on land, finally seem to see a weather window to launch an assault on the legendary Cape Horn.

On Tuesday January 4, Pilliard and Pella set off for the round the world upside down record on the trimaran Use It Again! with the aim of setting a new benchmark time for crewed multihulls.

Still in the shelter of Tierra del Fuego in the North of the Strait of Lemaire where they have taken refuge since Sunday evening. Pilliard and Pella will try to cross Cape Horn tomorrow on Wednesday. A dreaded stage of this Round the World Upside Down and oh so symbolic in the lives of sailors.

This Tuesday, as evidenced by their trajectory on the cartography, Pilliard and Pella are currently at the extreme eastern tip of Tierra del Fuego to let in a new southwesterly gale at more than 35 knots. Tomorrow, the duo will attempt a first approach to Cape Horn in winds that are manageable.

But the big question remains the practicability of the sea which promises to be very rough after the passage of the front on Tuesday. Once Cape Horn has passed, there again, uncertainty remain: will they be able to set off on the crossing of the Pacific or will they first have to take shelter along the Chilean coast?

For more information on the record, see: https://www.mysailing.com.au/round-the-world-upside-down-record-attempt/ and https://www.useitagain.earth/?lang=en