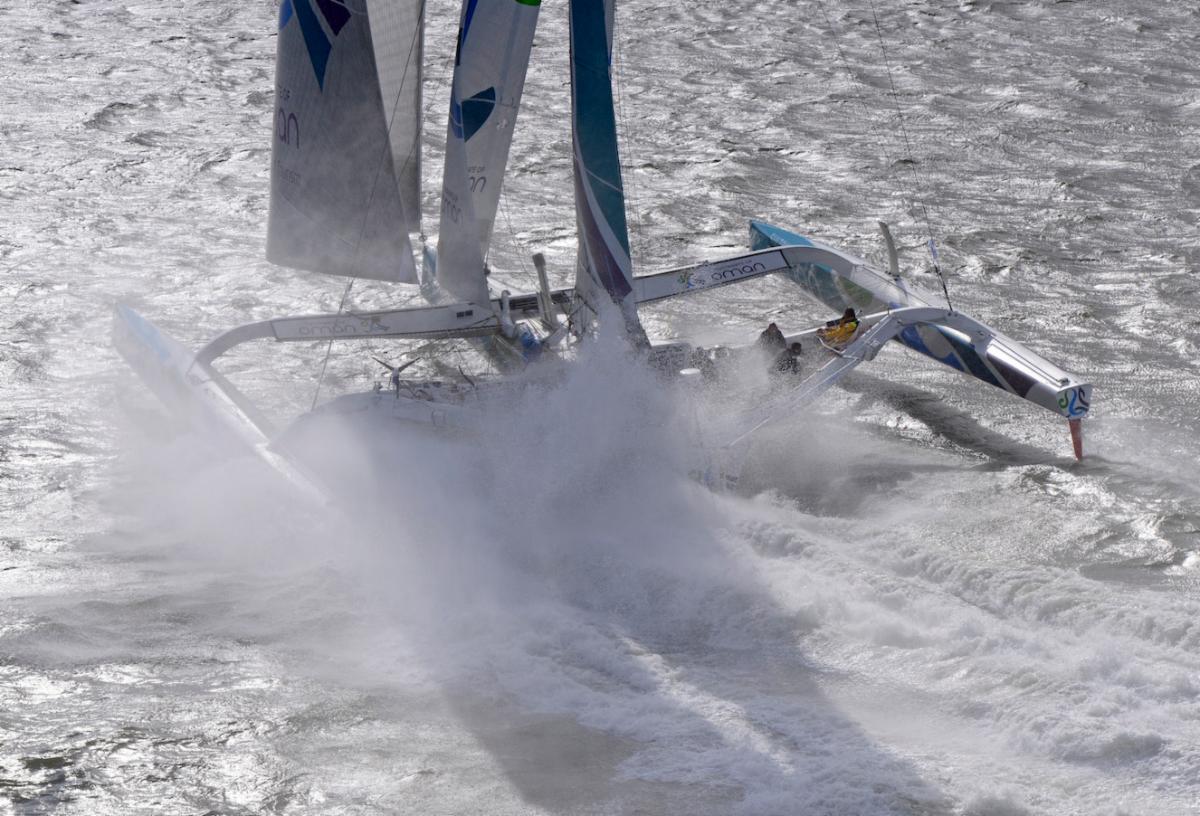 First organised by the Royal Ocean Racing Club in 1976, the 1,805nm Sevenstar Round Britain & Ireland Race is a true marathon of epic proportions.

Held every four years, the next edition will start on Sunday 7th August 2022.

Roughly three times longer than the Rolex Fastnet Race, the course sends the competing teams around a myriad of headlands with tidal strategies. Coupled with the notorious British and Irish weather, the Sevenstar Round Britain & Ireland Race is arguably the toughest pro-am race in the world. Every team that completes the challenge rightly deserves the admiration of any offshore sailor.

The Sevenstar Round Britain & Ireland Race is a World Sailing Offshore Special Regulations Category 1 race with RORC Prescriptions. At least half of the crew must have completed a minimum of 500 miles offshore racing within 18 months of the race start, including the skipper. Every crew member must also have experience of sailing a boat offshore and be prepared to encounter heavy weather.

“This is not a race like any other in the RORC Programme,” commented RORC Racing Manager, Chris Stone. “It is a very tough race in remote locations with a lot of navigational work required. Ultimately the qualification process combined with the crew working together will result in success for the teams. This is not a race to put a crew together at short notice, it is a race for a well-seasoned and well-practiced team. The Sevenstar Round Britain & Ireland is not a race for novices.”

Previous editions have seen the course reversed due to adverse weather conditions. Here is a walk through the course, assuming a clockwise direction.

After a momentous start at the Royal Yacht Squadron line in Cowes, Isle of Wight, the fleet race through the Solent then past the famous headlands of southwest of England. The epic adventure continues into the Celtic Sea, past the Fastnet Rock and Mizen Head onto the wild West Coast of Ireland.

The Atlantic racing continues past St Kilda, up to the most northerly point of the course, Muckle Flugga on the 61st parallel. Then, turning south through the infamous North Sea, the fleet will have turned their bows for home. The English Channel and Solent form the final stages of the race where, after the finish, a warm welcome awaits at the RORC Cowes Clubhouse.

The overall winner of the Sevenstar Round Britain & Ireland Race is decided by IRC time correction. In 2018 the winner was Giles Redpath’s Lombard 46 Pata Negra. Antoine Magre was one of the crew and will be racing again in 2022 on Class40 Palanad 3. A number of Class40 teams are expected for this race. Palanad 3 is both the 2021 Rolex Fastnet Race Class40 champion as well as overall winner of the 2021 RORC Transatlantic Race.

“In 2018 I said to myself that I need to do this race on a Class40. There is some upwind, but a lot of reaching angles where you can open up – it will be a whole new world in a Class40,” said Migraine. “It is a very fast and a very harsh race; that is the attraction. You know you are going to have storms to deal with and it can be very wild and hostile. It is a complete race in terms of seamanship skills – I would love to put a second notch on my belt!”

British servicemen and women have raced with the RORC since the Club’s conception. The British Army Sailing Association (ASA) was founded in 1947 and has competed in RORC races for decades. Will Naylor will skipper the ASA’s Sun Fast 3600 Fujitsu British Soldier for the 2022 Sevenstar Round Britain & Ireland Race. On three different iterations of British Soldier, Naylor has completed every race and this will be his fourth.

“For me this is a proper offshore sailor’s race,” said Naylor. “You get all of the weather conditions and you use every sail in the locker. The biggest achievement is to finish the race; a good result is a bonus. There is no better sailing test of the military skills of leadership and teamwork.

“Getting round in one piece is down to the crew. In 2018, we had power issues in the latter part of the race so we had to sail the boat like a dinghy. We crossed the finish line at 2 a.m. on my birthday. It was my first race as skipper and we had got the job done. I genuinely love this race; it is a fantastic experience and that is why I keep coming back.”

The outright race record for the Sevenstar Round Britain & Ireland Race was set in 2014 by Oman Sail-Musandam. Skippered by Sidney Gavignet, the MOD70 finished the race in an elapsed time of 3 days, 3 hours 32 minutes, 36 seconds. At an astonishing average speed of 23.48 knots, Oman Sail-Musandam set a record that few believe will ever be broken.

“The weather was exceptional…I doubt you could find better for the course, let alone the race. We went round Great Britain and Ireland without a tack, only gybes. No tack, zero tacks. That is rare, possibly unique,” commented Gavignet.

In 2014, Abu Dhabi Ocean Racing’s VO65, Azzam, skippered by Ian Walker, set the monohull race record of 4 days 13 hours 10 minutes 28 seconds. After four days of relentless, high-speed racing, pushing the crews and the fleet of VO65s to their limits, the strong downwind conditions abated. As Azzam and Team Campos closed in on the finish, the leaders had a light air battle for the line.

“The race crew have got a few bumps and bruises, sail changes were excellent and navigator Simon Fisher didn’t put a foot wrong all race,” said Walker after the race. “The first 48 hours was brutal; it has been really hard on the body and there is not much left of our hands. However, mentally nothing has been as tough as the last 12 hours.”

“This is definitely the toughest race in the northern hemisphere, harder than a transatlantic and all credit to the team who stuck at it and were exceptional, especially when the going got tough,” said Sharp after setting the new record. “You don’t expect to do a race like this without breaking gear. During the race we saw real extremes of challenging weather conditions, from heavy downwind, to light upwind sailing.

“Although in our class we had other competitive boats that pushed us, it turned out to be very much a race of attrition. Many thanks to the Royal Ocean Racing Club for organising a fantastic race.”

Long-term partner Sevenstar Yacht Transport continue to support the toughest event in the RORC racing calendar and the 2022 edition will mark their fifth as title sponsor. The Dutch yacht transport and logistics company offers safe and reliable transport for yachts, chase boat, container and spares.

The Notice of Race and online entry for the Sevenstar Round Britain & Ireland Race, can be found at: https://roundbritainandireland.rorc.org/