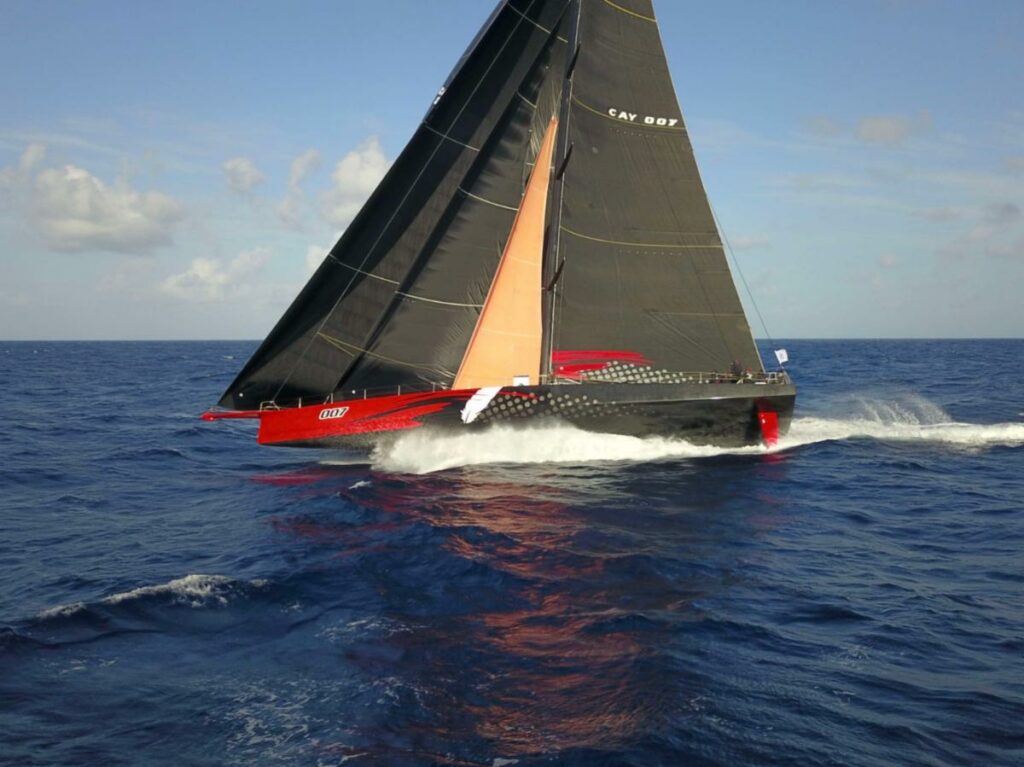 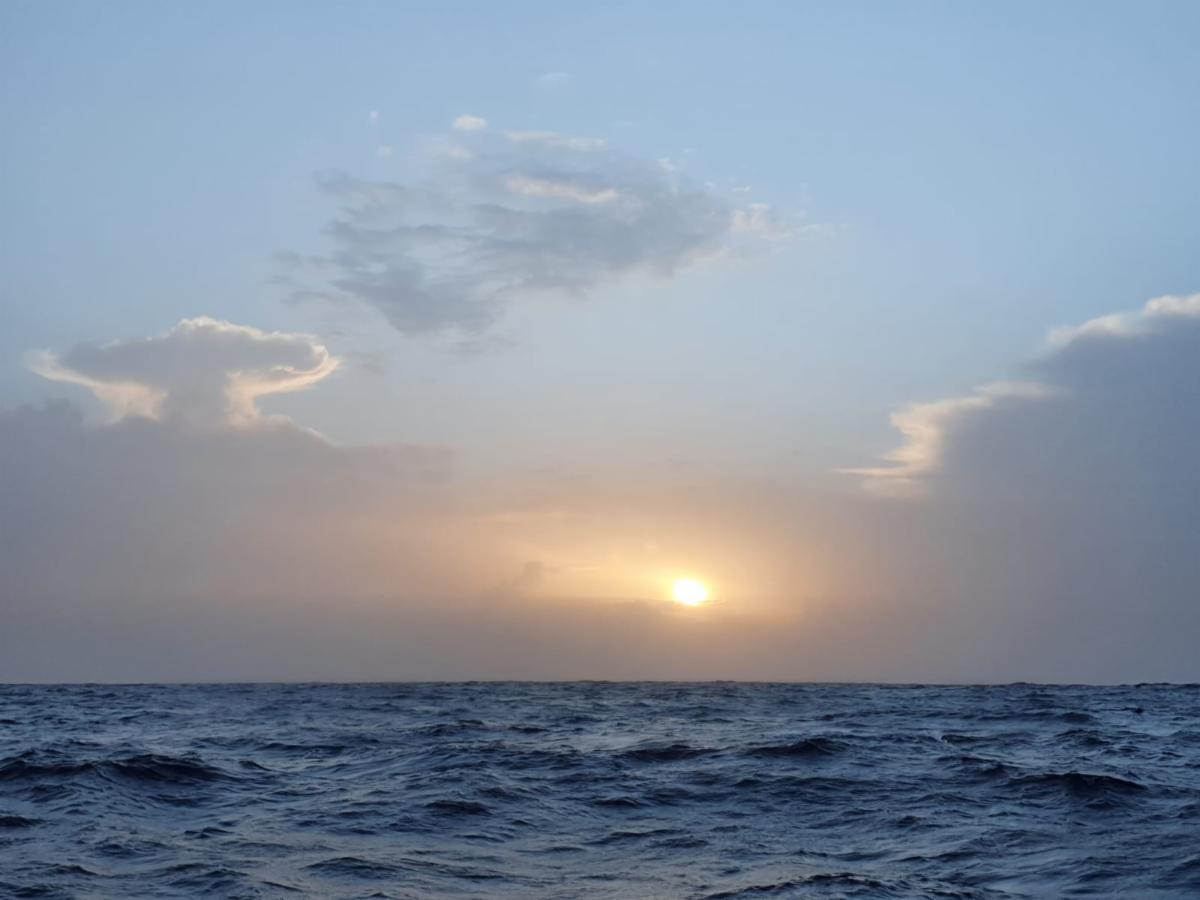 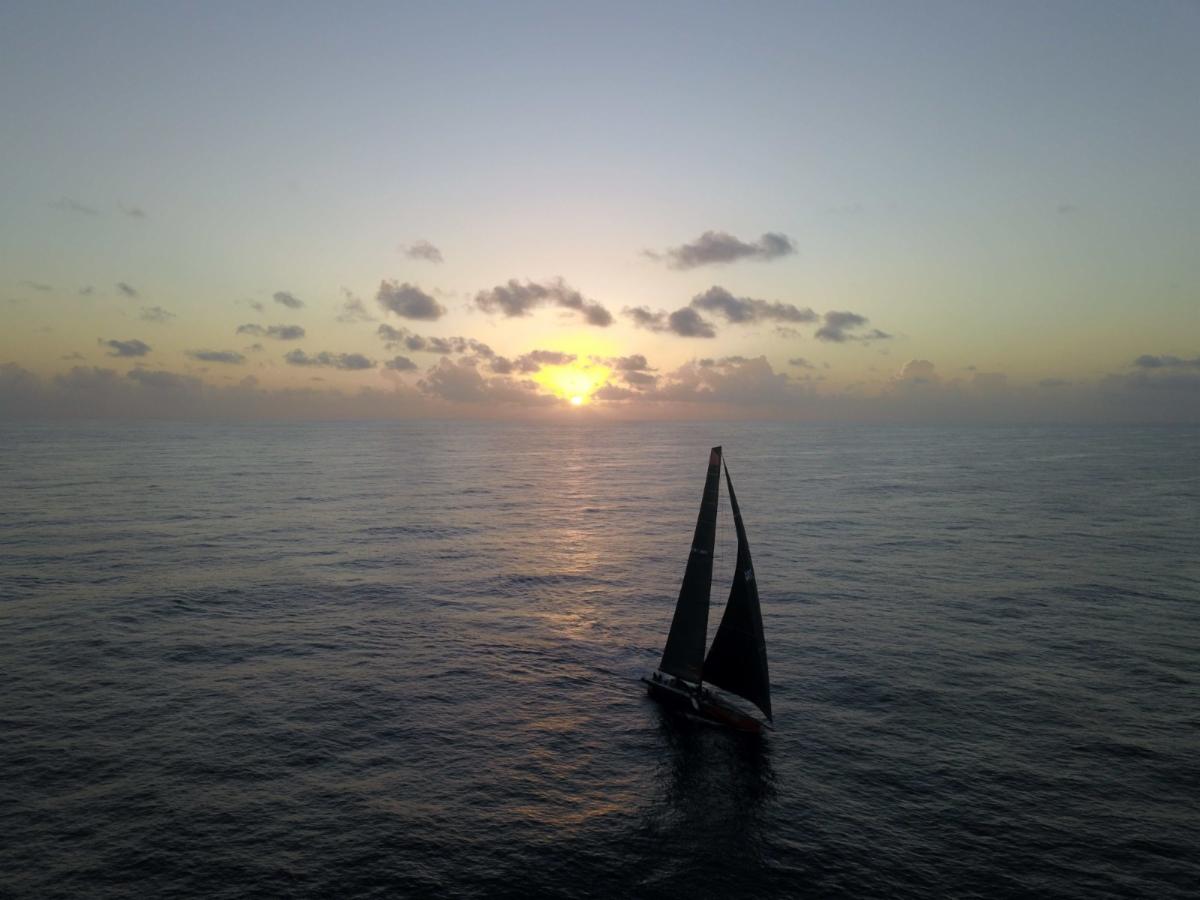 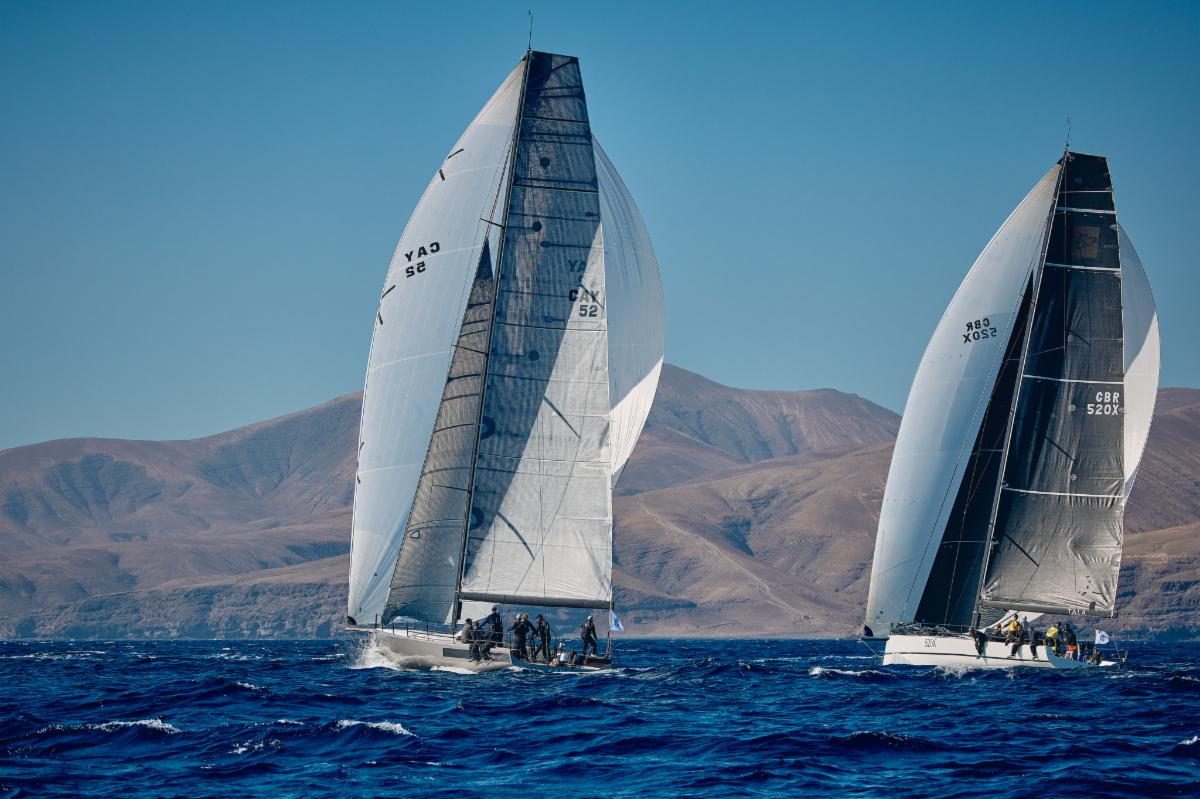 The 100ft Maxi Comanche (CAY), skippered by Mitch Booth, is 1,900 miles from Grenada and well inside monohull race record pace. The majority of the RORC fleet are north of the rhumb line. To the south an area of light winds stretches about 1,000 miles across the direct route. Four days into the RORC Transatlantic Race and the sight of land is now just a distant memory for the 29 teams racing to Grenada. The crews have settled into life at sea, rolling in the deep, their boat speed the metric for success.

Comanche’s navigator Will Oxley (0900 UTC 10 JAN) reported: “All going well on Comanche. Our goals are a safe boat and crew, line honours and a new race record. We felt we could achieve these goals without heading far north and crossing the front in big seas and strong winds. So, we have been threading the needle between a col (transition zone) and an easterly wave (atmospheric trough), trying to find enough pressure to make our way west.

“We had a slow 12 hours, but we hope we are through the worst of it now. We expect to cross the front around 0300 UTC on the day four. At this time, we will have a good idea whether our plan has been successful.” (At 0900 UTC on day four Comanche was doing 24 knots of boat speed!)

PowerPlay continues to lead the race on the water, over 50 miles ahead of Jason Carroll’s MOD70 Argo (USA) and Giovanni Soldini’s Multi70 Maserati (ITA).

Paul Larsen, on board PowerPlay, shared his thoughts after the team crossed the northerly front and pointed their bows towards Grenada: “Squinting into the lashing rain whilst wrestling in a reef. We’re in the thick of crossing the front now. It’s hard to find the right gear between squalls. Our hunters (Argo and Maserati) are 65 miles back and will also have to tread this path. We are happy with where we are…but equally aware of how quickly these boats can demolish a lead.”

Two ORC50s are competing in the RORC Transatlantic Race: Five Oceans (FRA) skippered by Quentin le Nabour and GDD (FRA) skippered by Halvard Mabire, racing two-handed with Miranda Merron. Both teams have crossed an area of light winds and are bracing themselves for strong northwesterly winds to come. Five Oceans leads by 55 miles, having taken a more northerly route than GDD.

Miranda Merron contacted the RORC Media team (1000 UTC JAN 11): “Well done RORC for organising a race in phase with the lunar cycle! Each night we are treated to an hour more of ever-brighter moonlight. However, the weather department must be on holiday. According to the brochure, this race is supposed to be a downwind sleighride in the tradewinds, but there is a nasty little low, marked ‘gale’ on NOAA’s synoptic map, which is spoiling the party and heading this way.”

“Finally, we are through this front and the boat speed is back in the 20s again, with a gusty 30 knots sometimes,” commented Aksel. “We are finally heading more for Grenada, which is quite a relief. Looking ahead, it looks like the low pressure scenario will repeat itself, with us having to negotiate a wedge of light airs before we can get into the next cold front and low pressure system. All is good on board, everyone quite soaked and difficult to stay in the bunks at times. The food has been great, currently enjoying some jamon iberico in the nav station while the guys are getting smashed on deck!”

The three leaders are currently passing through a transition zone of lighter winds. Black Pearl has chosen a WSW course to get to the better pressure, while Tala and Caro are heading NW. The result of the difference in opinion will be revealed at the 1200 UTC sched.

About 90 miles behind the class leaders, Jean Pierre Dreau’s Mylius 60 Lady First 3 (FRA) from the Yacht Club de France, is battling with Dominique Tian’s Ker 46 Tonnerre de Glen (FRA). François-Xavier Li contacted the RORC Media team and commented: “Tonnerre encountered a little less wind during the night, which allowed Lady First, our friends from Marseilles, to make an 11 mile gain to catch us up. The Marseillais sail together!”

It will be an interesting 24 hours for the leaders in the class as they negotiate an area of light wind right across the racecourse. Pata Negra leads a pack of boats to the south, including Christopher Daniel’s J/122 Juno (GBR), Martin Westcott’s Swan 57 Equinoccio (CHI), and Carlo Vroon’s Hinckley 52 Diana (NED). If the southerly boats can find a way through the light winds, they will make huge gains on the boats to the north.

Remy Gerin’s 65ft Spirit of Tradition sloop Faïaoahé (FRA) representing the Yacht Club de France is back in the race. The two-handed team of Remy and Bernard Jeanne-Beylot suspended racing on day three to fix a problem with their auto-pilot, all within the race rules, and now Faïaoahé is back in action on the course.