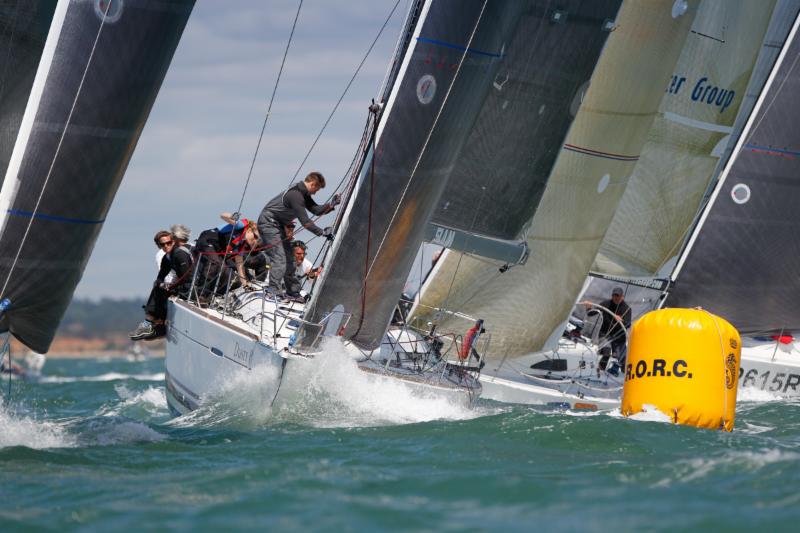 15/03/2016
The RORC Easter Challenge is the opening event for a long season of offshore racing. Designed as a 'training whilst racing' regatta, the RORC Easter Challenge is a great way to blow away the winter cobwebs and get world class on-the-water coaching from a team of experienced sailors under the guidance of Jim Saltonstall, and includes the North U Regatta Services coaching team from the USA.
Offshore Championship
April sees the start of the domestic RORC Season's Points Championship with the opening offshore race, the Cervantes Trophy from Cowes to Le Havre on the 30th April. The Cervantes is followed by the North Sea Race from Harwich to Scheveningen on the 6th May and the very popular De Guingand Bowl which is a coastal race around marks in the Channel on 14th May. The Cervantes Trophy and De Guingand Bowl races will form part of the British team selection trails for the Brewin Dolphin Commodores' Cup in July.
RORC continue to experiment with Virtual Marks
This season the RORC will continue to develop its experience with virtual marks. In an effort to even out the tidal effect on a yacht the RORC will vary the length of the course to suit different size and speed of yachts. Faster boats will sail a greater distance than smaller boats and the results will be based on average speed.
“This is a new initiative the club is trying in a couple of races this year,” said RORC Racing Manager Nick Elliott. “The legs of the courses can be set in the same direction but with increased mileage for the faster boats; the hope being that boats sail in the same tidal conditions for a similar amount of time making the result fairer.”
Busy season continues
The busy month of May continues with the Myth of Malham race on the 28th; a race from Cowes, around the Eddystone lighthouse off Plymouth and back to Cowes. This replicates the first part of a typical Fastnet race and is very popular.
June has the Morgan Cup Race to Dieppe or for those seeking more adventure or the challenge of a classic offshore course; the Volvo Round Ireland Race on 18 June. The 704nm circumnavigation of Ireland is rewarded in the Points Championship with a 1.4 points factor, fitting for the tough course taking in the exposed Atlantic coast before pitching you into the Irish Sea. Starting and finishing in Wicklow the welcome will be warm and hospitable.
Cowes Week at the beginning of August is the highlight of the season for our club in Cowes. There are a host of social events being run for members and guests, including cocktail parties on Saturday 6th and Wednesday 10th and the annual 'Corinthian Ball' on Tuesday night, and firework party on Friday night.
New Race in RORC Programme
Following Cowes Week is the new Île d'Ouessant Race from Cowes to St Malo via the Wolf Rock and around Ushant on the north west corner of France. This 400nm race has already attracted much interest and looks likely to become a regular fixture in the RORC Calendar in a non-Fastnet year.
The beginning of September sees the culmination of a very busy season with the final offshore, the Cherbourg Race on 2nd September; an overnight sprint from Cowes to Cherbourg.