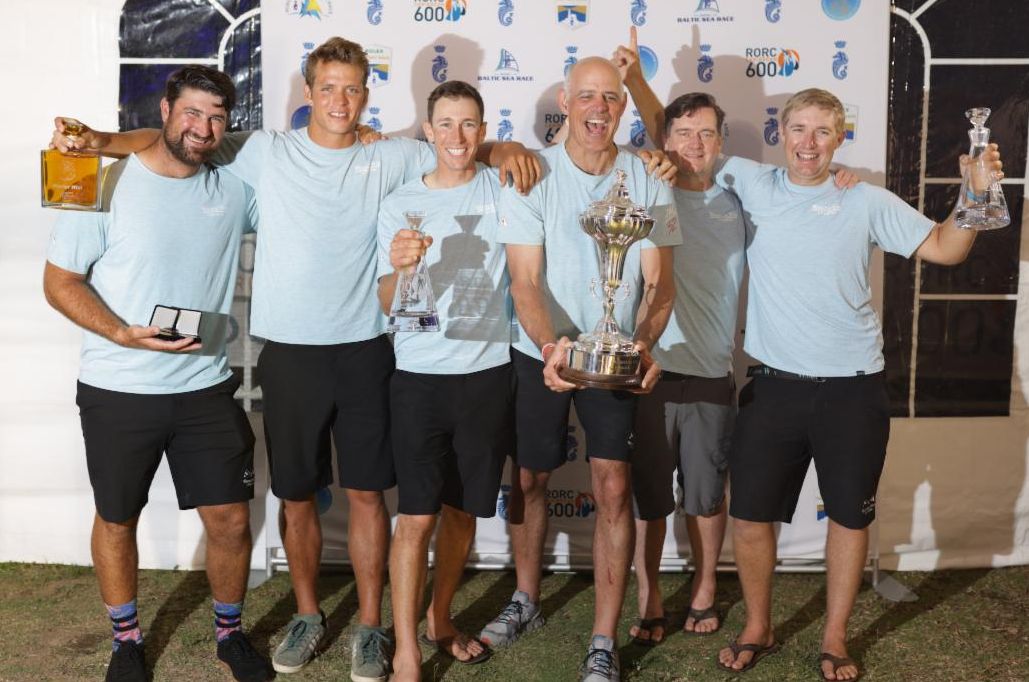 Racing in IRC Zero, Warrior Won’s victory was against top-class opposition and the catalyst that propelled the team to an overall win. Tala was second in class, Kate and Jim Murray’s Pac52 Callisto (USA) was third and Eric de Turckheim’s NMYD54 Teasing Machine (FRA) fourth.

“I feel so much joy right now, it is very humbling. I am overwhelmed when I think of all the great teams that have won this race, it is just extraordinary,” commented Warrior Won’s owner/skipper Christopher Sheehan.

“We have been preparing for the last eight months and the mantra of Warrior Won is humility and extreme confidence, which results in positive energy on board, creating hard work and collaboration. Every member of the Warrior Won team has put in an outstanding performance.”

“I am super-proud of all the team that have made this possible; it has been an incredible effort and very tactical and demanding for the crew with many sail changes,” Skorpios skipper, Fernando Echavarri, commented.

“The RORC Caribbean 600 is an amazing course because of the beauty of the islands as well as the technical challenges. Thank you very much to the RORC and the people that make this race possible, it is an incredible race and we hope to be here next year.”

“This race is always an emotional rollercoaster,” commented Carroll, who has come runner-up in the last two editions.

“I think we traded the lead with the other boats about five or six times and the last change was just before the finish with Maserati. We knew there was about a 30-degree header coming and we had a tacking duel with more tacks than we had done the whole race.

“Maserati tacked a little too close to us before they could build speed and we luffed them and pulled out the win. This win is one of the sweetest from how hard-fought it has been. This was an opportunity not just to sail fast but to flex your sailing skills. This is our favourite regatta of the year; it is very well run and we love coming to this one.”

The winner of the nine-strong Class40 division went to the wire with a dramatic finish. Charles-Louis Mourruau’s Guidi (FRA) had led for most of the race but stalled as the breeze faded with the finish line beckoning.

Finimmo (FRA) took the lead in the last few miles to win by just 61 seconds after racing for well over three days and nights. The spirit in the Class40 division shone through with the Finimmo team going to greet Guidi, consoling their adversaries.

Figarist, Veniard, commented: “We had a good start, the first Class40 to Barbuda, but then Guidi came back and smashed us downwind. At St Maarten we fought back but Guidi extended on the downwind leg to Guadeloupe.

“Our strategy at Guadeloupe did not work and when we were 20 miles behind we thought the race was lost. After Redonda, Guidi was offshore in no wind and we passed them to win. It was the icing on the cake, after a match race like that.”

The 2022 RORC Caribbean 600 attracted 74 teams with 738 sailors from 32 different nations and returned with the most impressive fleet in the 14-year history of the race.

Moderate trade winds faded to a lighter breeze during the five days of the race, but that did not stop Argo setting a new multihull race record in a thrilling finish with Maserati.

There was sizzling competition right through all the IRC classes and the Class40 division.

“Tactically, the RORC Caribbean 600 rates as one of the hardest in the world. It is like a heavyweight boxing match; the lefts and the rights just keep coming at you and you wait for that knockout punch. At any moment you can park up, no lead is safe until the very end,” commented Warrior Won’s tactician, Richard Clarke.