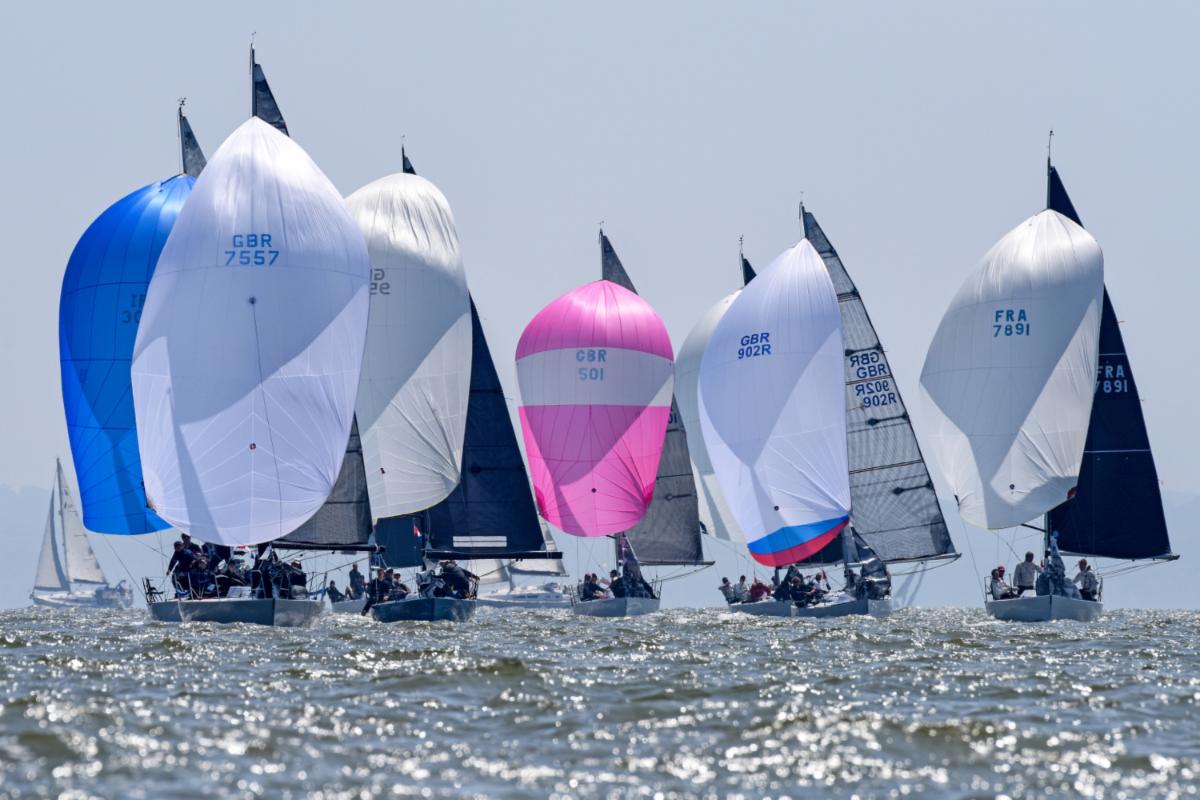 In line with the continued COVID-19 Government guidance, as well as advice from many of the host finishing clubs in Europe, the Royal Ocean Racing Club (RORC) has, with regret, had to cancel or change a number of its key events.

The Cervantes Trophy race from Cowes, Isle of Wight to Le Havre, France scheduled for May 8 has been cancelled. Le Havre port remains closed and is unlikely to re-open until later in May or early June. Members of the SRH (Société des Régates du Havre) and volunteers for this race have turned their attention to weekly Virtual Regatta inshore racing and drinks over their racing WhatsApp group (Thursday nights for anyone interested).

RORC's North Sea Race which starts from Royal Harwich Yacht Club and sails to the Dutch port of Scheveningen has also been cancelled. The race – which was due to start on May 22- has traditionally joined forces with Scheveningen Yacht Club's North Sea Regatta (the Vuurschepen Offshore Race) which was to celebrate its 75th regatta anniversary. Dutch authorities have currently closed the port, the club, and limited recreation activities until June 1.

RORC has also elected to cancel the Vice Admiral's Cup Regatta, scheduled for May 15 – 17. In recent years, this inshore regatta has enjoyed considerable growth and has become a 'must-do' event for one-design and specialist classes. With competitors needing to confirm details for the regatta, and with the RORC Cowes club house being closed in line with Government guidelines, it was felt prudent and in the interest of all parties to cancel the event early.

The RORC is especially sympathetic to the Royal Cork Yacht Club concerning their Tricentenary Celebrations in July. The Cork Week Regatta, the IRC European Championships, and many other activities have all been cancelled. The oldest yacht club in the world announced today that they took this difficult decision in conjunction with their partners to safeguard the health of sailors, visitors, volunteers and the community at large, and to give certainty to those participants and visitors who had scheduled to come to Cork in July.

RORC's Morgan Cup race, scheduled for July 8 was to act as a feeder race for the Cork Tricentenary Celebrations, however due to the cancellation, the course will no longer head to Ireland. At this stage there is no planned replacement course, but it likely to finish in the vicinity of the Solent.

RORC Racing Manager Chris Stone commented: “We are in extraordinary times and making these decisions, whilst unavoidable due to the Coronavirus pandemic, has still been very hard at the beginning of an exciting season of races. There is a huge amount of planning that goes into every race we run, so we can sympathise with the Royal Cork Yacht Club who have been in the planning process for many years. We will continue to monitor the pandemic and keep those who race with us fully informed in good time about the next races in the RORC Season's Point Championship.”