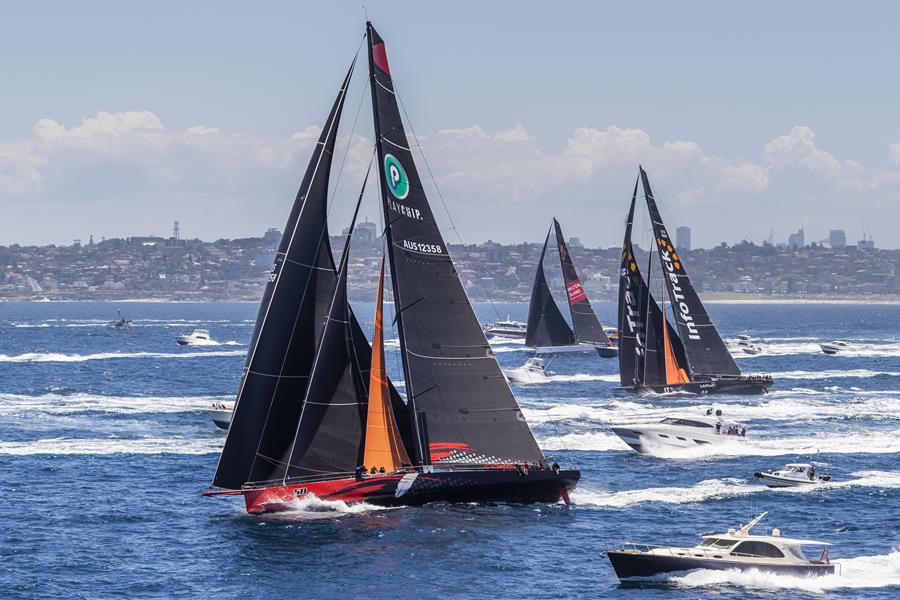 Multiple 100ft supermaxis are lining up once again to battle to be the first yacht to Hobart. Credit - Rolex/Studio Borlenghi

The Cruising Yacht Club of Australia (CYCA) has announced a milestone 100th yacht has already entered this year’s 75th Rolex Sydney Hobart Yacht Race, with the receipt of Marcus Grimes’ entry for Insomnia, a JV42 from Pittwater in NSW.

Insomnia, previously known as Elena Nova, has competed in one of Australia’s greatest sporting events only once, in 2016 with a previous owner. The seven-year-old is joining a cast that includes some of the fastest and most modern yachts in the world, along with winners from yesteryear and newcomers.

“It’s my first Hobart race and I’m excited, as it’s been two years in the planning,” Grimes says. “I especially bought this boat for it.”

At the pointy and technologically advanced end are super maxis Black Jack, InfoTrack and SHK Scallywag 100, a record-breaking boat which took line honours in the Transatlantic Race from Rhode Island to Cowes only a few days ago.

Ed Psaltis won the tragic 1998 race and returns with his most recent ‘Midnight Rambler’, a Sydney 36. Among those being initiated into the race is Melbourne’s Carrera S, a Marten 49 owned by Gerry Cantwell and Finnish yacht, Lintu, a Swan 57 owned by Jyrki Mki. Lintu is one of six internationals already signed up.

CYCA Commodore, Paul Billingham says, “The 2019 Rolex Sydney Hobart Yacht Race, the 75th race to Hobart, is going to be one of the most memorable in the history of our great race. We are ecstatic to have 100 entries at such an early stage and thrilled to have such a strong fleet from across the country and around the world.”

When the start cannon is fired on 26 December at 1300hrs local time, one of the largest and most competitive fleets from around the globe will be on show. Each will take home a memory and piece of history, having taken part in the 75th Sydney Hobart.

Entries into the 2019 Rolex Sydney Hobart close on Friday 25 October at 1700hrs. For full list of entries and further information visit www.rolexsydneyhobart.com