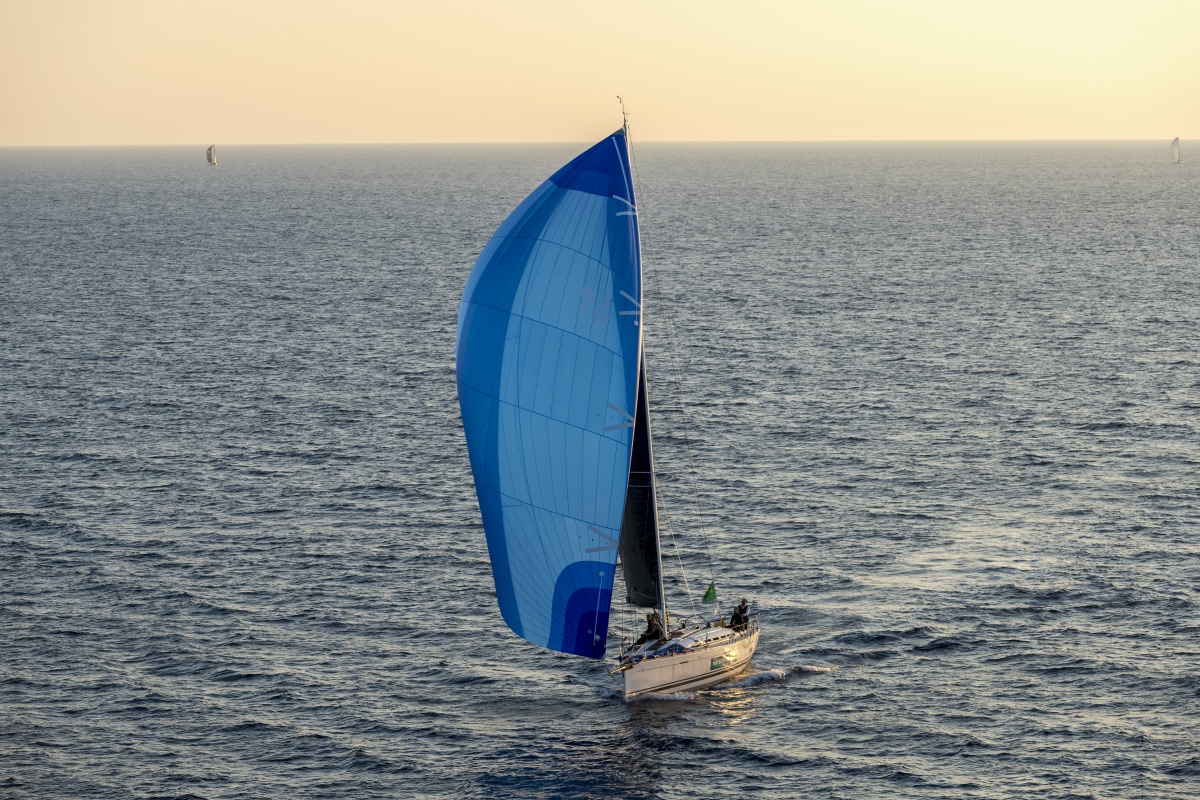 The 40th edition of the Rolex Middle Sea Race has continued to provide plenty of twists and turns.  For many yachts the race is over; they are tied up to the dock, enjoying the hospitality of the Royal Malta Yacht Club or the historic city of Valletta.

Some 54 yachts have completed the course to date. With 17 yachts officially retired, a further 42 are still out on the course. The wind in the Sicily channel finally started abating today and a transition zone is moving eastwards from the western Mediterranean. Later tonight (Thursday, 24 October) a north-westerly flow will start to dominate.

The standings in all classes are beginning to take shape and the overall picture is now in sharp focus. This afternoon, at 16:30 CEST, the Maltese First 45 Elusive 2 was announced as the overall winner of the 2019 Rolex Middle Sea Race.

Late last night it had looked likely that 2018 race winner, Géry Trentesaux’s Courrier Recommandé (FRA), might be the first yacht to win the race back-to-back since Nita IV won three in a row between 1978 and 1980. As it was, the Blackwater incident on Day 4 (Tuesday), which saw a number of yachts standing by to lend assistance to the dismasted catamaran, ended up influencing the results. The Jury had to sit for several hours today hearing requests for redress from the crews involved. At the end of the final hearing the results were recalculated. Elusive 2 had moved into the lead with a margin of 15 minutes.

For the Podesta siblings – Aaron, Christoph and Maya – racing the yacht and, indeed, their mother Christine ashore – this is a massive moment. The three have raced together every Rolex Middle Sea Race since 2002, except 2014 the year of Aaron’s marriage. When they first started racing as a trio, it was with their father, Arthur, who in turn had taken part in every race since 1968 until his untimely death in 2015. For the Podesta children to continue the family legacy is a commitment of effort and emotion.

Arthur won the race, himself, as crew on three occasions with Josian in 1968, Tikka in 1970 and Saudade in 1983. The only minor blemish on his otherwise impressive record was that he never won the race as skipper of his own yacht; something he tried very hard to do. Significantly, though, his knowledge, experience and, above all, passion for the race have been passed onto his children. All three are exceptional sailors in their own right. This win is a tremendous confirmation of their talent and determination. It is equally affirmation of the lessons learnt with their father.

“Our father was with us on the boat and everything that we have managed is down to him and for him,” said an emotional Maya. “The race itself has meant a lot to us for a long time and this result is 18 years in the making. We started racing because my dad wanted us to join him. We quickly picked up the bug, and we have always wanted to climb up the ladder, and now we have done it.”

“A huge portion of this race is preparation, as soon as we finished last year's race we started preparing for this year,” advised Christoph. “The boat was fantastic, it did not fail us in any way and that was a big part of our success. Winning this race is a massive achievement for us, the whole crew is family and friends.”

“This win hasn't sunk in yet. All of our sailing is planned around this race, it affects our family plans, but the whole family realise how important it is to us,” explained Aaron. “Their support gives us the possibility of putting in so much preparation. This is the top, the name Elusive has been associated with the race for 18 years and it is an unbelievable achievement to win against the best.”

Elusive’s arrival at 19:31 last night was the beginning of 24 more hours of activity at the finish as 26 more yachts filed in, a number helping to complete class podiums. The stories from the boats were primarily focused upon the extraordinary upwind conditions encountered on the leg from Pantelleria. For most, the wind had not been the problem. It was the waves that posed the greatest danger. Short, steep and increasing in size as the wind built, yachts were subjected to jarring and slamming as they punched through to Lampedusa. On the following leg to Comino, the angle was a little easier, but it was still an upwind fetch.

Elusive was not the only yacht to receive a time deduction from the Jury. Four Xp 44s, that enjoyed a colossal scrap throughout the race were all awarded time for lending their support. In the end, it was Sean Borg’s Xpresso that won through, beating their Maltese sistership Xp-act, co-skippered by 14-year-old Richard Schultheis on his first race and Timmy Camilleri on his 26th race, by 30 minutes on corrected time.

In IRC 6, Ludovic Gérard's JPK 10.80 Solenn (FRA) has provisionally won IRC 6. This is the French team’s second race. In 2018, they lost out to Timofey Zhbankov's JPK 10.80 Rossko (RUS) in class by just 30 minutes on corrected time. This year, racing in the largest class of 25 crews, Solenn and Rossko engaged in a 606nm match race. Arriving this morning, half an hour apart, Solenn won by just four seconds on corrected time in a dramatic finish at the Royal Malta Yacht Club.

“Can you imagine how intense that was? Winning by just four seconds is peanuts, it is just one bad tack,” commented Ludovic Gérard. “The first two or three days were difficult, we had very little wind and at Messina for example we struggled with the current.” As for the competition presented by Rossko, Gérard was full of admiration. “We were rarely apart for the whole race,” he continued. “At Lampedusa, we did make a break from them. We thought that the wind would change direction, so we went south while they went to the west. We ended up two miles behind.” It was on the final short leg from Comino to the finish, that Solenn made the decisive move, heading inshore.

The smallest boat in this year's Rolex Middle Sea Race is Pegasus (ITA), the Akilaria 950. Just 9.5m (31ft) and raced double-handed by Francesco Conforto and Roberto Rovito, at sunset on the fifth day of the race (Wednesday 23 October), Pegasus was approaching Pantelleria. Conforto and Rovito decided to pull in to assess the weather conditions for the final 200 miles of the race. “We made the difficult decision to retire,” commented Conforto. “There was too much wind and the waves were sometimes over four metres high. The wind is due to turn northwest, which will mean the sea will be even more agitated. We felt that it was not safe for Pegasus to continue.”

The Pegasus crew has every intention of making the prize giving in Malta this Saturday. They will not be disappointed. A Maltese win, and perhaps especially this one, will be cause for an even bigger celebration than usual.