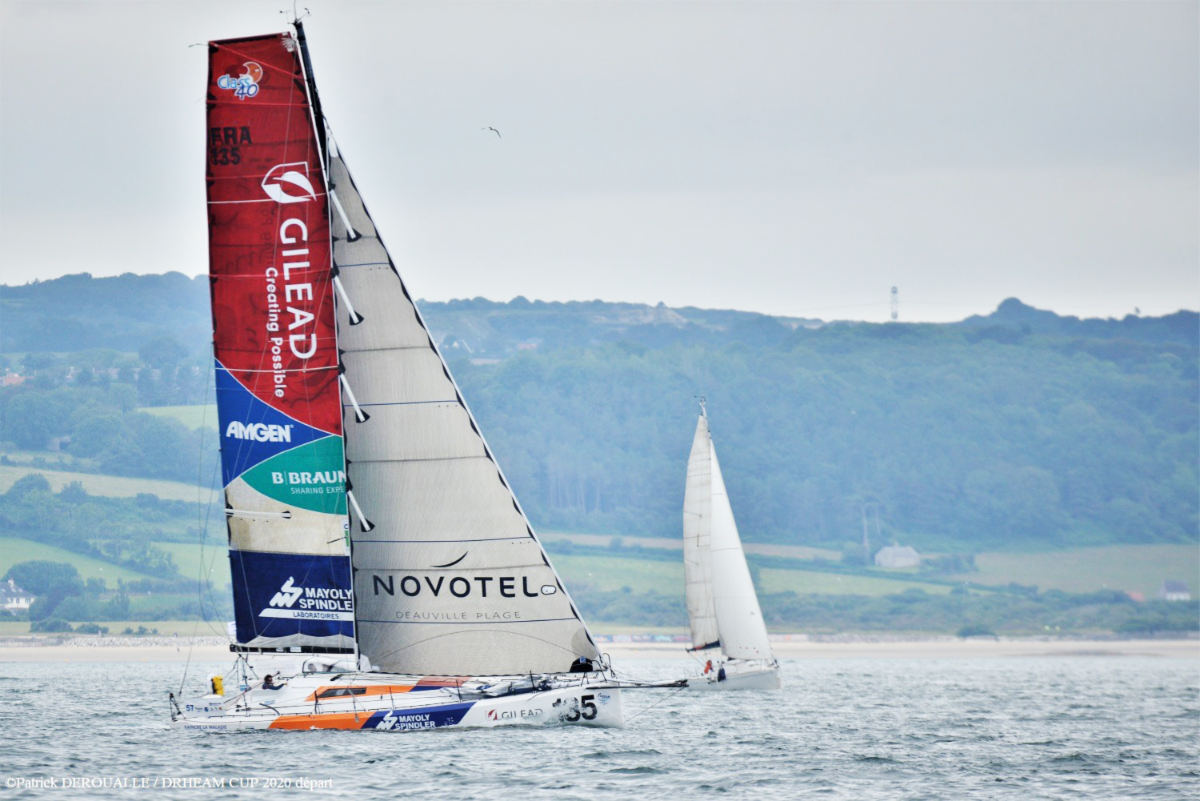 While this year’s Rolex Fastnet Race will be highly competitive at the front of the fleet, for many among the record-sized entry of 453 yachts (at present), the objective of tackling the 695 mile course from Cowes to Cherbourg via the legendary rock off southwest Ireland is just to get round successfully. For many, personally, they are taking part to experience the challenge, a lifelong ambition, an adventure, a bonding experience with family and friends, to improve on a previous result or because, this year’s race will be historic, for the first time in its 96 years finishing in Cherbourg. There are many reasons crews will be setting off from the Solent on the Royal Ocean Racing Club’s premier event on 8 August other than to come first.

Several yachts are entered with crews from the British Armed Forces, competing in the Rolex Fastnet Race for their own trophies – the Inter-Regimental Cup: Best Service Boat under IRC and the Culdrose Trophy for the top Service Boat to the Fastnet Rock. The most high profile service entry is the Army Sailing Association’s Fujitsu British Soldier. This team has enjoyed considerable success notably in 2018 when their X-41 won the RORC Season’s Point Championship. They have since changed to the Sun Fast 3600 Fujitsu British Soldier which despite owning her since the end of 2019 they have yet to race it offshore due to the pandemic.
In addition to providing a sports activity for their soldiers, the ASA also views it as training, helping to improve teamwork, and operational effectiveness in their soldiers which encouraging their most promising sailors to progress up the sport.

Across the fleet many are using the event to raise awareness for charities and causes. Most notable is this year’s youngest competitor 12-year-old Zoe d’Ornano, who will be on one of the Tall Ships Youth Trust’s two Challenger 72s entered. A keen dinghy sailor and an experienced crew cruising with family and friends, she will use the race to raise awareness of the work of the TSYT while fundraising to give some of the country’s most disadvantaged young people a life-changing experience at sea. Founded in 1956, the Tall Ships Youth Trust has supported over 120,000 young people, aged 12-25, the majority disadvantaged or disabled. It also helps young people redefine their horizons through adventure learning at sea.” Zoe’s Just Giving page: https://www.justgiving.com/campaign/ZoeFastnet.

The Dutch Childhood 1 project is entered, aboard the former Team Brunel VO65. They race to raise awareness of children’s rights while fundraising for the Childhood Foundation. In 2019 Childhood 1 participated in the RORC Transatlantic Race, winning the International Maxi Association Trophy for line honours.

For those without their own boat, many take part in the Rolex Fastnet Race aboard charter boats or with a crew from a sailing or race training school. For example Jonathan Moon from Chandlers Ford will be racing with the Sail Racing Academy on board their First 40.7 Escapado, skippered by Germaine Williams. Moon chose to do this to coincide with the 40th anniversary of when his father Paul competed on the UFO 31 The Happy Return: “I still recall going to watch the start and feeling excitement and worry, after all this was my Dad – my hero – the man who taught me how to sail, heading off into a race that two years before had taken the lives of 15 sailors.”