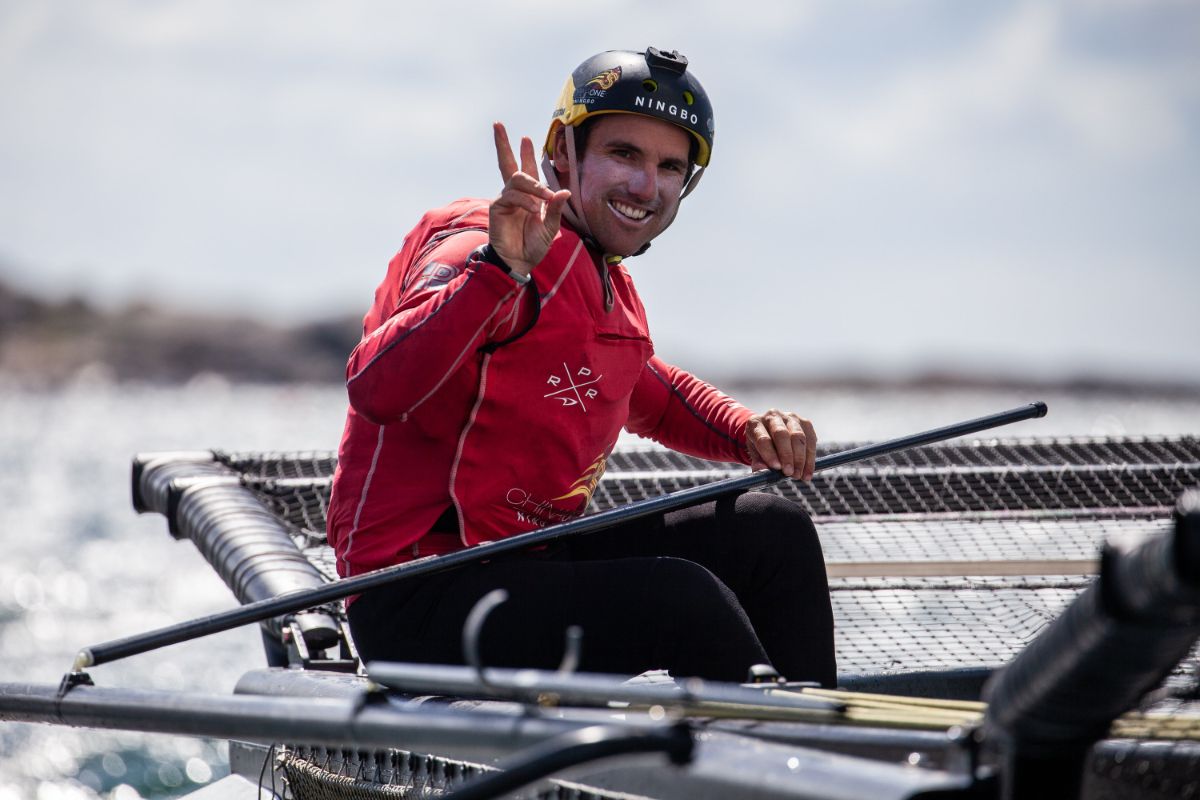 Marstrand, Sweden (3 July 2019): The island of Marstrand on the west coast of Sweden today proved why it is one of the best sailing venues in the world, as the twelve teams competing in the World Match Racing Tour championship finals revelled in spectacular conditions for fleet race Qualifying of the five day event.  2016 Match Racing World Champion Phil Robertson (NZL) and his China One Ningbo team finished the day on top of the fleet leaderboard with a solid 2-1-2-1 performance.

Sailing under a single reef in a 20-22 knot WNW breeze with gusts to 30 knots at the windward gate in the afternoon, the trio of Match Racing World Champions – Phil Robertson (China One Ningbo), Ian Williams (GAC Pindar) and Taylor Canfield (US One) – were quick to post scores on the board, along with last year’s GKSS Match Cup Sweden winner Yann Guichard (Spindrift Racing).  Defending World Match Racing Champion Torvar Mirsky (Cetilar Mirsky Racing Team) had a more disappointing day lying 8th after Day 1.

After two third place finishes, Australian Harry Price (Down Under Racing) found his boat without a rig while practising for his third race. “We were just bearing away during the practise between races and the rig just fell forward,” said a surprised Price after the incident.  Fortunately, the rig remained fully intact during its fall and, despite having to take average points for the race, Price and team were quick to retrieve the rig with the on-water support team.

The GKSS Match Cup Sweden event this celebrates its 25th year in 2019, a long term flagship event of the World Match Racing Tour since its inception in 2000, then named the Swedish Match Grand Prix Sailing Tour. Spectators arrived in their thousands to the island today ahead of what promises to be a thrilling finale to the 2018-2019 World Match Racing Tour season. Amongst the crowd was former Swedish Match Tour champion and local match racing celebrity Magnus Holmberg, proudly supporting his son Måns sailing in the event.

Tomorrow's forecast is for strong winds ahead of clearer conditions for Friday and the weekend. Racing is scheduled to start at 10am.