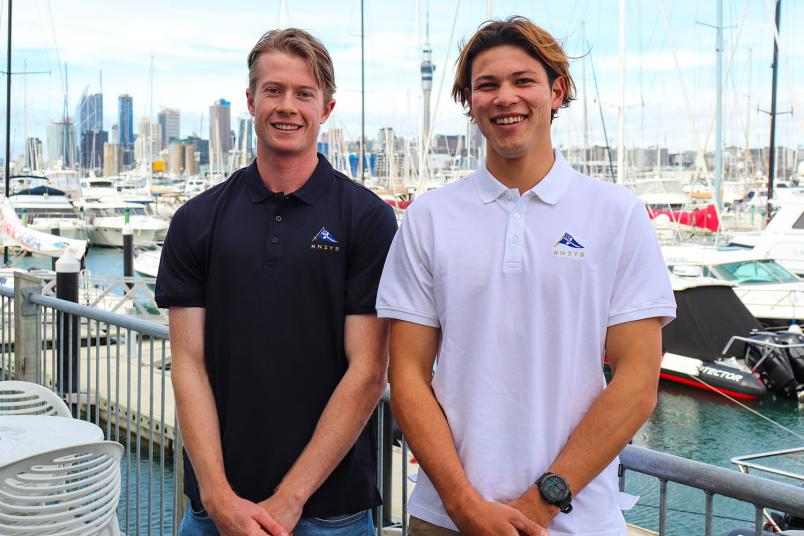 The strength of the overall squad has seen the Royal New Zealand Yacht Squadron decide to enter two teams in next year’s Youth America’s Cup event in Auckland.

Nick Egnot-Johnson, the world's No 2-ranked match racer, will skipper one team while Leonard Takahashi, who sails with the Japanese SailGP team and also campaigns in the 49er, will skipper the other. The two teams who have been selected both include four starting sailors plus a reserve male and female for each team.

The Royal New Zealand Yacht Squadron initially received 88 applications for the team, which was reduced to 17 and then 12.

The squad underwent a significant fitness testing and interview process and it became apparent the strength and depth within the squad was sufficient to enter two teams.

“It’s not a bad problem to have,” RNZYS commodore Ian Cook said. “After a thorough review, it was obvious that we had enough talent to enter two really exceptional teams who are both more than capable of going on to win the event.

“There is no A or B team and we are really happy with the end result. We can’t wait to see both teams begin training against one another, push their skills even further and hopefully lift the trophy in March next year. We are looking forward to seeing who will be the next America’s Cup star discovered.”

The Youth America’s Cup, which will be sailed in foiling AC9F yachts, will take place over a three-week period in the off sailing days of the Prada Cup Challenger Series finals and America’s Cup match (Feb 18-23, March 1-5 and March 8-12). As many as 18 teams have already entered, 15 from international teams, and also includes a team from the Royal Akarana yacht Club.

Most of those selected in both of the Royal New Zealand Yacht Squadron's teams have come through the RNZYS Mastercard Youth Training Programme and RNZYS Performance Programme.

“It is great to see all the hard work for these young sailors beginning to pay off,” Cook said. “The youth programmes at the RNZYS have been generating top talent for years now, and even picking two teams was no easy task.

“There were plenty of other applicants who were right up there in terms of making the grade but we had to make some difficult decisions and choose the best possible teams we could.”

The teams' first outing together will be at the Yachting Developments NZ Match Racing Championship.

*The female reserve for each of the teams are still to be confirmed.

See here for more information on the Youth America’s Cup